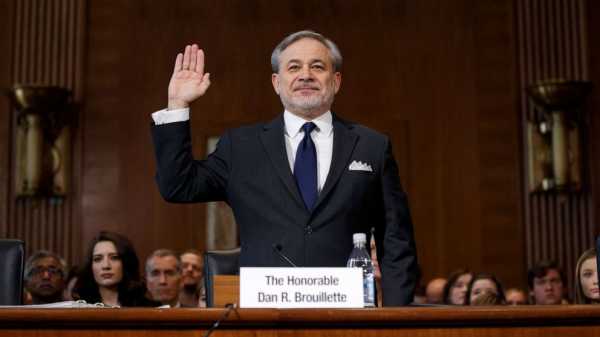 The U.S. Senate voted 74-18 to advance the nomination of Dan Brouillette as energy secretary Thursday, ahead of the upcoming Thanksgiving holiday recess.

Brouillette was nominated as Secretary Rick Perry prepares to step down in December, amid scrutiny over the role he played in the president’s dealings with Ukraine.

The deputy energy secretary has served since August 2017, when he was confirmed in a bipartisan 79-17 vote. Brouillette currently leads day-to-day operations at the Department of Energy under Perry.

Brouillette faces a final confirmation vote on the Senate floor next month. 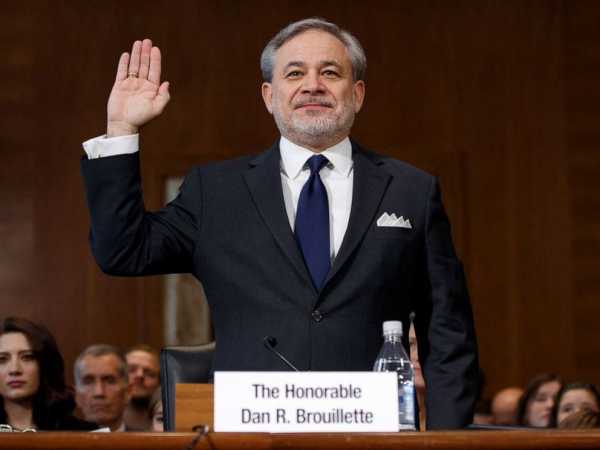 Secretary of Energy nominee Dan Brouillette is sworn for a hearing on his nomination, Nov. 14, 2019, on Capitol Hill in Washington.

Last week, during his nomination hearing before the Senate committee on Energy and Natural Resources, Sen. Ron Wyden, D-Ore., pressed Brouillette on his knowledge of conversations between Perry, Naftogaz — a Ukrainian oil and gas company — and President Donald Trump’s personal attorney Rudy Giuliani.

«Are you aware of the nature of any communications with Naftogaz?» Wyden asked. «Because initially you said you knew there were communications, so being the deputy, I’d be inclined to say somebody like yourself — who’s knowledgeable, I’ve watched you over the years — would know a little bit about the nature of the conversations.»

Brouillette repeatedly said during the hearing that he wasn’t aware of or a part of the conversations.

«I wasn’t party to that, I didn’t have any knowledge of that,» he said in response to Wyden. «I am aware that within the department there are technical experts that from time-to-time will interact with colleagues about these types of matters. But I’m not aware of any conversations between the secretary and anyone at Naftogaz.»

Trump announced his plans to nominate Brouillette on Twitter in October, one day after Perry — who has been described by colleagues as one of the «three amigos» on U.S. policy on Ukraine — announced his resignation from the Energy Department’s top job.

(MORE: Energy Secretary Rick Perry, 1 of the ‘3 amigos’ on Ukraine, tells Trump he plans to resign)

Trump officially nominated Brouillette two weeks ago and Broulliette responded with a video on Twitter, tagging the president.

Brouillette wrote, «I’m grateful for the opportunity to serve in your cabinet and I am ready to get to work.»

«I have the utmost confidence the Department of Energy will continue to thrive under Dan Brouillette,» Perry said in the statement. «Dan has faithfully served as my Deputy, helping to advance American energy security and position the United States as the world’s premier energy leader.» 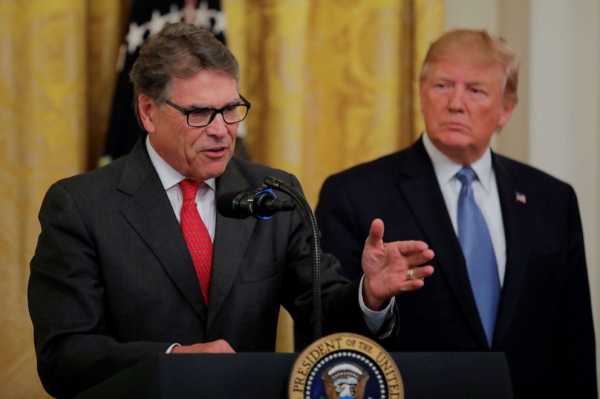 A file photo of President Donald Trump listening to Energy Secretary Rick Perry while he speaks during an event in the East Room of the White House in Washington, July 8, 2019.

Prior to becoming the deputy energy secretary, Brouillette served as chief of staff to the House Energy and Commerce Committee and was assistant secretary of energy for congressional and intergovernmental affairs in the George W. Bush administration.

Before joining the Trump administration in 2017, he most recently worked as an executive at the United Services Automobile Association and the Ford Motor Co. He also served as a member of Louisiana’s State Mineral and Energy Board.

Brouillette is a Louisiana native, graduate of the the University of Maryland and longtime resident of San Antonio, Texas. He and his wife, Adrienne, are U.S. Army veterans and have nine children together.