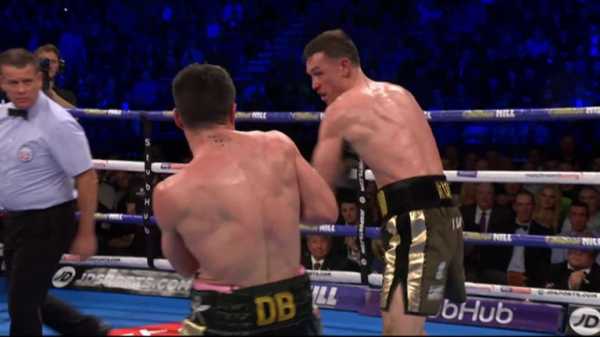 Callum Smith stayed on course for a super-fight next year after battling past John Ryder at the M&S Arena in Liverpool on Saturday night.

Smith successfully defended WBA ‘super’ super-middleweight title for a second time with a hard-fought 117-111, 116-112, 116-112 victory in his homecoming fight but was pushed all the way by mandatory challenger Ryder.

A cagey opener saw both men make a cautious start with Smith attempting to keep Ryder at the end of his long jab.

Ryder, giving away height and reach, took the fight to the champion in the second, ducking under his jab and throwing combinations. 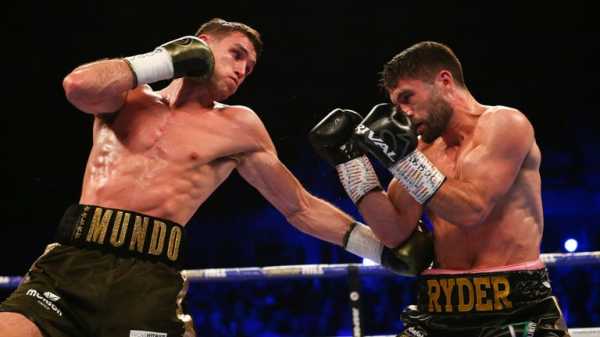 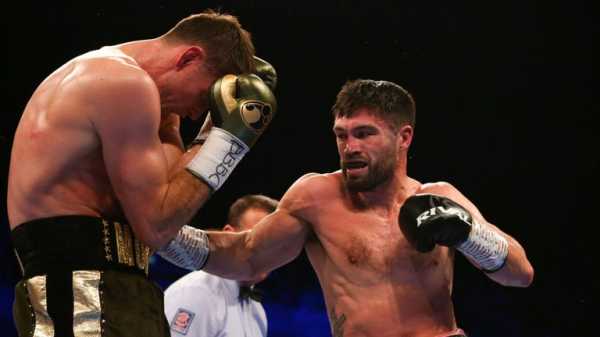 Smith kept his calm and began to find his range in the third, landing a clubbing one-two but Ryder responded with a solid hook to the body.

The Londoner continued to close down the distance and target the torso in the fourth and both men finished the round with cuts above their eyes.

‘Mundo’ dropped his high guard and let his hands go in the fifth in a bid to slow Ryder’s forward march and in the sixth started to find the target with his right hand.

However, ‘The Gorilla’ responded with a decent right hook in the seventh and attempted to back Smith up onto the ropes in the eighth. 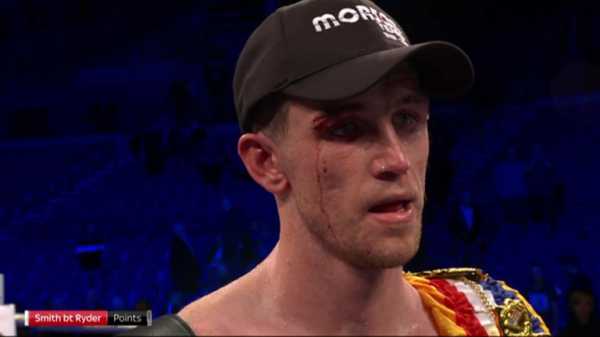 5:42 Callum Smith admits he wasn’t at his best

After the champion complained to the referee in the ninth that Ryder was leading with his head both men traded hurtful hooks up close.

Ryder backed up his man in the 10th and the pair traded heavy blows in the penultimate round before a frantic final round saw both men celebrate at the final bell.