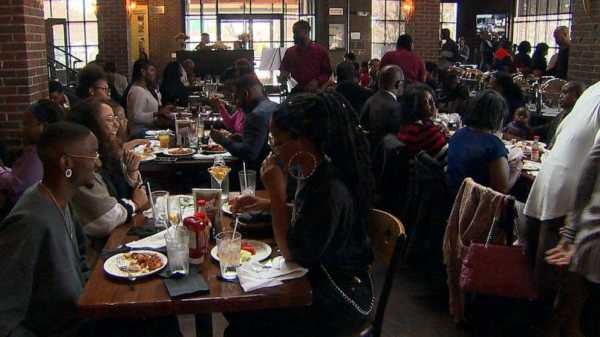 As public impeachment hearings enter a second week, a majority of Americans have said their opinions on the impeachment of President Donald Trump were formed weeks ago, and many question whether anything will change when the process concludes.

«I’m not a politician. I can’t say that he should be removed, but he’s guilty,» Robin Walton told ABC News on her way to Sunday services at Ebenezer Baptist Church in downtown Atlanta. «You cannot extort or bribe a foreign government into getting dirt on a political opponent to sabotage our free elections.»

More than two-thirds of Americans in a new ABC News/Ipsos poll agree that Trump’s July phone call with Ukraine was «wrong.» But, notably, 71% said their views on Trump’s potential impeachment formed before the public hearings began.

About 1 in 3 Americans said their opinion was solidified even before the Ukraine story broke, according to the poll. Only half of Americans think Trump should be impeached and removed from office.

Ebenezer, the historic spiritual home of Dr. Martin Luther King Jr. and a hub of political engagement in the city’s African American community, was buzzing with talk of impeachment on a recent Sunday. Members told ABC News politics and faith often go hand-in-hand. 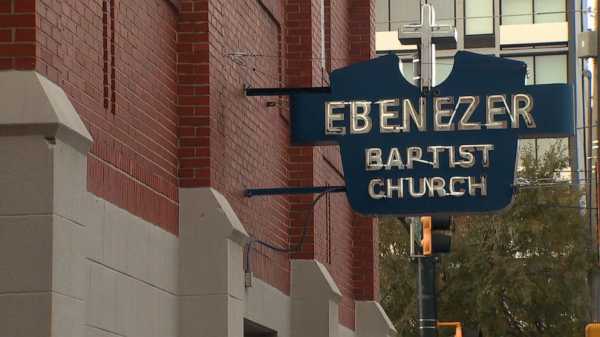 «I trust God first. There is so much trauma — crisis — in the world,» said one emotional Ebenezer congregant who asked not to be named. «I’m just looking for someone to lead us out of this mess.»

«I’ve been following them off and on, but, you know, they aren’t going to do anything, it’s taking too long — leave it to the voters,» Fry said.

That sentiment was echoed by a family of longtime Georgia Democrats from their breakfast table 20 miles north in Gwinnett County, which has been rapidly diversifying ethnically and politically.

«It just seems like a big waste of time. What’s it going to accomplish for us?» said Dan Cleveland, a 46-year-old public high school teacher and father of three. «He does bad stuff, but there are so many other things that we should be doing. This is just useless politics.»

«No matter what he does, they won’t do anything,» a woman said, referring to Trump and Republicans.

Across town at Paschal’s, a historic local restaurant near Spelman College, families in their Sunday best devoured the famous fried chicken and cornbread over talk of football and politics.

«We have to speak up and be fearless. I’m proud that they finally have taken those steps to start these hearings,» said Alisha Thomas Cromartie, a former Georgia state representative and host of the Fearless Chic podcast for young African American women. «I am becoming more and more interested in the conversation because people understand how important this is. This is not a political ploy.» 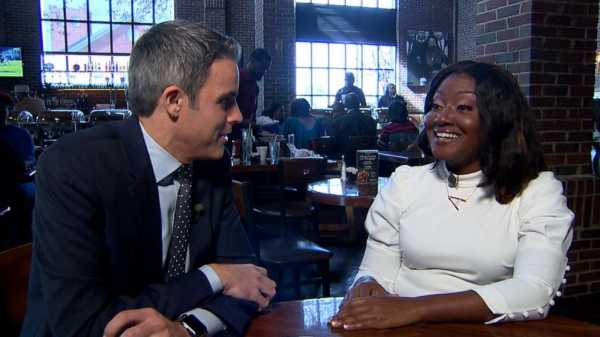 For many Americans, keeping up with impeachment has not meant watching gavel-to-gavel coverage in real time. Many seek out highlights in the evening, either on the news or via social media.

«We’re watching [coverage] every day,» said the Thompson family, all nodding in agreement, as they shared brunch together after Sunday services.

Belief in accountability was the most frequently cited reason for supporting the impeachment hearings, but there’s also widespread recognition that Democrats don’t have the votes in the Senate to remove Trump from office.

«Impeach and remove is a conversation we’ve been having with the younger people of color we work with, which leads us to conversations about the Senate. Impeachment has now become a local issue in Georgia,» said Nse Ufot, executive director of the New Georgia Project, a nonpartisan voter advocacy organization that’s significantly boosted registration of African American voters across the state. 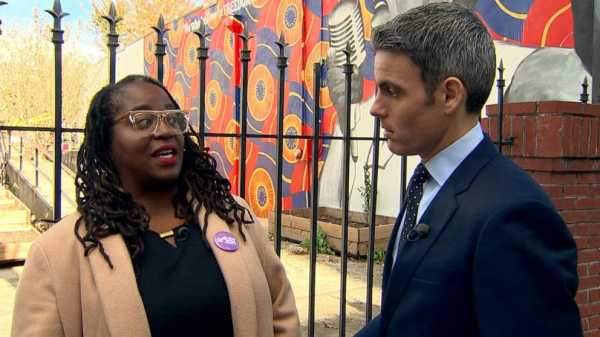 Ufot said the impeachment conversation is helping highlight the stakes in turning out to vote: «Democrats only need four seats to flip the Senate and two of them are in Georgia in November of 2020,» Ufot told ABC News. 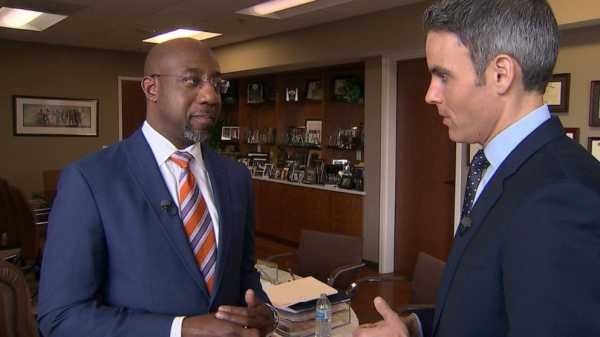 «If you believe in human dignity, everyone ought to have a voice and so you ought to register voters, and you want to fight valiantly against voter suppression,» Warnock said.

When asked what the stakes are next November, Warmock said: «Nothing less than the soul of this country.»