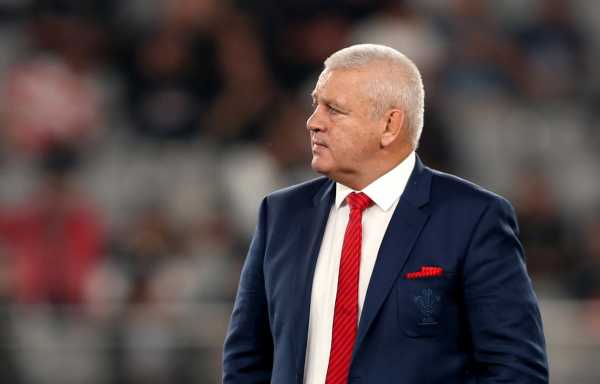 New Toronto Wolfpack star Sonny Bill Williams has admitted he is not comfortable being talked about as a brand or likened to David Beckham and LeBron James.

Upon signing for the Canadian club on November 7, chief executive Bob Hunter said: “Sonny is a phenomenal athlete and we believe he is rugby’s LeBron James and his addition to our league is comparable to when David Beckham joined LA Galaxy.”

On Thursday, Williams faced the media for the first time at Arsenal’s Emirates Stadium alongside Toronto head coach Brian McDermott and CEO Hunter.

The 34-year-old is expected to increase the popularity of the sport and Super League and is aware of his standing, but he is more focused on his role in the team.

“For me to say, I don’t like being compared to David Beckham and LeBron James, that doesn’t mean I’m trying to shy away from pressure, it just means I don’t see myself as some big, massive star like that,” Williams said.

“It probably doesn’t always sit too comfortably with me (being called a brand). But I understand for us to get the best traction and move forward in what we’re trying to achieve off the field, then so be it. It is what it is.Sonny Bill Williams does not like being compared to David Beckham (Bradley Collyer/PA)

“Probably when I was a youngster I cared a lot about what people would think. ‘Oh look at this d***head.’ All that kind of stuff would affect me a lot. Whereas now, man, I have to go home to screaming kids, so it’s all good.”

After signing a two-year contract, thought to be worth in excess of £5million, the former New Zealand centre conceded this could be the final chapter of an illustrious career.

He said: “It could be the last hurrah, but that doesn’t mean I’m here for a holiday by any means. I’m here to succeed.”

The two-time World Cup winner was expected to remain in rugby union but revealed the opportunity from Toronto was too good to turn down, especially after speaking with owner David Argyle and McDermott.

Williams was told about the offer from Wolfpack the day after New Zealand had lost in the semi-finals to England in Japan.

Defeat prevented the All Blacks from lifting the Webb Ellis Trophy for a third consecutive tournament and he admitted: “I would have loved to have won a third World Cup, of course.

“But I guess some people would look at me and think, ‘look at this d***head, he doesn’t even care’. In my journey in life, I have been through a lot tougher situations and hurdles than losing a bloody game of football.

“It would have been amazing to win three World Cups, and of course I thought about being the only back to have ever done that, but at the same time, what I hang my hat on is being a man of faith and understanding that whatever comes my way is meant to come my way.”

Williams’ glass-half-full outlook meant he was “fine” within 24 hours of the defeat to England and even “five to 10 minutes after the game” because he focused on the “blessing” in his life, with his wife out with him in Japan.

On the loss and South Africa’s subsequent success in the final over Eddie Jones’ side, he commented: “England started strong, built that 10-0 lead and they were smart. They used their strengths and just plugged the corners.

“Tactically they were a little bit better than us on the day and then, fast forward seven days, South Africa did to them what England did to us – they beat them up.”