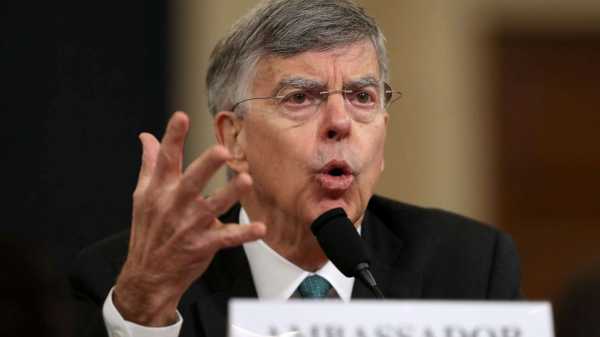 A day after President Donald Trump’s July 25 phone call with Ukraine’s president, Trump was overheard on the phone to Ambassador Gordon Sondland inquiring about the status of «the investigations,» according to new congressional testimony on Wednesday.

The account, provided by Ambassador Bill Taylor in the first public hearings in the House impeachment inquiry, raises new questions about the extent of the president’s involvement in the pressure campaign against Ukraine.

Sondland, the U.S. Ambassador to the European Union, met with Ukraine President Volodymyr Zelinskiy in Kyiv the day after Trump’s July 25 phone call with Zelinskiy.

After the meeting, Taylor — the top diplomat in Ukraine — said one of his staffers overheard a phone conversation between Sondland and Trump at a restaurant.

«The member of my staff could hear President Trump on the phone, asking Ambassador Sondland about ‘the investigations,'» Taylor said of the July 26 incident. 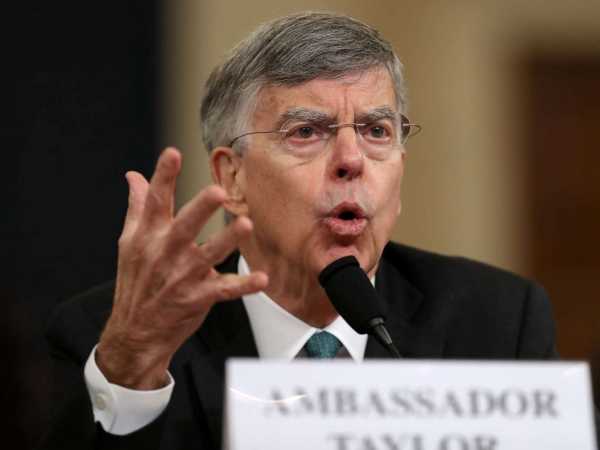 Following that call with Trump, the staffer asked Sondland what the president thought about Ukraine, according to Taylor.

«Ambassador Sondland responded that President Trump cares more about the investigations of Biden,» which Trump’s personal lawyer Rudy Giuliani had been «pressing for,» Taylor said.

Trump said he has no recollection of the phone call with Sondland in question.

“I know nothing about that. First time I’ve heard it,” Trump said when questioned about it at a White House news conference with Turkish President Recep Tayyip Erdogan close to the end of the hearing.

The president dismissed Taylor’s account as “second-hand” information and said the only thing he ever told Sondland was that there was “no quid pro quo.”

“The one thing I’ve seen that Sondland said is that he did speak with me with for a brief moment. I said no quid pro quo under any circumstances. That’s true. I never heard this. In any event, it is more secondhand information, but I’ve never heard it,» Trump said.

Asked if he recalls the conversation Taylor testified to, the president said he does not.

“Not at all, not even a little bit. The only thing — and I guess Sondland had stayed with his testimony that there was no quid pro quo — pure and simple,” Trump said.

Taylor said the new information was brought to his attention last Friday, after he had already testified in a closed-door deposition.

According to sources familiar with the matter and confirmed by Rep. Mark Meadows, R-N.C., the aide referenced by Taylor is David Holmes, who has been scheduled for his own closed-door deposition.

In addition to shedding light on Trump’s involvement, the new details also raise questions about Sondland’s testimony to Congress. Sondland has testified that he had called the president before, although he doesn’t provide details on a July 26 call and said he was unsure how many times he spoke to Trump in September.

Sondland said he requested his phone records from the State Department but hasn’t received them.

In a closed-door interview, Sondland told lawmakers that investigating Biden did not come up in his July 26 meeting with Zelinskiy.

According to a White House summary of Trump’s July 25 phone call with Zelinksiy, the president asked Ukraine’s government for a «favor» and requested that Ukraine launch an investigation that would include Biden and his son, Hunter.