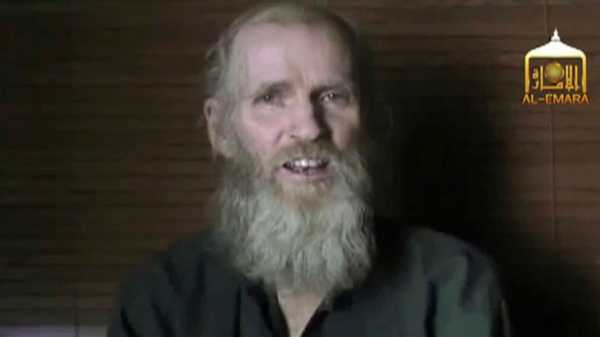 The Taliban will release an American and an Australian hostage, held for over three years, in a prisoner swap with the Afghan government, according to Afghan President Ashraf Ghani.

Add Taliban as an interest to stay up to date on the latest Taliban news, video, and analysis from ABC News.

Their possible release comes after two U.S. special operations raids attempted to free both men, and it could herald a restart to negotiations meant to end the U.S. military presence in Afghanistan and bring the Afghan government and Taliban together for peace talks, according to Ghani.

Kevin King, an American professor at the American University in Kabul, and his Australian colleague Timothy Weeks were kidnapped in August 2016 by the Haqqani Network, a Taliban-affiliated group. 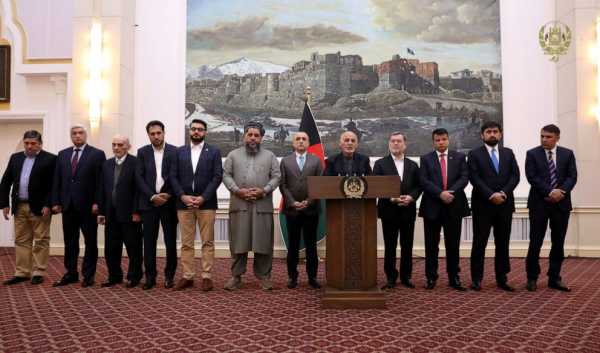 Afghanistan President Ashraf Ghani speaks about the release of two senior Taliban commanders and a leader of the Haqqani militant group in exchange for an American and an Australian who were kidnapped in 2016, in Kabul, Afghanistan, Nov. 12, 2019.

In exchange, Ghani said in a televised address, three high-level Taliban officials will be «conditionally released,» a decision he said was difficult but in the best interests of the Afghan people.

The State Department has not yet responded to a request for comment, nor confirmed King’s release. The Taliban have not confirmed they will release the two professors either.

According to Ghani, the three officials are Anas Haqqani, the brother of Sirajuddin Haqqani, who serves as the group’s leader and a top Taliban commander; their uncle Mali Khan Zadran; and Abdul Rashid Omari, the brother of Mohammad Nabi Omari, a member of Taliban’s political office in Qatar that has engaged in negotiations with the U.S.

The American University of Afghanistan said in a statement it «is encouraged to hear reports of the possible release of our two colleagues, Kevin King and Timothy Weeks. While AUAF is not part of these discussions, we continue to urge the immediate and safe return of our faculty members who have been held in capitivity, away from their friends and families, for more than three years.»

It’s unclear where King is now, but the U.S. military will likely be involved in overseeing his and Weeks’s release, as U.S. special forces were with the Taliban’s release of Army Sgt. Bowe Bergdahl.

King was last seen in a proof of life video released in January 2017, appearing gaunt and pleading for then President-elect Donald Trump to negotiate for his release. 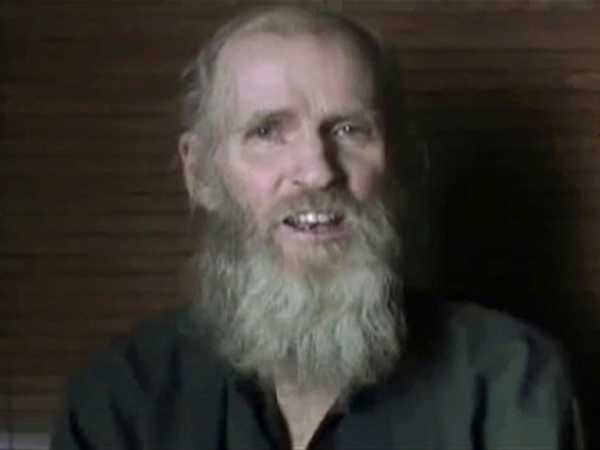 In this image taken from video released Wednesday June 21, 2017, by the Taliban spokesman Zabihullah Mujahid, Kevin King, who was abducted by the insurgents in Afghanistan in August 2016, is shown.

There have been two U.S. special operations raids by the Joint Special Operations Command to attempt to rescue King and Weeks in Afghanistan, not Pakistan — where Taliban leadership has a history of hiding high-level hostages. The first attempt was shortly after King and Weeks were taken, but with the special forces team prepared to do a high altitude jump from 35,000 feet, the Obama White House dithered on the approvals and the team had to turn around and go back to base. The next night, they went up airborne and did a successful jump, but arrived to find an empty target site — and a child who said the hostages had been moved the night before.

More recently, an operation in April came up short because it was a «dry hole,» meaning the hostages had been moved again.

If King is released, three other American hostages remain missing after being abducted by terrorists: Paul Overby, an author in his 70s also held captive by the Taliban; Jeffery Woodke, a missionary aid worker in Niger for over 25 years captured by ISIS; and a third person whose name and details of captivity have not been publicly reported, according to two U.S. officials.

The release of the three senior Taliban officials comes at a sensitive time, over two months after Trump said he called off a Camp David summit with Ghani and other Afghan officials and Taliban leadership and halted U.S. negotiations with the militant group that had nearly reached a final agreement.

Since then, chief U.S. negotiator, special envoy Zalmay Khalilzad, has quietly tried to restart talks, meeting with Chinese and Russian counterparts, European and NATO officials, and Ghani and other Afghan officials. Khalilzad even quietly met with Taliban officials in early October, according to a Pakistani government source. 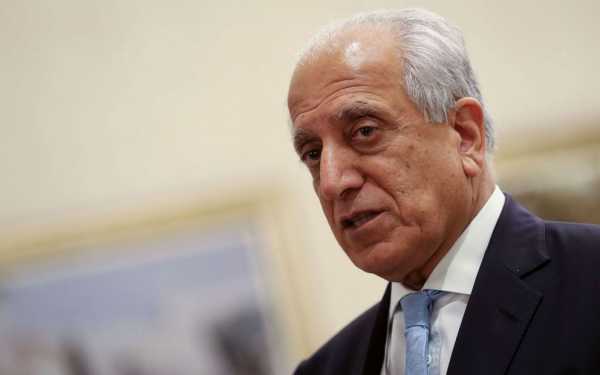 At the time, a State Department spokesperson would not confirm that meeting, saying only that he met with Pakistan government officials and, «These meetings do not represent a re-start of the Afghan Peace Process.»

More recently, however, the U.S. released a joint statement with China, Russia, and Pakistan calling for a reduction in violence ahead of new talks and a ceasefire during intra-Afghan talks that include the U.S.-backed government and the Taliban and welcoming a new round of intra-Afghan dialogue in Beijing soon. That dialogue will be held in the «near future,» Ghani’s spokesperson said last Monday, after agreeing to it in a phone call with Chinese Foreign Minister Wang Yi.

But the Taliban have refused to negotiate directly with the Afghan government, which it derides as a U.S. puppet state, and Ghani’s government said it would not take part in negotiations until the Taliban agree to a month-long ceasefire, which the militant group has so far refused to do.

It’s unclear what conditions the U.S. has for restarting its direct talks with the Taliban. Trump has quietly removed some 2,000 troops from Afghanistan over the past year, from 15,000 to 13,000, even without a peace deal with the Taliban.