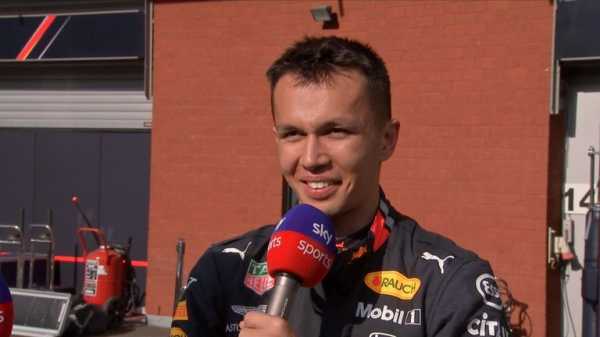 2:55 Alex Albon talks us through his overtakes while battling through the field from 17th to fifth at the Belgian GP.

His debut at Spa from near the back of the grid (because of an engine penalty) up to fifth was noteworthy for its attacking style and inventive overtaking. His double bluff pass on Ricciardo’s Renault and last-lap overtake on the notoriously tough defender Sergio Perez, with one wheel on the grass at over 200mph, immediately caught the attention in a way Gasly had failed to do in his dozen races with the team.

But the real eye-opener was his matching — to the thousandth of a second — Verstappen’s qualifying time at Suzuka on his first ever visit to this most demanding of old-school tracks.

In fact it’s probably significant his two stand-out performances have come at the two most noted drivers tracks on the calendar. His raw ability is immense and although he’s not always been able to put all the pieces of an F1 weekend together smoothly — there were practice incidents in Sochi and Mexico — and his technical experience still has gaps, when the challenge becomes about speed through the fast corners, ie bravery and feel, he’s invariably right there. 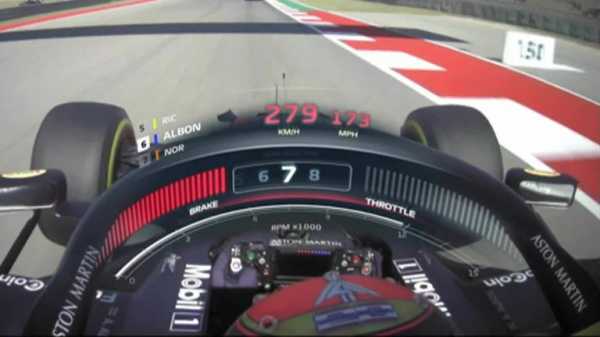 0:35 Alex Albon fights back through the field at the US GP

His most outstanding performances in the Toro Rosso were in qualifying through Silverstone’s fast curves (where he was very significantly faster than Kvyat) and in the rain of race day at Hockenheim where in his first ever drive of an F1 car, he glided smoothly up to an early fourth and would have stood on the podium had it not been for a couple of late strategy gambles from those behind him with nothing to lose.

Being measured against the phenomenon Verstappen, enjoying his fifth season in F1 and comfortably established in the team, is an incredibly tough gig.

Going in there halfway through the year in your rookie season just makes it even tougher. What should also not be forgotten is that after his first two Red Bull races at Spa and Monza, almost every circuit Albon has visited has been new to him — Singapore, Suzuka, Mexico and Austin, with Sochi the exception.

His feel for the car has impressed the Red Bull engineers enormously even though he feels he still needs to improve the consistency of anticipating the effects of set-up changes. But he was able, they say, to immediately identify an inherent issue with the RB15 that Gasly never could and to find a way around it.

Looking at the qualifying comparisons relative to Verstappen (below) we can see Albon has averaged a couple of tenths faster than Gasly despite his lesser experience and lack of familiarity with the tracks.

Verstappen’s advantage was 0.67 per cent in those events where a comparison was possible. That compares to just 0.47 per cent advantage over Albon to date.

When making such comparisons, it should be recalled that even in Verstappen’s first Red Bull season he was down on qualifying to Ricciardo, roughly equal in their second season together and ahead in their third. That’s the value of experience and in judging a rookie’s potential, it’s the peaks that are more important than the average.

Albon’s peaks have been high indeed — and that’s what makes him such an exciting prospect.