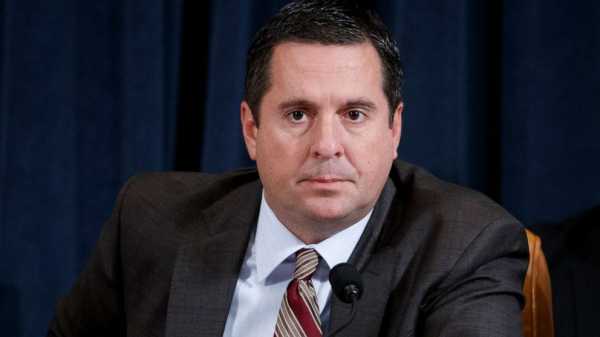 The bombshells were everywhere. They just seemed to detonate on only one side of the aisle.

Democrats got just about everything they could have hoped for out of more than 32 hours of impeachment hearings over the past two weeks. Current and former Trump administration officials — including diplomats, a donor and a uniformed service member — have told different parts of a consistent story and have reinforced a consistent narrative. 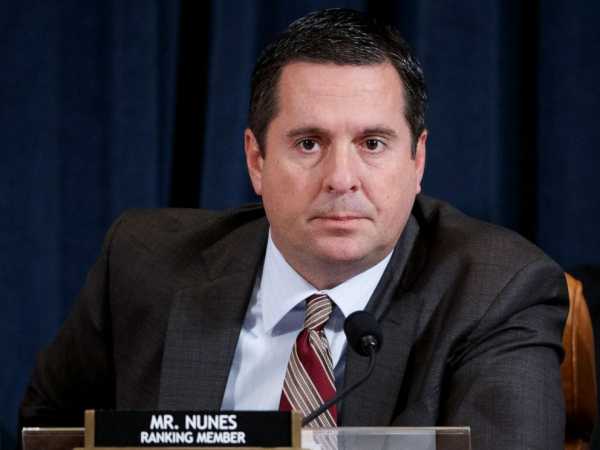 Rep. Devin Nunes during testimony by Jennifer Williams and Alexander Vindman on Capitol Hill in Washington, Nov. 19, 2019, during a public impeachment hearing of President Donald Trump.

But President Donald Trump still has much to like about the week. No signs emerged of new cracks in Republican defenses, in either the House or the Senate, no matter how odious some consider the depicted conduct.

Leave aside the mocking tone of Rep. Devin Nunes, the Intelligence Committee’s ranking Republican, and his talk of conspiracy theories and Democrats’ «story time.» 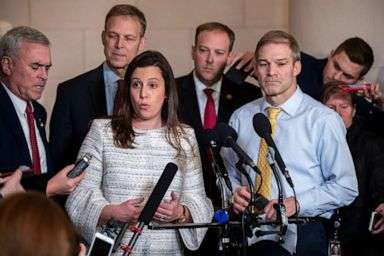 Rep. Elise Stefanik, R-N.Y., speaks to members of the media as they conclude the testimony of U.S. Ambassador to the European Union Gordon Sondland on Capitol Hill, Nov. 20, 2019.

The bigger surprise to some was that Rep. Elise Stefanik, R-N.Y., emerged as a partisan warrior alongside Nunes and Rep. Jim Jordan, R-Ohio. The strongest thing Rep. Will Hurd would say about the president’s conduct was that it was «inappropriate, misguided.»

«I have not heard evidence proving the president committed bribery or extortion,» said Hurd, R-Texas, who is retiring from his seat.

The Intelligence Committee’s work on this matter is close to being done now. Whatever impact this may have on public opinion, the opinions among Republican lawmakers appear as settled as ever.

Over the last few weeks, Washington and the country have realized — once again — how the process for trying and removing a president from office, as laid out in the Constitution, is a purely political one. Politicians, susceptible and bound by their oath of office, their relationships with their constituents and their prospects of future elections, ultimately make a judgement call about the commander in chief.

The next few weeks will likely feel like an overwhelming, pre-holiday, family food-fight, with members of both political parties pointing fingers across the aisle and delivering their spin. So, before the noise gets any worse, here are a few details, as laid out by the witnesses, to recap this week: 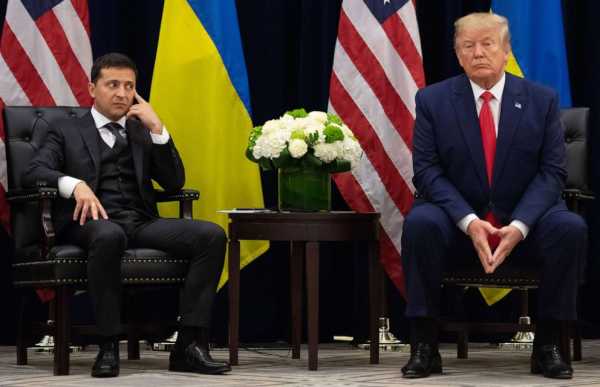 President Donald Trump and Ukrainian President Volodymyr Zelenskiy looks on during a meeting in New York on September 25, 2019, on the sidelines of the United Nations General Assembly.

One, foreign government leaders in Ukraine were made to believe they would be granted a much-coveted meeting with the president at the White House, but likely only if the president of Ukraine announced he was investigating U.S. citizens, specifically former Vice President Joe Biden and his son, according to senior White House officials and top U.S. diplomats.

Two, the president himself this summer was aware of this scheme to dangle an official act and an international sign of U.S. support for a political favor, testified senior U.S. diplomats, including EU Ambassador Gordon Sondland.

Three, according to Sondland, the president then said he did not want a favor or exchange — «no quid pro quo» — in later September call, after the whistleblower filed his or her complaint.

Four, Russia and Ukraine are currently fighting a hot war and both Republicans and Democrats on Capitol Hill approved a large military assistance package to support Ukraine, which the president signed into law. The assistance dollars were also held up this summer, much to the anxiety and concern of Ukrainians, until they were released at almost the exact same time the whistleblower complaint was filed.

The TIP with Molly Nagle

Biden is heading into the holidays and going all-in on Iowa. He will barnstorm the «First in the Nation» caucus state over the Thanksgiving holiday, holding town halls Friday and Saturday, then returning to Iowa after the holiday for his «No Malarkey,» bus tour. Starting in Council Bluffs and ending Cedar Rapids, Biden’s west-to-east swing will span eight days with 18 stops, each in a different county, representing 974 of Iowa’s delegates.

In the latest Des Moines Register/CNN poll, the former vice president trails rising Mayor Pete Buttigieg outside the margin of error, as the Indiana mayor has seen his stock rise in the state in recent weeks. Senior Biden advisers have waved off questions about polling, arguing that while other candidates rise and fall, Biden’s numbers have remained steady, putting him into a good position heading into the unpredictable caucuses. 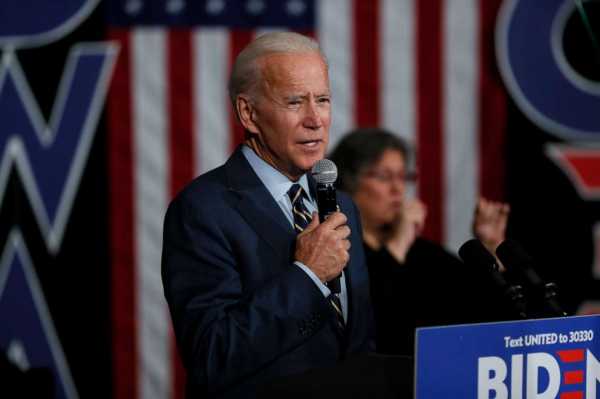 «There has never not been a competitive race in the Iowa caucus, end of story. And so that is all completely expected,» his advisers told reporters. «I think it’s about spending time on the ground which you’re definitely going to see him do in Iowa and beyond.»

Iowa was the last stand for Biden’s previous presidential run, and despite his campaign arguing that it’s not a «must-win state,» Biden laid down the marker for ABC News’ Linsey Davis in a press conference Thursday when he said, «I plan on winning in Iowa.»

WHAT YOU NEED TO KNOW THIS WEEKEND