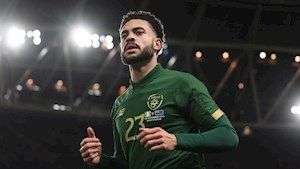 The former Arsenal striker has signed a two-year contract, with the option of a further season, following an unsuccessful stint in charge of Monaco which ended in January.

“It’s an honour to become head coach of the Montreal Impact and return to MLS,” Henry told the club’s official website.

“It’s a league that I know well (and) where I had a great time.

“Being in Quebec, in Montreal, which has a huge multicultural heritage, is something extraordinary. I have always had an eye on this club and now I am there.”

Henry, who also played for Juventus and Barcelona and was a World Cup winner with France in 1998, lasted only three and a half months in charge of Monaco after failing to rejuvenate the struggling side following the departure of Leonardo Jardim, who later returned to the role as Henry’s successor.

But Impact sports director Olivier Renard is confident the 42-year-old, who previously served as assistant to Belgium boss Roberto Martinez, is the right man to bring success to the Canadian outfit.

“We are very happy to have Thierry join us,” said Renard. “Young and dynamic, he is very familiar with MLS and meets the criteria we set.

“This appointment, two months before the resumption in January, will allow us to have the time to build the team with the one who will pilot it.”

Impact president and CEO Kevin Gilmore added: “Henry will bring a new dynamism to our club.

“He shares our vision of wanting to elevate this organisation by helping us achieve our goals on and off the field.

“He is a competitor and a leader who has distinguished himself at the highest level throughout his career. He brings his skills with him to Montreal, a place he wants to be.”

The Impact finished ninth in the Eastern Conference and 18th overall under Wilmer Cabrera last season.