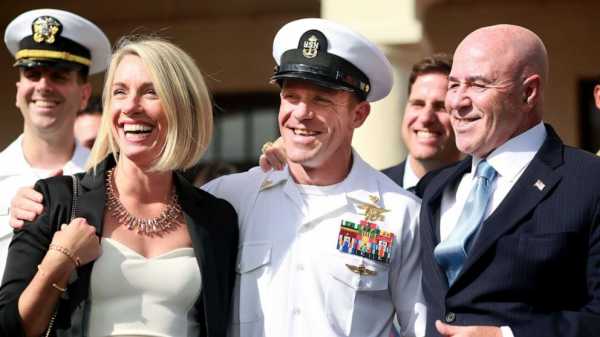 President Donald Trump has intervened in the cases of three American service members convicted or accused of war crimes in Afghanistan and Iraq by issuing two pardons and maintaining the rank of one of the service members who’d been demoted.

Army Lt. Clint Lorance, who had been imprisoned at the U.S. military prison at Fort Leavenworth, Kansas, was released later on Friday night and reunited with family members, according to an advocate for his release. 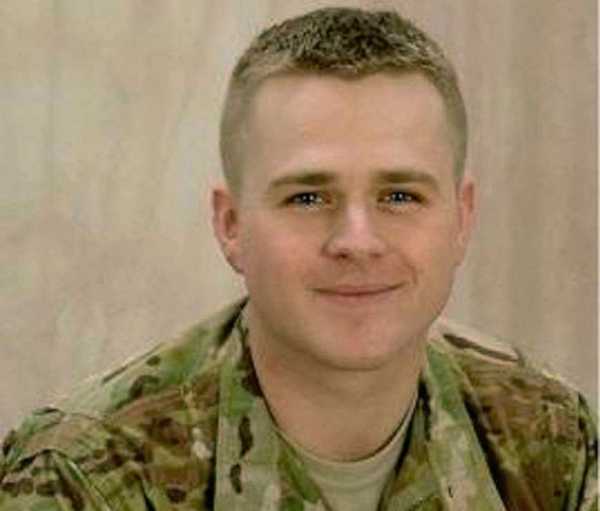 Lorance had been serving 19 years in prison, according to the Army Times, after being convicted on two counts of second-degree murder for ordering a soldier to fire on unarmed Afghan motorcyclists in 2012.

Golsteyn is charged with the murder of an alleged Afghan bomb-maker in 2010.

And Gallagher, while acquitted of killing a wounded Islamic State captive earlier this year, was sentenced to four months of time served and a reduction in rank for posing with a corpse during a 2017 deployment to Iraq. 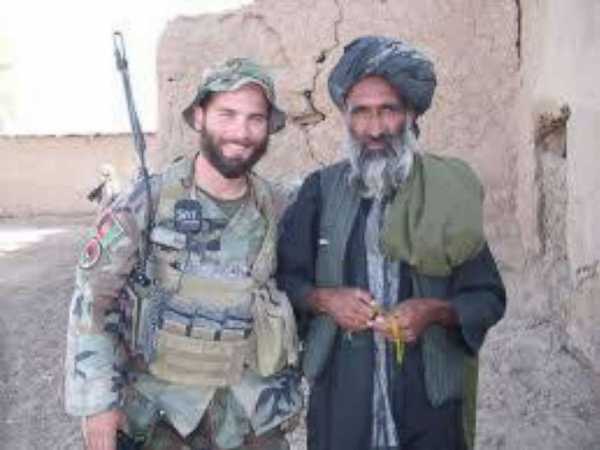 Matthew Golsteyn is seen in this undated photo.

«The President, as Commander-in-Chief, is ultimately responsible for ensuring that the law is enforced and when appropriate, that mercy is granted,» the statement continued. «For more than two hundred years, presidents have used their authority to offer second chances to deserving individuals, including those in uniform who have served our country.»

Speculation that Trump might intervene in the three cases began last week after Fox News contributor Pete Hegseth said the president could take «imminent action» in the form of pardons, commutations or dismissals of charges. 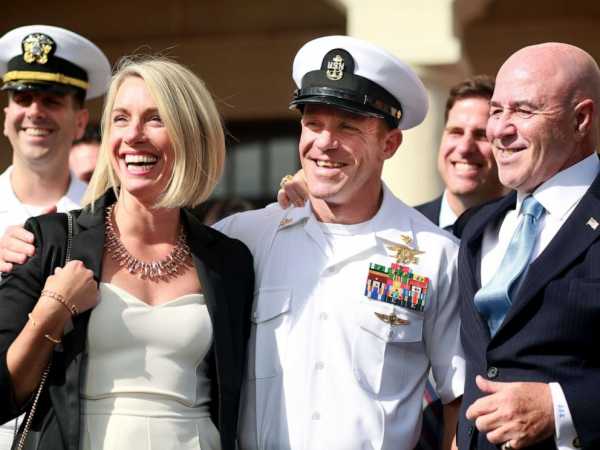 Navy Special Operations Chief Edward Gallagher celebrates with his wife Andrea after being acquitted of premeditated murder at Naval Base San Diego, July 2, 2019.

Lorance was released from the military prison at Fort Leavenworth and reunited with family members on Friday night, according to Don Snyder, an author who has advocated for Lorance’s release.

«I can assure you, that when Clint left Leavenworth last night and glanced back at the prison walls one last time he was not thinking of the seven years he had lost there, but of the soldiers he was leaving behind,» Snyder told ABC News.

John Maher, Lorance’s attorney, told ABC News that earlier in the day Trump and Vice President Mike Pence had called Lorance to tell him he had been pardoned.

In a statement, Maher said his client will be looking toward the future.

«Clint will now assume the life he left behind when he was abandoned by the military justice system over seven years ago,» he said. «His goal is to attend law school, and otherwise continue his service to the country he loves so dearly.»

Golsteyn said he «profoundly grateful» to the president for pardon.

«Thanks to President Trump, we now have a chance to rebuild our family and lives,» he added. «With time, I hope to regain my immense pride in having served in our military. In the meantime, we are so thankful for the support of family members, friends and supporters from around the nation, and our legal team.»

Golsteyn has been serving on active duty at Fort Bragg, North Carolina, where he had been awaiting court proceedings to begin in his case. Earlier this week, the Army announced that the start of his case, expected to begin in early December, had been pushed back to February.

In a statement the Army had said earlier that it would «review today’s executive actions in order to implement the presidential orders» for Lorance and Golsteyn’s pardons, but did not provide a timeline for their release.

The possibility of pardons has been controversial within the ranks of active-duty and retired service members because of the belief that such actions could undermine the military justice system.

«This is so dangerous, nothing pisses me off more than these pardons,» a retired general officer fumed to ABC News after they were announced. «This undermines everything we have stood for — all my years of service goes up in smoke because we have a dictator who has no respect for the rule of law nor what we stand for.»

According to one official, the meeting was to compile information packets about their cases that Esper could provide to the president.

Esper later confirmed that on Tuesday he had «a robust discussion» with Trump about letting the cases play out in the military justice system.

Both Esper and General Mark Milley, the chairman of the Joint Chiefs of Staff, later said that they favored letting the military justice system «play out.»