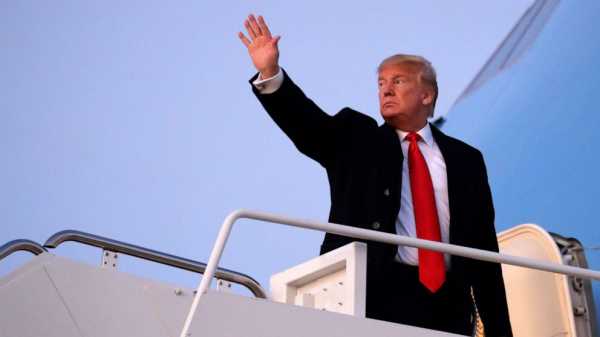 On his return to Louisiana for the second time in a week, President Donald Trump briefly stumped for his preferred candidate in a tight governor’s race before quickly shifting to railing against Wednesday’s impeachment hearing.

«You got to vote on Saturday. It’s a close one and you’re gonna have a great Republican governor,» the president said urging his supporters oust the Democratic governor and vote for Republican candidate Eddie Rispone.

«You gotta give me a big win please ok?» he added.

But the president seemed exasperated over the impeachment effort, quickly shifting his attention within minutes to viciously attacking Democrats and blasting the historic first day of impeachment hearings.

«They are trying to overthrow American democracy and erase the votes of tens of millions of Americans,» Trump said.

The president, who said he didn’t watch the hearings Wednesday, saying he heard «it’s a joke.» He also took to Twitter to blast the two witnesses, Ambassador William Taylor and Deputy Assistant Secretary of State George Kent, as «NEVER TRUMPERS!»

But in Bossier, Louisiana, a day later, some Trump supporters didn’t necessarily agree with that line of attack against the pair of distinguished career diplomats.

«I wouldn’t say that they are ‘Never Trumpers,'» Matthew Graves told ABC News.

Graves said he watched all of Wednesday’s hearing and was attending his first Trump rally in Bossier.

He added that the inquiry was a «just a show.»

Randy Gere, who said he missed the Lake Charles Trump rally in October but made sure to show up in line for Thursday’s at 8 a.m., also was hesitant to go as far attacking Taylor and Kent as the president has.

But he also maintained that none of what was presented in Wednesday’s hearing, «justifies any of what they are putting Trump through,» adding that a quid pro quo with Ukraine is not an «impeachable thing.»

This was the third time in a little over a month that Trump visited Louisiana, the final test in this off-year cycle of his potential strength to sway an election — a signal of the Republican Party’s concern over ceding more ground in a ruby-red state. 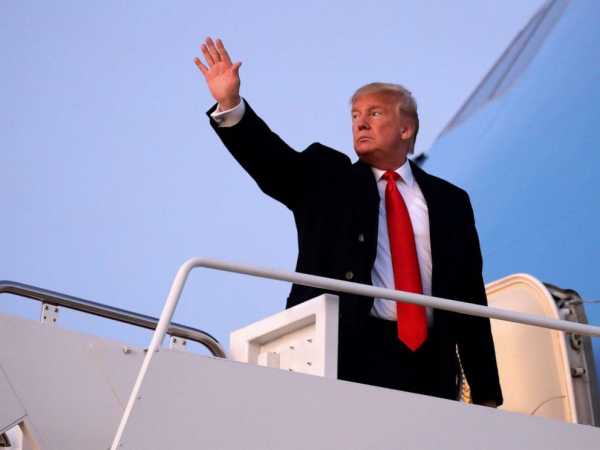 Rispone, an entrepreneur and native of north Baton Rouge, is counting on the president’s popularity to offset his struggles as a political outsider who began his bid with little statewide name recognition. He’s up against the incumbent Democratic governor and hoping a boost from Trump again can prove the difference in a tight contest.

Despite Louisiana siding with Trump by 20 points in 2016 over Hillary Clinton, the Pelican state elected a Democrat in 2015 when John Bel Edwards defeated David Vitter, a scandal-tarred Republican seeking to follow the unpopular Bobby Jindal, 56% to 44%.

(MORE: Trump back in Louisiana to rally support for GOP gubernatorial candidate)

Edwards, a rare Democratic Deep South governor, is relying on his 2015 playbook, positioning himself as a moderate Democrat with conservative stances on guns and abortion and touting his record as a West Point graduate and former U.S. Army officer. The Democrat also is aiming to focus his re-election campaign on statewide investments in education and in the economy, and his successful efforts with Medicaid expansion.

But for his part, Rispone, who’s largely self-funded his campaign, is attempting to align himself in lockstep with the president, telling the crowd at the Monroe rally earlier this month, «We need a pro-Trump conservative, an outsider, someone with serious business skills, someone that’s not beholden to special interests, someone that’s got backbone to go against the status quo — someone like Trump.»

In an effort to nationalize the race around the fight over impeachment, Rispone has repeatedly tried to cast his opponent as «a radical liberal Democrat» — language similar to that used by Trump.

The president, for his part, has injected himself into the race, testing his influence to deliver another GOP victory as he did in neighboring Mississippi last week, but failed to do in Kentucky.

Edwards was the top vote-getter in last month’s jungle primary — receiving 47% to Rispone’s 27%, who split the vote with another Republican in the contest, Ralph Abraham — but failed to secure a majority of the vote to win outright. For Saturday’s runoff, turnout is already up from the Oct. 12 primary — 489,654 Louisiana voters opted to cast their ballots early, surpassing the primary’s early vote total by over 100,000, according to the Monroe News Star.