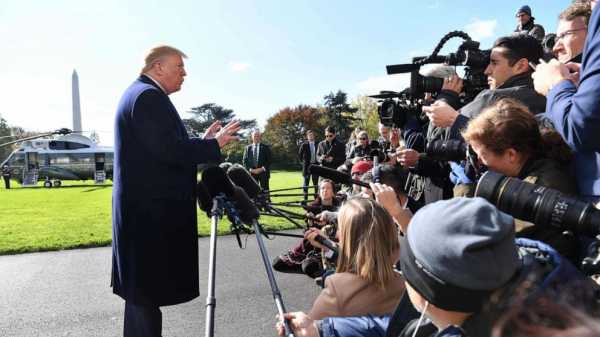 President Donald Trump said on Tuesday he will release a transcript of his first call with Ukrainian President Volodymyr Zelenskiy by the end of the week.

Trump said in a tweet, «I will be releasing the transcript of the first, and therefore more important, phone call with the Ukrainian President before week’s end!»

Trump spoke briefly on Saturday morning about releasing a transcript of the April call before boarding Air Force One at Joint Base Andrews in Washington, on his way to Tuscaloosa, Alabama to attend the Louisiana State University vs. Alabama college football game. He told reporters then to expect the transcript of that call with Zelenskiy to be released early this week.

«Now they want to have a transcript of the other call, the second call, and I’m willing to provide that,» Trump said. «We’ll probably give it to you on Tuesday.»

(MORE: Read the transcript of Trump’s call with the Ukraine president) 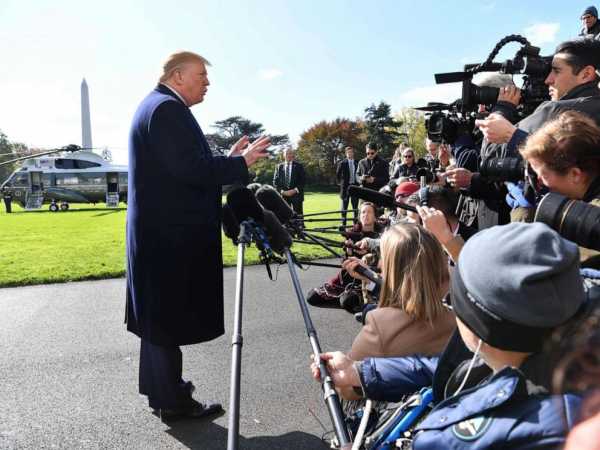 President Donald Trump speaks to the press before departing the White House in Washington, D.C., on Nov. 8, 2019.

The president added, «They asked for it. And I’ll gladly give it. There’s never been a president who’s been so transparent.»

The White House released a rough transcript of a July phone call with Zelenskiy on Sept. 25 after word got out of a complaint from a whistleblower within the intelligence community. The document included cautionary language saying it was not a verbatim account of the discussion between the two leaders, as some Intelligence Community officials said releasing a full transcript could «undermine» national security

(MORE: Ukrainian president says there was ‘no blackmail’ in infamous July phone call with Trump)

«The text in this document records the notes and recollections of Situation Room duty officers and [National Security Council] policy staff assigned to listen and memorialize the conversation in written form as the conversation takes place,» the White House memo said.

The memo included several ellipses raising questions about whether the White House omitted words or phrases. 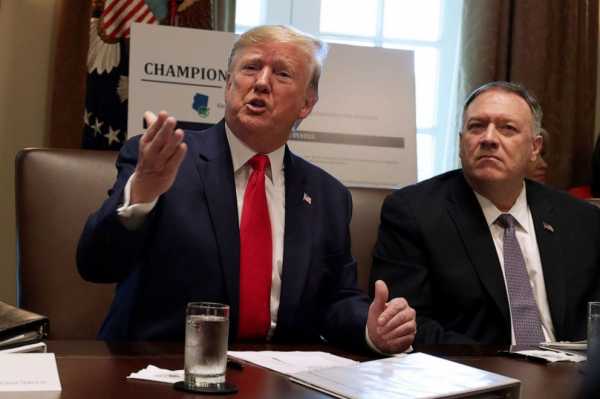 U.S. President Donald Trump speaks as Secretary of State Mike Pompeo listens during a cabinet meeting in the Cabinet Room of the White House October 21, 2019 in Washington, DC.

A White House official testified in a closed-door impeachment hearing that he listened to the call and the rough transcript is missing references to Burisma and to recordings of Biden discussing corruption in Ukraine.

Trump continues to defend his July call with Zelenskiy as «perfect,» and has made negative comments about the inquiry, calling it a «hoax.»

Public testimonies with the witnesses are also scheduled to begin this week, the House announced on Nov. 6.