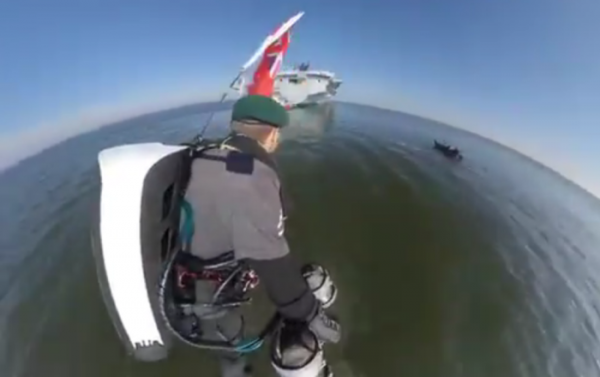 Demo flight pilot Richard Browning, a former Royal Marine reservist and ultra-marathon runner, invented the jet pack and worked with the Royal Navy on the development of his project.

Browning, who founded Gravity Industries in 2017, made a short flight around the aircraft carrier, stunning the passengers of a nearby passing private yacht.

Browning’s jet pack uses five small but powerful gas turbines to produce over 1,000 horsepower, allowing it to travel at speeds up to 89 km/h.

The longest flight made by Browning and his new jet pack occurred in September, as he succeeded in crossing a distance of 1.3 km from Hurst Castle in Lymington, to Fort Albert in Freshwater.