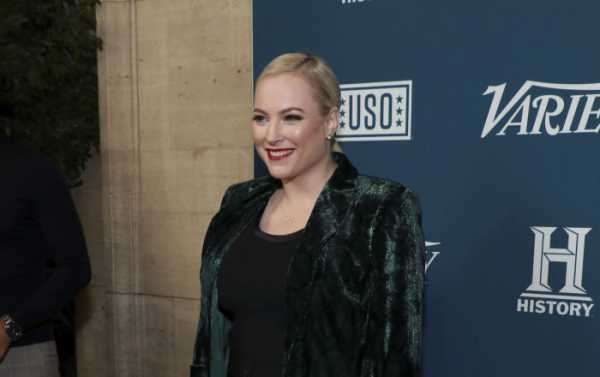 Political analyst and strategist Roger Stone has been found guilty of obstruction of justice and making false statements at the time Special Counsel Robert Mueller was conducting his 2016 Russia collusion probe, before he concluded there was none.

Meghan’s remark may notably be a jab at Stone referencing his 2017 tweet at her father John McCain.

In August 2017, Stone suggested that John McCain could “burn in hell for all eternity” after the senator lashed out at President Donald Trump’s pardon of Joe Arpaio, a sheriff-turned-politician who fell short in a bid to gain a seat in Congress, for his contempt of court charge.

McCain’s remarks were met with a storm of taunting responses online, with one netizen pointing to her apparent double standard:

“Didn’t you complain when people said the same about your Dad?” one asked.

“I’m sure her father could use the company”, a second butted in opting for a bit of black humour, while another posted a photoshopped image of Senator McCain surrounded by Daesh* and al-Nusra** fighters:

Another chose a different aspect and used the discrepancy between what one looks like online and in reality:

“That’s all she talks about is her dad. Without him, she’s nothing”, a different netizen said, while another went still further:

Another insisted she doesn’t feel “strongly about anything”, which is deeply unlikable, adding that she is solely after the media spotlight:

Author and strategist Roger Stone was convicted of obstruction of justice and making false statements over his testimony to Congress relating to emails hacked from the Democrats, as part of the Mueller probe on the now busted collusion between Russia and the Trump campaign.

Stone has vehemently denied the claims, with POTUS, who is now targeted in an ongoing impeachment inquiry, retorting that the conviction “is a double standard like never seen before in the history of our Country”.

Meghan McCain made the same provocative remark about former Trump campaign strategist Paul Manafort last year, saying that Manafort should “rot in jail and then he should rot in hell”.

She similarly referred to Republican Sen. Rand Paul recently, sharing that what she feels for him is hatred.

“Right now we’re just saying we’re just going to leave them and abandon them and to everyone in the White House and every Republican who was mad that President Obama pulled out of Iraq, you feckless unpatriotic cowards!” she fumed on The View.