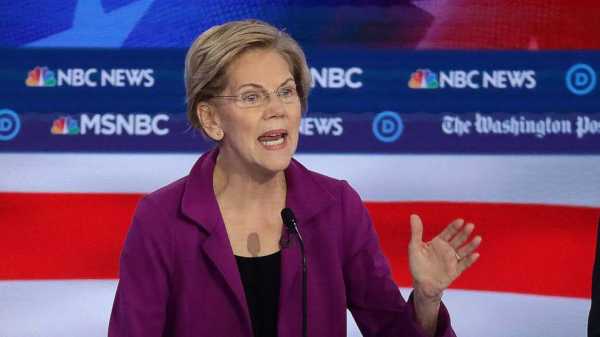 As the fifth Democratic debate kicked off Wednesday night, Senator Elizabeth Warren, D-Mass., addressed impeachment through condemning the corrupt influence of money in Washington, which she has continuously called out as she makes her 2020 bid for “big structural change.”

Citing the $1 million donation that Gordon Sondland, a hotel executive before his June 2018 confirmation, made to President Donald Trump’s inaugural committee, Warren criticized fellow Democratic contenders for their delay in not signing a ban on big donors becoming ambassadors.

However, a review of her voting record in the Senate from President Barack Obama’s time in office shows that in 2014, she herself voted in favor of appointing «wealthy donors» to multiple ambassadorships.

She voted for at least three out of more than 30 of Obama’s ambassador nominees, who were also his bundlers, according to an ABC News analysis of voting and campaign finance records. Bundlers are top campaign fundraisers who reach the max of their own donations, and raise large amounts for campaigns by mining their networks of friends and acquaintances to donate as well.

Others were confirmed by voice vote, which would mean that Warren did not raise an objection on the Senate floor — despite her vocal objections to such nominations now. 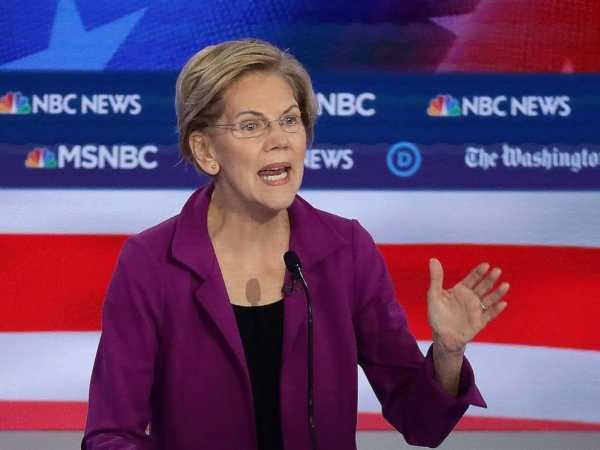 (MORE: Elizabeth Warren gets taste of what it really means to be a front-runner)

Moreover, some of those appointees faced strident criticism from Republican colleagues, and scrutiny from the press, for appearing to lack proper qualifications to fill such high-stakes international roles.

Asked if her past votes belie Warren’s message, the campaign responded to ABC News, «Months before the Ukraine scandal broke, Elizabeth called on every candidate to join her in pledging not to give ambassador jobs to campaign donors. So far, none have done so,» press secretary Gabrielle Farrell told ABC News on Thursday. «Yesterday’s explosive impeachment testimony highlights the importance of not auctioning off ambassador jobs to the highest bidder. Democrats should commit to ending this practice.»

In July, Warren proffered a plan that pledged to «put America’s national interests ahead of campaign donations and end the corrupt practice of selling cushy diplomatic posts to wealth donors.»

«I won’t give ambassadorial posts to wealthy donors or bundlers — period,» she wrote. «The practice of auctioning off American diplomacy to the highest bidder must end.» She does not specify what the cutoff would be for a «wealthy» donor that would disbar someone’s appointment.

Warren’s plan also calls for «finding the most qualified person for the job.»

The day after the debate, Warren’s campaign rolled out a new 30-second ad emphasizing her push to «end the corruption of ambassadorships.»

Later the same afternoon, Julian Castro, former Housing and Urban Development secretary under President Obama and a former San Antonio mayor, announced he was committing to «only appoint qualified nominees» to his administration, «not wealthy donors,” though he did not clarify whether a person holding both those roles could apply for a diplomatic one under his administration as well.

Before Trump, Obama sent his political patrons to high-profile diplomatic positions, naming dozens of campaign bundlers as ambassadors during his second term, according to an analysis by the Center for Public Integrity.

Among them, Noah Mamet, a longtime political consultant and adviser, then bundler for Obama, raised at least $500,000 for his campaigns. Mamet worked for the California Democratic Party, and later served on an international delegation to monitor elections.

He was tapped to be the U.S. ambassador to Argentina in 2013, but during his confirmation process admitted he’d never set foot in the country.

His nomination was confirmed mainly along party lines 50-43 in 2014; among those in the «Yea» column: Warren.

Colleen Bell, a producer of the soap opera «The Bold and the Beautiful,» and a bundler for Obama, was confirmed the same day as an ambassador to Hungary. She raised at least $500,000 for Obama’s campaigns.

«We’re about to vote on a totally unqualified individual to be ambassador to a nation which is very important to our national security interest,» McCain said.

«I am not against political appointees … I understand how the game is played, but here we are, a nation [Hungary] that is on the verge of ceding its sovereignty to a neo-fascist dictator getting in bed with Vladimir Putin and we’re going to send the producer of ‘The Bold and The Beautiful’ as the ambassador,» McCain continued. «I urge my colleagues to put a stop to this foolishness. I urge a no vote.»

Bell was confirmed to the post 52-42 and Warren was among those who approved.

Warren was not alone in her vote — several of her fellow 2020 contenders also voted to confirm the bundler nominees in question: Sen. Cory Booker, D-N.J., Sen. Michael Bennet, D-Colo. and Sen. Amy Klobuchar, D-Minn. While Sen. Bernie Sanders, I-Vt., voted to confirm Bell, but abstained from the vote for Mamet.

ABC News has also reached out for comment from all these campaigns.

Booker’s national press secretary said, «As president, Cory would appoint individuals based on their qualifications, character and abilities needed to fulfill their duties — not how much money they donate to the campaign.»

Among the Democratic contenders, Warren has been the most outspoken on «fat wallets» influence in politics.

«This has been going on for decades, I think every administration in the modern era,» Sheila Krumholz executive director of the Center for Responsive Politics, a nonpartisan group that tracks money in politics, told ABC News.

«We’re seeing people who are woefully unqualified being nominated, and you know it’s of course painful to watch. There’s humiliation in front of the Senate and cameras, but it’s also damaging to the credibility of our diplomatic corps, to have this sense that there’s a two-tiered system where you can be qualified or you can buy your way in. It’s a longstanding tradition — a long standing and a bipartisan problem — and something that really begs to be addressed, because it’s not a heavy lift to to consider that a rule should be in place that would prohibit such such inappropriate nominees.»

At issue is the lack of preparation on the part of the nominees, Krumholz said. It’s something for which Obama faced blowback, as the supporters he tapped struggled to answer questions about the countries they were hoping to serve in.

Aside from Bell’s struggle to name strategic U.S. interests in Hungary, Mamet’s lack of experience in Argentina, another one of Obama’s picks, hotel magnate George Tsunis, faced criticism as well.

Nominated for the ambassadorship of Norway, Tsunis was slammed for having never been to Norway, and his apparent lack of knowledge of the country’s political climate. Norwegian media slammed him for displaying a «total ignorance of Norway» in his Senate Foreign Relations Committee hearing. Tsunis later withdrew his nomination.

«I think we forget about this issue for years, and then suddenly it’s a presidential cycle — and we’re reminded of how badly this is handled,» Krumholz told ABC News. «And one of these years we need to get smart and take this seriously.… It would be a service to the public for the candidates to grapple with this in front, and not at the last minute during the lead up to the inauguration.»

«It’s a systemic failing,» Krumholz said. «Right or left, Democrat or Republican, everyone wants qualified people in such important and influential roles. It’s high time to address this conundrum.»