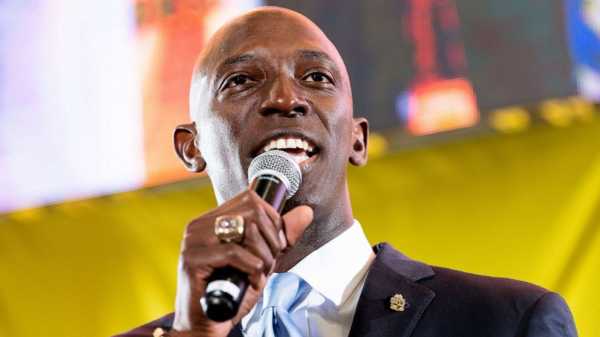 The little-known mayor of Miramar, Florida, announced his candidacy for president on March 28. He framed himself as an outsider with a close connection to America’s communities.

Out of the running: He announced that he suspended his presidential campaign on Nov. 20, the morning of the fifth Democratic debate.

«I am Suspending My 2020 Presidential Campaign But I’m Not Finished Yet,» he posted on the morning of the fifth Democratic debate in Atlanta.

In a Medium post, which he linked to in his tweet, he wrote, «I knew the odds were a steep hill to climb but I have always fought for what is right and will continue to break barriers never broken.»

Family: Married to Angela and they have three children, Wayne II, Kayla and Kyla.

Education: He graduated from Florida State University in 1997 with a bachelor’s degree in Management Information Systems.

What he does now: Messam was first elected mayor of Miramar, Florida, in 2015 and has since served two terms. He has defied the Trump administration by offering his city to be a «safe zone» for those immigrating to the United States.

What he used to do: After Messam’s post-college dreams of going to the NFL couldn’t be fulfilled, he started his own construction company, according to his campaign website. As a «Leadership in Energy and Environmental Design» (LEED) certified contractor, he and his company received national recognition for building «green» projects throughout his home state. In 2011, he ventured into local politics and was elected city commissioner of Miramar. 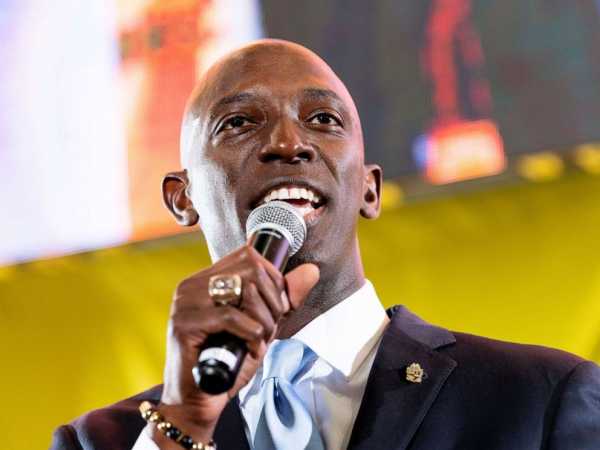 Messam and his construction company have built energy efficient schools in under-served communities. One of his projects, Galaxy Elementary, is «the greenest school in the Southeast United States» with a LEED Platinum certification.

He earned full athletic and academic scholarships to play football at Florida State University. He was named «Student of the Year» by the FSU Black Alumni Association in 1996, according to his mayoral Facebook biography.

He defeated a 16-year-incumbent, to become Miramar’s first black mayor, according to the Miami Herald.

Messam sits on the board of the National League of Cities, which lobbies Washington on behalf of municipal governments, and has served as president of the group’s arm that specifically represents local African American officials.

Where he stands on some of the issues:

Messam has made tackling student debt through loan cancellation a major part of his platform. In a statement to ABC News Messam said, «We feel that that burden should not be borne just by the working class and middle-class individuals.» His plan would roll back the Trump administration’s tax cuts for the rich to pay for the $1.5 trillion price tag.

On health care, Messam is calling for lower prescription drug costs to eliminate self-rationing or patients using expired medication. As president, he would be «open to ideas» to fix the country’s current health care system where pharmaceutical companies do «more to protect their bottom line,» according to his campaign website.

(MORE: ‘Medicare For All’ or single payer: How the 2020 Democrats differ on health care)

He was down the street from Marjory Stoneman Douglas High School in Parkland, Florida, when 17 people were killed in a mass shooting in February 2018. Messam used that personal connection to gun violence to expand background checks and other safer gun reforms in his community as mayor. If elected, his goal is to «cut gun deaths in half» by the end of his first term and to «eliminate the threat entirely» by the end of his presidency.

(MORE: Here’s where the 2020 Democrats stand on gun control) 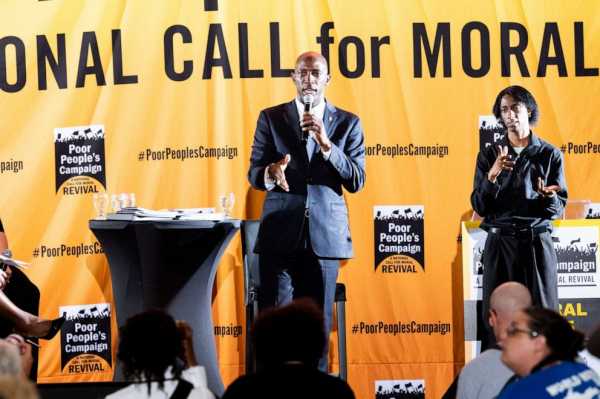 Messam’s campaign raised $50,281 in the second fundraising quarter, ranking lowest among the 2020 candidates. During that same period, his campaign spent $60,965, more than the amount raised.

He hasn’t yet made a debate stage and it will be harder to reach the third debate in Houston, hosted by ABC News in partnership with Univision. For the September event, candidates must hit 2% in four qualifying polls, compared to 1% in three polls for the Miami and Detroit debates, and they need 130,000 individual donors, which is an increase from the 65,000 needed for the first debates.

In April, Messam said a lawyer was reviewing allegations that his campaign staff wasn’t getting paid. The allegations by a former staffer were published in a report by the Miami New Times.

He played football on a full scholarship at Florida State University in the 1990s. He started at wide receiver and his team won the National Championship in 1993.

Messam is a first-generation American. His parents immigrated to Southern Florida from Jamaica and worked in the sugar cane fields in the Florida Everglades for 16 years, according to his campaign website.

He is currently the chief executive of Miramar, Florida, located outside of Miami. The city of 140,000 residents is more than the population of South Bend, Indiana, where Pete Buttigieg serves as mayor.