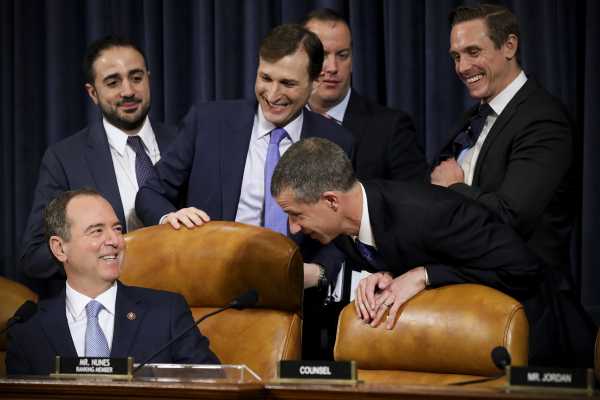 On Thursday, the US House wrapped up a marathon week of public hearings for its impeachment inquiry into President Donald Trump. With lawmakers headed home for Thanksgiving break, the question on everyone’s minds is “what comes next?”

In its rough form, what’s next is that the House Intelligence Committee and Chair Adam Schiff (D-CA) will compile and submit a report of its investigation to the House Judiciary Committee. The Judiciary Committee hasn’t had jurisdiction on the narrow Ukraine-focused impeachment investigation, but it’s the body that will decide whether or not to draft articles of impeachment — the “charges” against Trump.

There are no more public hearings on the schedule for now. Of course, this could change if someone else with valuable testimony comes forward. But some Democrats don’t want to wait long for a star witness like former National Security Adviser John Bolton — who has said he won’t testify unless compelled by a court.

“He blew our timeline up,” Rep. Stephen Lynch (D-MA), a member of the House Oversight Committee told Vox recently, adding that testimony from other sources about Bolton made it seem like he was opposed to Trump’s objectives in Ukraine. “When we looked at the evidence we wanted from him, we had other sources. … He can be prickly at times, and you’re not sure what he’s going to come out with.”

An Intelligence Committee spokesperson declined to comment on whether there would be additional hearings before or after the Thanksgiving holiday, or when Schiff would submit his report.

For a while, the buzz around Capitol Hill has been that the Judiciary Committee could draft articles to send to the full House before Christmas. Some House Democrats have said they’d like to vote on impeachment by the end of the year, but there’s still no set timeline. On Thursday, the Washington Post reported Senate Republicans are in talks with senior White House officials to limit a Senate impeachment trial to two weeks, and it’s likely the earliest a trial could come is January.

On Thursday, House Speaker Nancy Pelosi left the door open to the possibility of more testimony, but was careful not to put forth any deadlines. 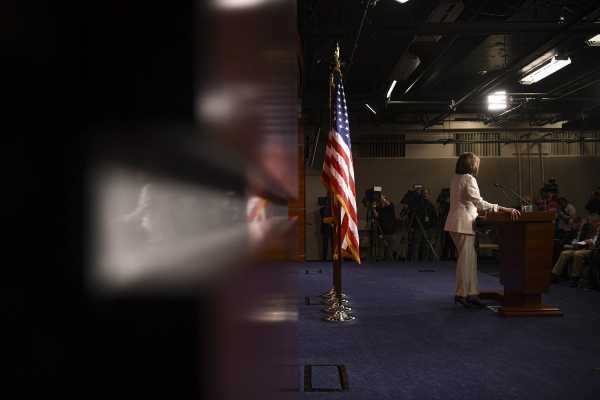 “All of this is up to the committees of jurisdiction. They have the responsibility and they see the flow of evidence in fact,” Pelosi said. “We aren’t finished yet, the day is not over, and you never know what testimony of one person may lead to need for testimony of the other, as we saw with Ambassador Taylor at the beginning of last week bringing forth Mr. Holmes today.”

An aide to a member on the Intelligence Committee told Vox that while there’s some talk at the staff level of holding more sessions, Democrats are feeling confident they have enough information about Trump’s efforts to co-opt US foreign policy and compel the Ukrainian president to open investigations that would benefit him politically. The House comes back to Washington the week after Thanksgiving, when work will resume.

“Certainly there’s more to investigate re: [Secretary of State Mike] Pompeo, etc.,” the aide said, “but for the case against the president at this point we have more than enough.”

Pelosi also repeated her invitation to President Trump to appear before the committees under oath. “We haven’t made any decision, and as I said to the president, if you have any information that is exculpatory, please bring it forward, because it seems the facts are uncontested as to what happened,” she said. “If you have reason to convince people that something was different — under oath — please let us know.”

The spotlight is about to move to the House Judiciary Committee

After the Thanksgiving break is done, the intense focus around impeachment will likely switch from the Intelligence Committee to the Judiciary Committee.

While the Intelligence Committee (along with the House Foreign Affairs and Oversight committees) has had jurisdiction over the House’s impeachment investigation, the Judiciary Committee will ultimately be the group deciding whether or not to move articles, which would then go to the Senate for the official trial — if approved by the full House. Here’s how the rest of the House’s side of the process works, as I wrote along with my Vox colleagues Li Zhou and Matt Yglesias:

Four Judiciary Committee members told Vox on Wednesday they’re not yet sure the timeline will be.

“Judiciary won’t do anything [on articles of impeachment] until the [Intelligence] Committee wraps up our work,” said Rep. Val Demings (D-FL), who sits on both committees.

When asked if there was any way the Judiciary Committee wouldn’t move ahead with articles of impeachment, committee member Ted Lieu (D-CA) demurred.

“We haven’t made a decision yet,” Lieu said, adding he expected that to happen in December. “There’s still additional testimony. We also want to give every opportunity for the President to provide exonerating evidence.”

Another Judiciary Committee Democrat noted it’s significant that despite Trump saying he’d “strongly consider” coming forward to testify, neither he or his White House has come forward to offer the exculpatory evidence pushing back on the case current and former intelligence and State Department officials have laid out around Ukraine.

“I don’t want to prejudge it, but this evidence is so damning, and you’ll notice there’s no exculpatory information coming out from the administration,” Rep. Madeleine Dean (D-PA) told Vox.