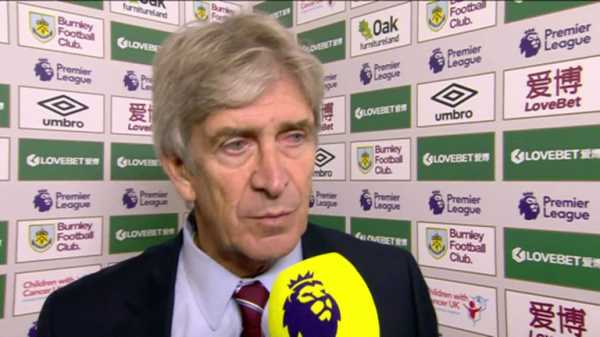 2:22 Manuel Pellegrini said poor defence rather than a lack of confidence is the reason behind West Ham’s current run

«It’s a very difficult moment, but we have to perform as a team. In this moment we have a lot of poor performances from a lot of players and now we are trying to recover, not only the results but the trust too.

«I don’t know if today was unacceptable, but there were big mistakes for the goals. The first goal a set piece, it was a corner which was not a corner so that was a mistake from the referee, but we must defend it anyway. Then there were two very big mistakes. 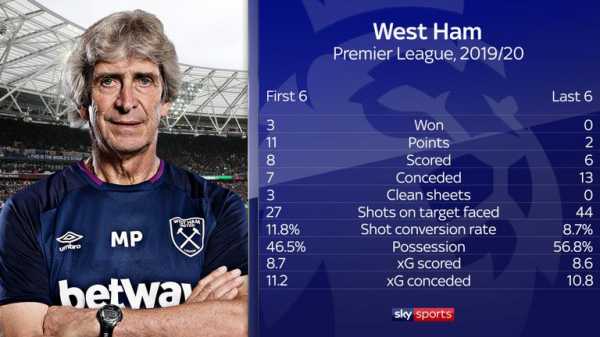 «It’s more than confidence, we are conceding too many goals. Three against Newcastle, three set pieces. If you concede so many difficult goals, it is very difficult to win.»

The Hammers’ dip in form was sparked by Pellegrini electing to field an under-strength team in the Carabao Cup third-round clash with Oxford United. The Sky Bet League One side duly thrashed them 4-0 at the Kassam Stadium — and things have unravelled ever since.

West Ham allowed Adrian to depart in the summer, but that now looks a poor decision after Roberto’s recent displays.

Pellegrini was always going to miss his first-choice goalkeeper Lukasz Fabianski when the Poland international suffered a hip injury in the 2-2 draw at Bournemouth.

Fabianski made more saves (149) than any other goalkeeper in the Premier League last season while only Liverpool’s Alisson (77) had a higher save percentage than the 34-year-old (72.5) of those goalkeepers who were ever-present last term.

West Ham lost just one of their opening seven league games with the former Arsenal stopper between the posts, but they are without a win in the five games that Roberto has deputised.

During the dramatic 2-1 defeat to Crystal Palace in early October, the 33-year-old Spaniard started his first league game since April 2018 — and there have been signs of rust over the past month. 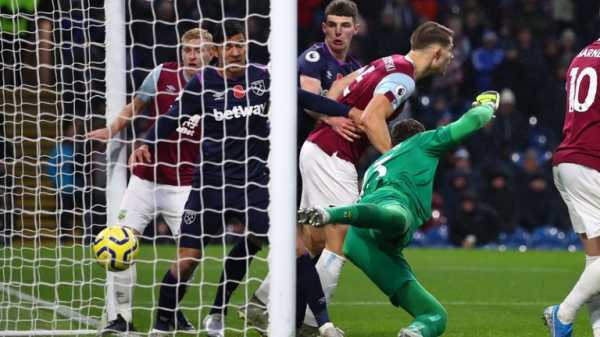 Roberto was at fault in recent defeats by Everton and Newcastle, and scored a calamitous own goal in the 3-0 defeat at Burnley.

He was also to blame for the hosts’ second at Turf Moor, throwing the ball out to Fabian Balbuena with his back to play, allowing Dwight McNeil to nip in and set up Chris Wood to score. David Martin, the 33-year-old signed on a free transfer from Millwall, is the alternative option. 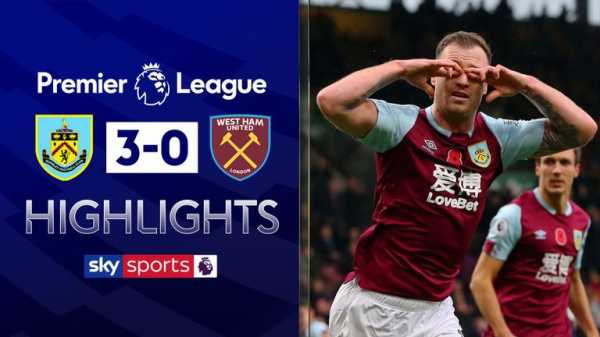 2:53 Highlights from Burnley’s win against West Ham in the Premier League

Is a summer of poor recruitment starting to bite?

Sebastien Haller looked like he had arrived in the Premier League after scoring three goals in two games following the opening day 5-0 loss to Manchester City, but there is a growing feeling that defences have figured him out.

Haller was very effective last season with Eintracht Frankfurt playing as the focal point of a three-pronged attack, flanked by Luka Jovic and Ante Rebic — but he has looked isolated at times in a claret and blue shirt. 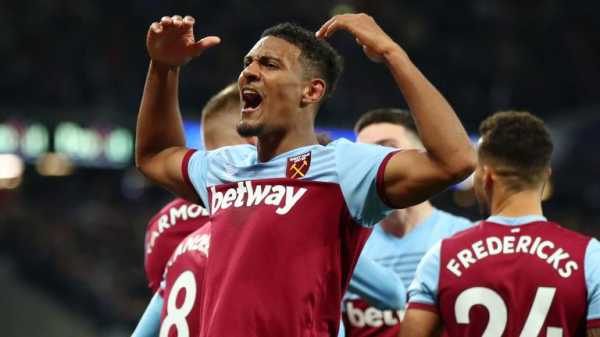 The Frenchman scored 20 goals last season, but a lack of pace has underpinned his struggles to replicate that return, and indeed the impact Marko Arnautovic made as a makeshift striker last season before he became aware of Shanghai SIPG’s interest.

In the summer, Pellegrini insisted on Mario Husillos being brought in as the club’s new director of football — and it was his connection with Malaga that saw Roberto and Pablo Fornals arrive in east London.

Javier Hernandez was allowed to join Sevilla on the belief that Albian Ajeti could fill the void, but the Switzerland forward has fallen desperately short of the necessary quality so far.

Should Diangana and Cullen be recalled? 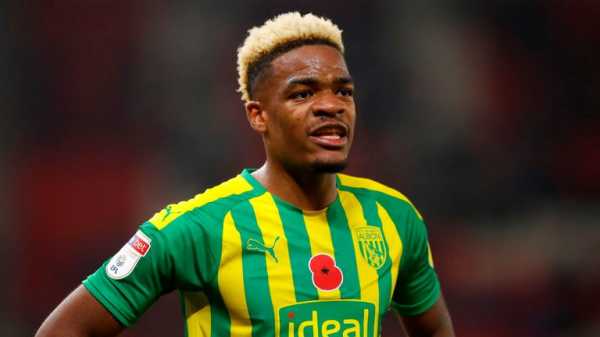 The Chilean insisted last week that Grady Diangana will remain on loan at West Brom after speculation that the winger might return following his scintillating displays while out on loan at The Hawthorns.

But with Manuel Lanzini having undergone surgery on Monday after fracturing his collarbone against Burnley, there will be renewed calls for the 21-year-old to be brought back to London. 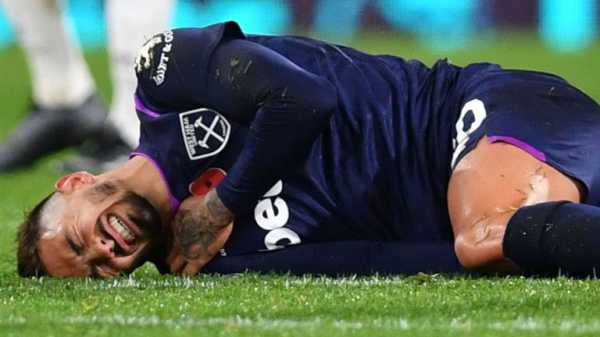 The form of Josh Cullen under former Hammer Lee Bowyer at Charlton is also a sore point among fans, who believe the first team could benefit from having the Republic of Ireland midfielder as an option while the ineffectual 33-year-old Carlos Sanchez remains at the club.

West Ham have undoubtedly been hampered by the loss of key personnel with the pace and physicality of Michail Antonio also missing since the end of August. But Pellegrini has not helped himself with his team selections in recent weeks.

Angelo Ogbonna was dropped after the 2-0 loss to Everton, but his replacement Balbuena has not inspired confidence. 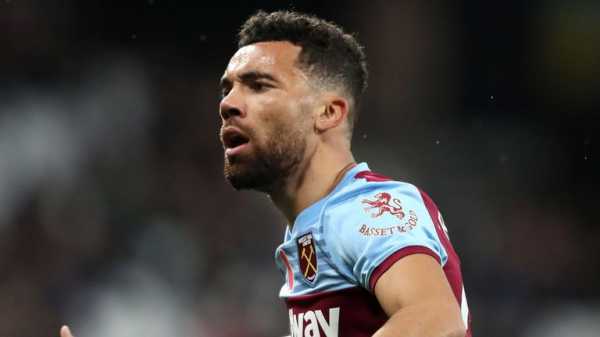 Ryan Fredericks was also taken out of the side following that defeat at Goodison Park, but the fleet-footed full-back seemed the ideal option to counteract the pace of Allan Saint-Maximin when Newcastle came to the London Stadium.

Instead, Pellegrini left supporters bemused by selecting Pablo Zabaleta, and Steve Bruce’s side wreaked havoc during a 3-2 defeat that flattered the home side. 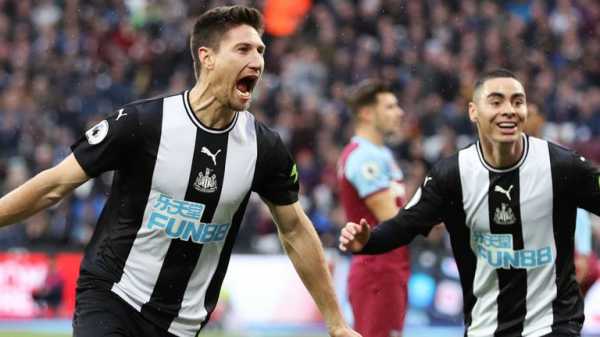 Paul Merson told The Debate: «The team he picked to start with on Saturday you’re playing Burnley who just got ripped to shreds by Sheffield United, so you know Sean Dyche is getting that team up for it.

«He brought in Fornals to play on the wing, who hasn’t played a lot, Felipe Anderson on the other wing… this is Burnley away.»

Loss of form to key players 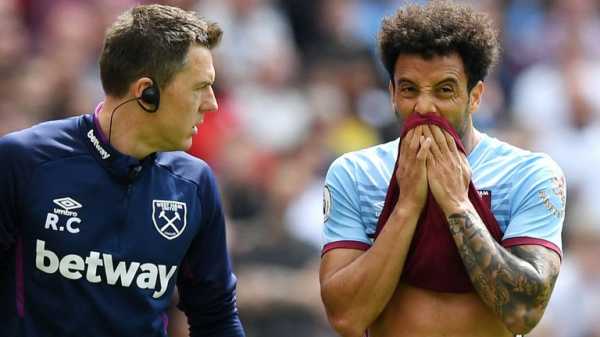 After West Ham lost their opening four league games last season, Pellegrini moved away from his preferred 4-2-3-1 formation and deployed a 4-3-3 system that allowed Declan Rice to flourish alongside Mark Noble and Pedro Obiang in midfield.

But Obiang has since been allowed to join Sassuolo, while Felipe Anderson — another who benefited from the change in formation — has now scored just one Premier League goal in his last 28 matches.

Rice’s performances have dipped since he was criticised for his role in England’s 2-1 defeat to Czech Republic last month, and the 20-year-old midfielder may only now be learning to manage the heightened expectations on his shoulders. 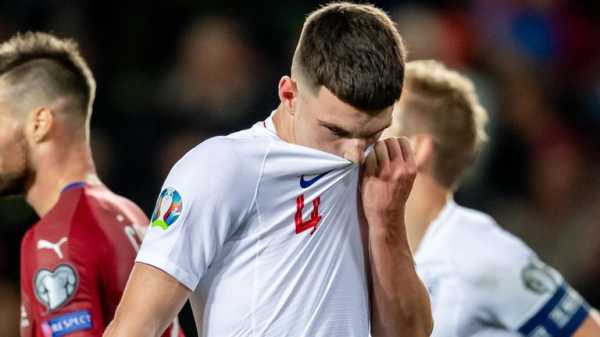 But he gave an honest appraisal following West Ham’s latest defeat, saying: «We were bullied all over the pitch — Burnley were winning everything. It’s not good enough.

«It’s been like this since the Crystal Palace game. We were nowhere near good enough. We haven’t kicked on and we have been poor.

«There is a real buzz around the place during the week but when it gets to the game and we go 1-0 down our heads drop. We need to do the basics — the simple five-yard passing, the tackling.»

Do West Ham need to act on Pellegrini?

The former Manchester City manager is the third-highest-paid Premier League manager on £8m-a-year — behind Pep Guardiola and Mauricio Pochettino — so it is unlikely that West Ham will act in the immediate future.

But something has to swiftly change. The Hammers host Tottenham after the international break with trips to Chelsea and Wolves before Arsenal travel to the London Stadium on December 9, live on Monday Night Football. 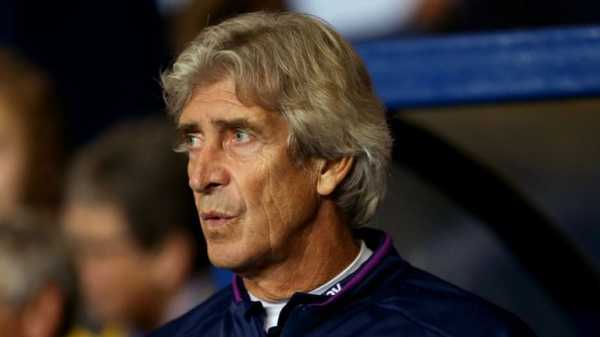 Merson added: «I thought he was in trouble after the Burnley game, with the two-week break. You’ve got to remember they played Newcastle at home the week before, and they let in three goals.

«I can’t remember the last time Newcastle got three, no disrespect to them, but if they’re not going to give it at home, what chance have they got away to Burnley? He didn’t pick the right team, and they got ripped to shreds. 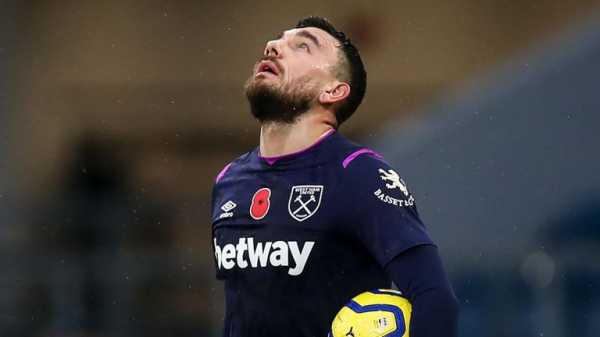 «I did their game against Burnley for Soccer Saturday, and that was one of the worst performances from them that I’ve seen.

«As soon as Mark Noble went off injured after about 10 minutes or so, you might as well have taken the rest of the team off. Without Noble, I don’t know who gets this team up. I don’t see who drives them on. It was so lacklustre.

«I’ve looked at their fixtures, and from about six weeks ago when I was thinking they could be in a European race, these are going to be in the bottom three in five weeks’ time.

«They miss Lukasz Fabianski… Roberto had a game to forget. He makes a difference, but they’re struggling. They’re going to be in a relegation battle from Christmas onwards.»

Democratic candidates not on debate stage make voices heard from the...