Her friends and colleagues all know her as «Masha.»

But to most of the rest of the world, she’s Marie Yovanovitch, the career diplomat caught up in the blizzard of headlines about Ukraine and President Donald Trump’s possible impeachment.

Until a few months ago, she was the tough-minded U.S. ambassador to Ukraine, living in the embassy in Kyiv with her mother Nadia and her dog Scout, she said in a 2017 interview.

Then, her whole world changed. 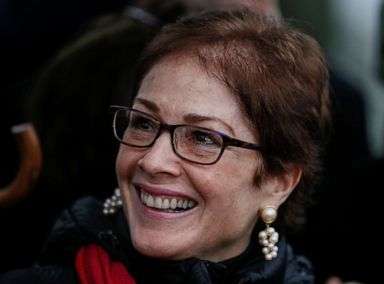 Now, she’s telling her story about being smeared and threatened to millions of Americans watching the House impeachment hearings on television.

Yovanovitch has served under the past six administrations — both Republican and Democrat — and won high praise, including the Senior Foreign Service Performance Award six times and the State Department’s Superior Honor Award five times. She was nominated to be U.S. ambassador to Kyrgyzstan and Armenia by George W. Bush and to Ukraine by Barack Obama.

But earlier this year, Yovanovitch was attacked in conservative media and by Ukraine’s former public prosecutor, who accused her of giving him a «do not prosecute» list and blocking him from traveling to the U.S. to investigate Democrats after she publicly criticized the country’s lack of progress in tackling corruption.

The State Department and U.S. embassy went on record to deny the allegations, and the prosecutor later recanted them. But Trump and his personal lawyer Rudy Giuliani have repeated them, and they may have influenced Trump’s decision to recall Yovanovitch early from her post in May.

She learned only in late September, when the White House released a memo of Trump’s now infamous July 25 with Ukraine’s president, that the president called her «bad news,» saying she was «going to go through some things.»

Since then, Yovanovitch, who just turned 61, indeed, has been going through «some things.»

Still an active Foreign Service officer, she’s been teaching at Georgetown University while the scandal unfolded across Washington — her name, her photo, and the accusations, coming up repeatedly in news accounts and on television. 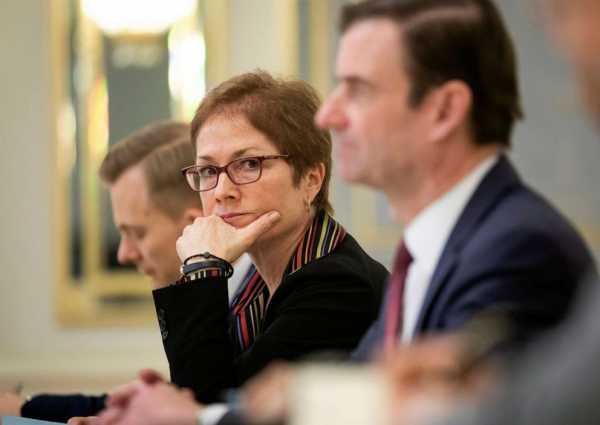 She was heralded as a hero when she complied with a House subpoena in defiance of the White House — the first current administration official to do so — marching to Capitol Hill on Oct. 11 to speak to House impeachment investigators behind closed doors.

She learned about being a survivor from her parents, whom she credits as teaching her the values of «freedom and democracy the U.S. represents.»

They emigrated to North America in the 1940s — fleeing Nazi and communist regimes in Europe. Young Masha grew up in Kent, Connecticut, according to The Middletown Press, where her parents taught foreign languages at a private boarding school.

«My parents survived poverty, war, and displacement,» she said at her confirmation hearing in 2016. «They finally arrived in the United States with me in tow in search of freedom, accountability, and opportunity, the very values that Ukrainians demanded in the revolution of dignity.»

(MORE: Former ambassador to Ukraine says Trump had her removed based on ‘false claims’)

She told a Connecticut newspaper in 2005 that she first thought about working abroad when she was in school but didn’t pursue it until years later, after studying in Moscow and working in advertising in New York. She joined the Foreign Service in 1986. Yovanovitch previously worked at the U.S. embassy in Ukraine as the second-in-command, serving as deputy chief of mission in the early 2000s, and as Principal Deputy Assistant Secretary for Europe.

In her confirmation hearing to head back to Kyiv as ambassador, she said she has actively promoted human rights and democracy throughout her career. In fact, she’s received multiple awards for doing so, including a Diplomacy for Human Rights Award, for working to free political prisoners in Armenia in 2008. She also advocated to free an imprisoned whistleblower in Armenia in 2011.

Former Ambassador to Bulgaria Nancy McEldowney has described Yovanovitch as a «professional of impeccable integrity, someone with a stellar career that has never had the slightest suggestion of impropriety.»

In 2017, Yovanovitch told The News-Times in Danbury, Connecticut, she was simply doing what she loved.

«I am biased, of course, but I think that working for the State Department is so rewarding. There really isn’t a higher purpose than to represent the United States abroad,» she said.