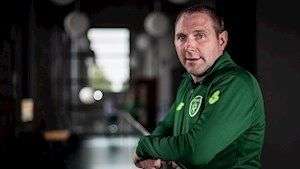 LGBT equality charity Stonewall has praised Wycombe goalkeeper Ryan Allsop after he reported homophobic abuse during his team’s League One match at Tranmere.

The 27-year-old spoke out after both he and referee John Busby were allegedly abused during Sunday’s game.

Merseyside Police said on Sunday night that a 24-year-old man was being questioned in connection with the incident related to Busby.

Stonewall welcomed Allsop’s intervention and its director of sport Robbie De Santos said in a statement released to the PA news agency: “Homophobic, biphobic and transphobic language are sadly still a feature of some football terraces.

“What happened to Ryan Allsop is a reminder of why Stonewall’s Rainbow Laces campaign is so important.

“Our research shows more than half of British people (58 per cent) believe it’s important anti-LGBT language is challenged at live sporting events.

“That’s why it’s great Ryan, Tranmere Rovers and Wycombe Wanderers stepped up to show that homophobic words are unacceptable and that they are committed to creating an inclusive environment.

“Our Rainbow Laces campaign is about giving people the confidence to tackle this abuse and show their visible support for lesbian, gay, bi and trans people, on and off the field.

“The more players, fans, clubs and organisations that stand up for equality in sport, the sooner we kick discrimination out and make sport everyone’s game.”

The Rainbow Laces campaign, which celebrates LGBT people in sport and challenges the use of anti-LGBT language, launches on Friday and runs until Sunday, December 8.

It is understood Allsop, 27, reported abuse at the interval after keeping at the Kop end of Prenton Park in the first half.

Chief Inspector Jason Crellin of Merseyside Police said: “We’re grateful to the player, both clubs and the stewarding staff for intervening and reporting these abhorrent incidents immediately.

“I also want to reassure them and everyone present and watching on television that we will be working alongside both clubs and the authorities to fully investigate the allegations.

“Hate crime has no place in our communities, and not least at a showcase sporting event attended and watched by many people.”

Tranmere said they take a “zero-tolerance” approach to such matters.