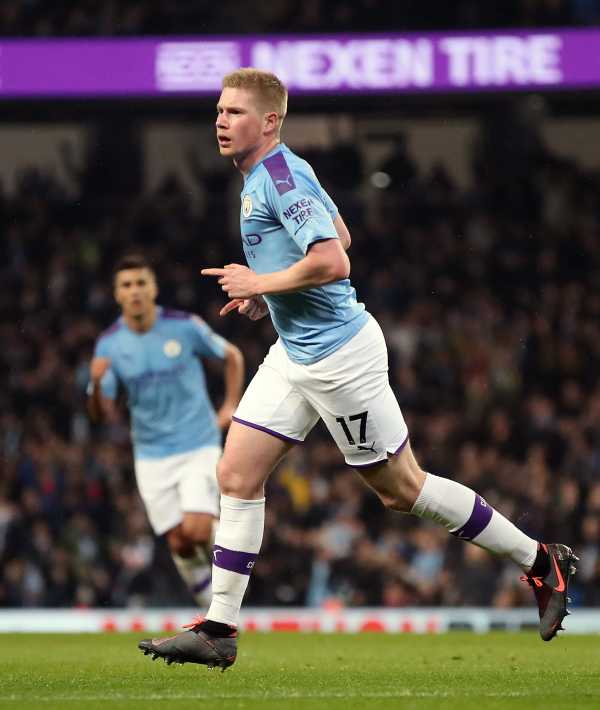 Zinedine Zidane has attempted to defuse possible tensions between Real Madrid fans and Gareth Bale as the Wales winger prepares to return to club colours against Real Sociedad on Saturday.

Bale was criticised in Spain after being pictured celebrating Wales’ Euro 2020 qualification victory over Hungary in midweek with a flag that read “Wales. Golf. Madrid. In that order”.

That came following accusations that Bale has been putting country before club in recent months, with the 30-year-old having played four times for Wales since his last appearance for Madrid on October 5.

Bale, who has missed Madrid’s last six matches after suffering a calf injury on international duty, is now in line to make his Los Blancos return against Sociedad after being named in a 19-man squad for the match.

It remains to be seen what sort of reception the former Tottenham winger will receive at the Bernabeu, but Madrid coach Zidane has urged fans to throw their support behind Bale and the team.

“When you look at what Bale has given to this club… the fans, the real ones, the ones who feel the colours, the ones who are here for the club, the people who are going to come to the stadium, know that Bale is part of our team and they have to be with him because he is with us,” Zidane told a pre-match press conference, as reported by www.realmadrid.com.

“Everyone has their own opinion and it’s one thing that’s already too much. You know the situation, he’s been with the national team, he’s been able to play and now he’s with us.

“He’s given a lot to the club and I’m only going to look at the sporting aspect, because outside there are a lot of comments and I’m not here for that. I know a lot of people are interested, but I’m not.

“I’ll always be with the players, things can happen outside the club, but we’ll always look out to the pitch, we don’t control what’s outside. I talked to Bale like I talk to all the players. He’s fine, he’s trained normally.”

While injuries have plagued his time in Spain, Bale has helped Madrid win four Champions League titles among a host of trophies since joining the club for a then world-record £85million in 2013.

“If he’s OK and something doesn’t happen to him, he’s a very important player, he’s proved it. Everyone who’s injured is different, but when he’s well, and now he’s well, I’m going to count on him.”

Zidane said during pre-season that it would be “best for everyone” if Bale left the club, with the Welshman then seeing a possible move to Chinese club Jiangsu Suning come to nothing.

Taking ahead of Saturday’s game, the Frenchman added: “If one day he has to leave that is his decision, but what I can say about Gareth is today he is here with us, available and I am happy for the team.”

Madrid return to action after the international break sitting second in LaLiga, behind leaders Barcelona only on goal difference.

They face a Sociedad side who are just two points back in fifth following a fine start to the season that has left coach Imanol Alguacil  in optimistic mood ahead of their trip to the capital.

The Basque side did the double over Madrid last season, winning 3-1 at home and 2-0 at the Bernabeu, and Alguacil is hoping for more of the same.

“Yes, it would be exciting to repeat that and we go with every intention, knowing that it is very complicated,” he said at a pre-match press conference.

Alguacil stressed that last year’s successes did not guarantee victory, however, saying: “The two teams are totally different today. Of course, we go with much more confidence, even more convinced to get something there. But it does not mean that we will win.

“What I do say is that we are convinced we can win. If you want to get something positive you have to go for the game.”