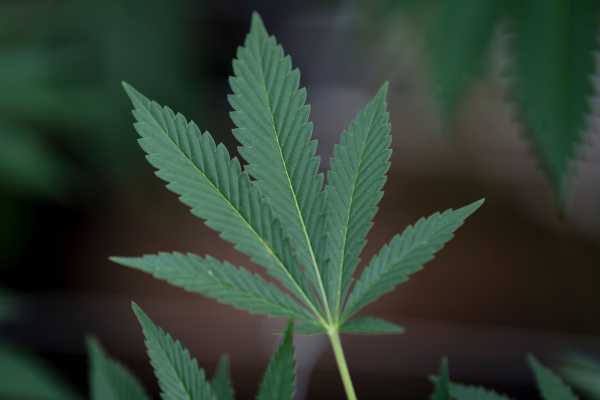 A new study suggests that marijuana legalization leads to more cannabis use and perhaps addiction, particularly among adults 26 and older — highlighting a public health downside to a policy change that now 11 states and Washington, DC, have adopted and several others are considering.

The consequences could be serious. As Magdalena Cerdá, the study’s lead author, and her coauthors wrote in JAMA Psychiatry, “Although occasional marijuana use is not associated with substantial problems, long-term, heavy use is linked to psychological and physical health concerns, lower educational attainment, decline in social class, unemployment, and motor vehicle crashes.”

In short: If legalization only makes occasional use easier, that’s probably not a concern. But if legalization is leading to more use and addiction overall, that could cause real problems — for individuals and society at large — down the line.

Cerdá, who’s also a drug policy expert at New York University, cautioned that the results should not be taken to mean that legalization is a bad idea, but that the way the country legalizes should better take into account, and try to prevent, more problematic use and addiction.

“This study is in no way meant to suggest that legalization shouldn’t take place,” Cerdá said. “It’s a separate issue altogether.”

To that end, the study could help inform us about how to legalize, rather than if we should legalize — making it relevant not just to people who oppose legalization, but to those who are interested in getting legalization right.

What the study found

Pulling from the National Survey on Drug Use and Health (NSDUH), the study, published in JAMA Psychiatry, looked at how marijuana legalization changed whether people had used marijuana in the past month, whether they had used it frequently (20 or more days in the previous month), and whether they had met NSDUH’s criteria for cannabis use disorder, which ranges from problematic use to addiction, in the past year. The researchers focused on the first four states to legalize — Colorado, Washington, Oregon, and Alaska — and divided the findings among adolescents (12 to 17), young adults (18 to 25), and older adults (26 and older).

The study also found a relative increase in cannabis use disorder among adolescents in legalization states compared to those in non-legalization states, but the findings were so small that the researchers suggested caution.

“For adolescents, I think we need to take the findings with a grain of salt,” Cerdá said. “We need to really track changes among adolescents over a longer period of time and across other states that are legalizing to see if that’s really a robust finding or it’s actually due to some other third factor.” 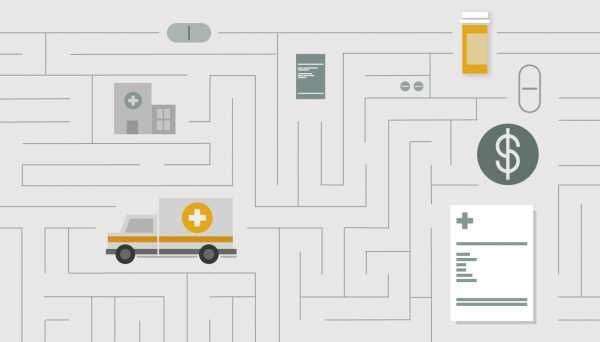 Vox has launched The Rehab Racket, an investigation into America’s notoriously opaque addiction treatment industry. We’re crowdsourcing patients and families’ rehab stories, with an emphasis on the cost of treatment and quality of care. If you’d like help our reporting by sharing your story, please fill out this survey.

The study found no relative increase in use, frequent use, or cannabis use disorder among young adults in legalization states. Cerdá offered one potential explanation: “This is the age where people take risks. … People don’t have a lot of responsibilities. They don’t yet have a family or a stable job. So perhaps at this age, legal limits don’t matter so much — particularly for a drug like marijuana, which is more socially accepted.”

The researchers took several steps to validate their results. They looked at demographic and socioeconomic changes to see if they had any effect. They checked if marijuana use had been especially increasing in legalization states before legalization. They conducted statistical sensitivity analyses to try to account for other variables that they may have missed.

But the findings held up: While the results for adolescents are small enough to warrant caution, there does seem to be something going on with marijuana use among adults 26 and older.

Still, there are caveats. For one, correlation is not causation, and there’s always a chance that a study like this, no matter the statistical checks, overstates causation. Rebecca Goldin, director of STATS.org, which connects journalists to statisticians, gave me one example of reversed causation: “It could be that increases in marijuana use (or desire to use marijuana — or cultural affinity toward the use of marijuana) led to successful efforts to legalize it.”

This is the first study, as far as Cerdá can tell, that looks at the effects of recreational legalization across age groups. Other studies have looked at the effects of use among adolescents, but this is the first to take a closer look at use among older adults. As more research is done, with longer time periods and including other states, the results could be different. It could even be that the study underestimated the consequences of legalization, given that recreational marijuana markets are still relatively young.

For now, though, the best evidence we have indicates that problematic marijuana use does go up among older adults after legalization, but there doesn’t seem to be a very significant, if any, effect among younger groups.

This isn’t necessarily a case against legalization

Cerdá was very clear: She does not see her study as making a case against legalization. Rather, she sees it as adding to the discussion about how to legalize.

“As states legalize marijuana, we need to be measuring public health effects,” Cerdá said. “It’s a responsible way to legalize.”

She pointed out, for example, that there are plenty of studies showing legal drugs, like alcohol and tobacco, have negative effects on society. After all, excessive drinking is linked to 88,000 deaths a year, and tobacco smoking to 480,000 to 540,000 deaths a year. But it’s rare that someone suggests banning the drugs altogether versus, say, increasing taxes or improving other regulations.

“We can start to think about ways to legalize that prevent those unintended consequences, just like we would regulate tobacco and alcohol,” Cerdá said.

This is something I’ve heard from drug policy experts again and again: There is no such thing as a perfect policy in this area (or, really, any other area). Perhaps legalization does lead to more use, even problematic use. But that has to be weighed with the downsides of keeping marijuana illegal — the hundreds of thousands of thousands of arrests a year, the racial disparities in those arrests, the money flowing to drug cartels, and the infringement on civil liberties.

Ultimately, then, the role of the public and policymakers is not to find the perfect policy but to weigh the pros and cons.

So it’s possible — and I would say likely — that marijuana legalization is generally a better approach than criminal prohibition, but there are better ways to legalize than what states are generally doing now.

As it stands, most of the states that have legalized have adopted a model that lets for-profit companies produce, sell, and market the drug, similar to alcohol. But these companies have a perverse incentive — because the most lucrative customers, for them, are those who use (and buy) a lot of pot, even if it’s to feed an addiction.

Some early data from Colorado, one of the first two states to legalize, speaks to this point. A 2014 study of the state’s legal pot market, conducted by the Marijuana Policy Group for the state’s Department of Revenue, found the top 29.9 percent heaviest pot users in Colorado made up 87.1 percent of the demand for the drug.

Given these statistics, to whom is the marijuana industry likely to market its product? Will the industry care much about the risks of problematic use or addiction if companies profit from it?

But there are ways to legalize that don’t lead to such commercial, for-profit interests. The government could legalize possession and gifting but not sales, as Washington, DC, has done. It could put state agencies in charge of selling pot, as some provinces in Canada are doing — which research has linked to better public health outcomes for alcohol. A RAND report, in fact, noted that there are at least a dozen alternatives to standard prohibition. 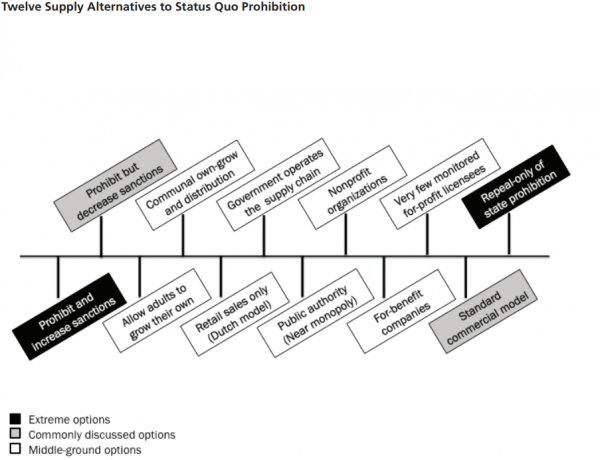