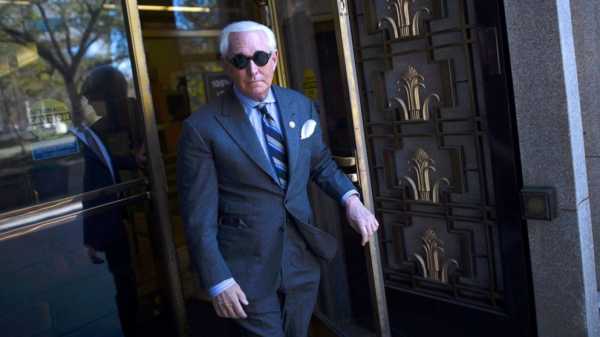 The first public impeachment hearings got underway Wednesday on Capitol Hill, bringing with them a fresh threat to derail Donald Trump’s presidency.

But just blocks away at a federal courthouse in Washington, government prosecutors presented closing arguments in the week-long trial against veteran political operative Roger Stone, a longtime friend of Trump, who is facing charges he lied to Congress and tampered with a witness in the House Intelligence Committee’s investigation into Russian interference in the 2016 election.

Prosecutors argued Wednesday that Stone’s alleged crimes came as a direct result of his efforts to save the embattled president.

Stone has pleaded not guilty to all charges, which were brought in January by special counsel Robert Mueller.

As questions surrounding Trump’s conduct toward Ukraine have taken on the national attention in recent months, Stone’s trial illustrates how the lingering accusations brought to light by the special counsel’s office remain relevant. 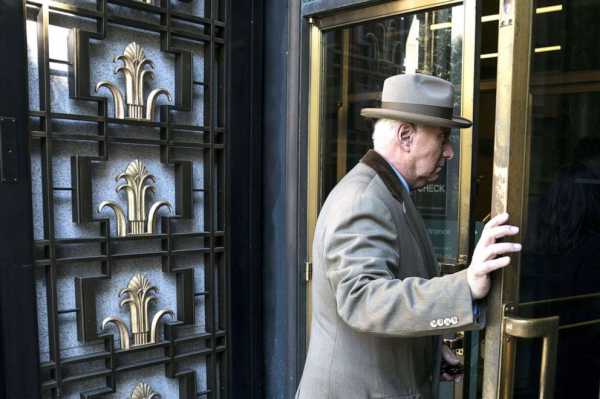 Roger Stone returns to the Prettyman Courthouse for his trial after lunch, Nov. 13, 2019, in Washington, D.C.

«Stone knew that if this information came out, it would look really bad for his longtime associate Donald Trump,» Assistant U.S. Attorney Jonathan Kravis said Wednesday in his closing statement to jurors. «So he lied to the committee.»

Bruce Rogow, an attorney for Stone, said it was «absolutely false» to suggest that Stone lied to Congress as part of an effort to protect Trump, arguing that «this is what happens in campaigns — they look for opposition information.»

«There was not purpose for Mr. Stone to lie about anything to protect the campaign,» Rogow argued, «when the campaign did nothing wrong.»

Prosecutors on Wednesday sought to highlight several times that Stone allegedly lied to the committee about several elements of their investigation. Those alleged lies range from information about his contacts with members of the Trump campaign regarding WikiLeaks to the identity of his alleged back channel to WikiLeaks. The special counsel has described Stone as a conduit between the campaign and Wikileaks, which disseminated internal Democratic National Committee emails in the summer of 2016.

After one week of testimony, both the government and defense counsel rested their cases on Tuesday.

During his closing argument on Wednesday, Kravis reviewed the documents and testimony before the jury that he said prove Stone’s guilt. He said those records show «exactly what was in [Stone’s] head all along: to obstruct the committee’s investigation.»

Rogow took issue what that claim in his closing argument, arguing, «There was no reason for Mr. Stone to lie.»

Jurors will soon take up the case and begin deliberations.

If found guilty, Stone faces a statutory maximum of 50 years in prison, but federal sentencing guidelines likely mean he would serve a sentence much lower than that.