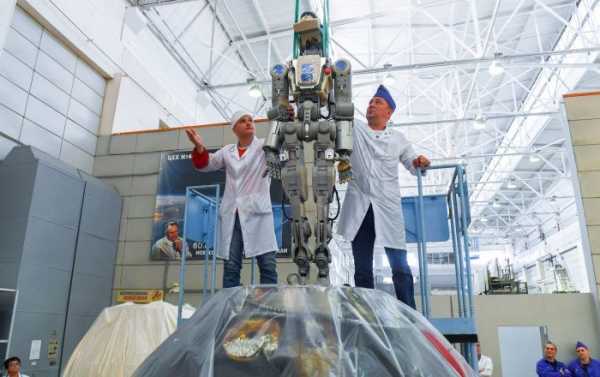 Robots similar to Fedor may eventually be used during missions to the moon, with their lower “limbs” being replaced with wheeled chassis similar to those of lunar rovers.

The Russian-developed humanoid robot known as Skybot F-850 or FEDOR (Final Experimental Demonstration Object Research) may be deployed on an extravehicular activity during its next space mission which could take place a few years from now.

The news was delivered by Yevgeny Dudorov, executive director of the company called Androidnaya Tekhnika which developed the robot, who said that such space deployment might take place in 2022.

As Dudorov explained, Fedor would first be launched into space aboard the Orel (Eagle) spacecraft which won’t dock with the space station during its first flight.

Earlier this year, Fedor was sent on its first space mission, arriving on the International Space Station on 27 August aboard the Soyuz MS-14 spacecraft and returning back to Earth on 7 September via the same vessel.

During its stay aboard the ISS, the robot performed a variety of activities which included simulated repairs of the station’s hull, joining electrical connectors, and working with various tools.

Fedor is capable of operating in so called “avatar mode” i.e. guided by a human operator, and of carrying out pre-programmed tasks.