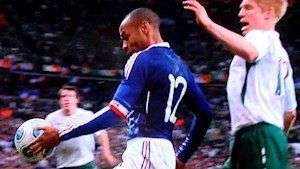 James McClean is hoping to end another difficult November on a high note by helping the Republic of Ireland reach the Euro 2020 finals.

The Stoke winger met up with his international colleagues last weekend having found himself the target of alleged sectarian chants from Barnsley fans during his club’s 4-2 Sky Bet Championship win at Oakwell, an incident which prompted a Football Association investigation.

Derry-born McClean has been subjected to annual abuse over his refusal to wear a Remembrance Day poppy on his shirt during his time in English football despite his well-documented and articulately-presented reasons.

However, as he prepares for Monday night’s final Group D qualifier against the Danes in Dublin, the 30-year-old midfielder insists he is not ready to turn his back on the game on the other side of the Irish Sea.

McClean said: “No, not really. It doesn’t bother me. It probably affects my wife and my ma more, but that’s something I probably don’t take into consideration, how they feel.

“For me, I just get on with it. I think over the years, I’ve developed a kind of thick skin and it’s just water off a duck’s back for me when it happens.”

Instead, McClean’s concentration in the last week has been on ensuring the chance to play at the finals of another major tournament does not elude him after missing out on last summer’s World Cup finals as a result of Denmark’s 5-1 play-off victory at the Aviva Stadium two years ago.

He said: “We had a chance of qualifying for a World Cup, and obviously it didn’t happen, so it hurt.

“We haven’t been to a World Cup since 2002, and I personally have never played at a World Cup, so it was a huge opportunity missed.

“I have been lucky enough to play in two European Championships, so come Monday if we qualify for a third, that will probably be the ghost laid to bed.”

Monday’s game represents the latest instalment in a two-year saga which has seen the sides also play out four “boring”, in McClean’s opinion, draws with the Danes, who have at times been less than complimentary.

Midfielder Thomas Delaney has likened playing against the Republic to “opening a can of baked beans with your bare hands” and described them as the “most annoying” opponent, while Christian Eriksen at one point accused Ireland of being “scared” to attack Denmark.

McClean is nothing if not forthright – indeed, he was involved in a terse exchange with a journalist over coverage he did not like before beginning his interview – and he will be happy if Age Hareide’s men are annoyed once again after their latest encounter with the Irish.

He said: “Hopefully they are more irritated after Monday and are sick of the sight of us and never want to play us again.

“If that’s the case, then we will have done our job.”