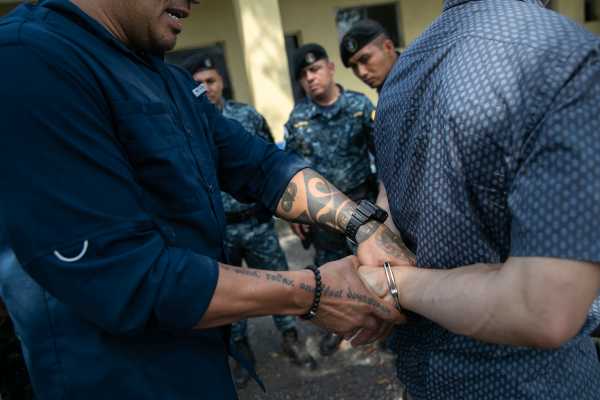 The number of migrants apprehended at the southern border dropped again in October to 36,300, marking the fifth month straight they have declined, according to the Wall Street Journal.

The decline in border apprehensions, which have decreased by about 75 percent since their height of 132,856 in May, and 10 percent in the last month alone, appears to be due to more than typical seasonal fluctuations and suggests that President Donald Trump’s immigration policies are having their intended effect.

While Trump’s first section of new border wall is under construction on the southern border, it has proved to be the least effective of his policies in keeping out migrants, who have recently cut through the new barrier with commercial saws.

Officials have instead credited the decline in border apprehensions to other Trump policies: enlisting some Central American countries in the US’s immigration enforcement efforts and aiming to prevent migrants from making the journey from Central America’s “Northern Triangle” — Guatemala, Honduras, and El Salvador — to the US southern border.

Taken together, those policies have created a series of impediments for migrants seeking asylum.

A former Department of Homeland Security official told Vox that the decrease in apprehensions is a successful sign of the administration’s efforts to thwart migrant smugglers in cooperation with countries in Central America — a priority of outgoing Acting DHS Secretary Kevin McAleenan.

“These regional partnerships and understanding of a shared responsibility has significantly impacted the smuggling networks’ ability to profit off of irregular migration,” the official said.

Acting US Customs and Border Protection Commissioner Mark Morgan also told reporters last month that the decline in border apprehensions can be attributed to the partnerships the US has pursued with Central American countries to stop migrants before they reach the US border.

Under the administration’s “Remain in Mexico” policy, officially known as the Migrant Protection Protocols, the administration has sent about 55,000 migrants back to Mexico while they await a decision on their US asylum applications. Both migrants who wait in line at ports of entry and those who try to cross the border outside ports of entry without authorization can be subject to the policy if an asylum officer finds their claims credible.

The administration also recently brokered agreements with the Northern Triangle countries that aim to facilitate cooperation with US law enforcement, and eventually allow the US to return asylum seekers to those countries. And after Trump threatened to impose tariffs on all Mexican goods in June, the Mexican government deployed a record 15,000 troops to detain over 31,000 migrants that month and almost 19,000 in July.

It’s not clear whether the policies have actually had a deterrent effect in preventing migrants from leaving their home countries, or whether they have simply been prevented from ever reaching the southern border. But the Trump administration is claiming credit for the decline in border apprehensions as a political win either way — Morgan has praised Trump’s policies as “unilateral” and “unprecedented.”

“[T]his administration’s strategies have brought about results — dramatic results,” he said. “While Congress has failed to put forth a single piece of legislation — even being able to introduce it to the floor to address this crisis — we have addressed this crisis.”