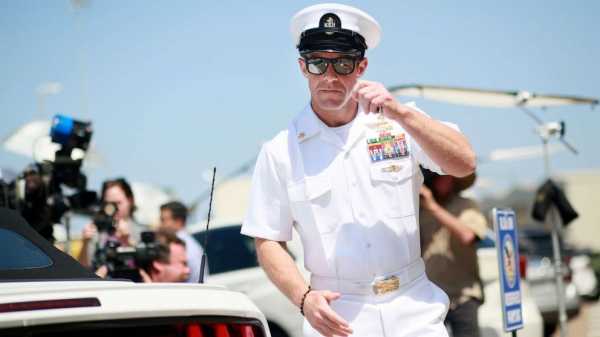 President Donald Trump is on a collision course with the U.S. Navy over whether Special Warfare Chief Eddie Gallagher can keep his status as a Navy SEAL.

On Wednesday, the Navy notified Gallagher that it was going to convene a board review process that will examine whether he should remain a SEAL, possibly taking away his Trident pin which identifies him as a member of the SEAL community, two U.S. officials told ABC News. One of those officials said on Tuesday that the White House was aware of the Navy’s decision to begin that review.

But on Thursday morning, the president tweeted, «The Navy will NOT be taking away Warfighter and Navy Seal Eddie Gallagher’s Trident Pin. This case was handled very badly from the beginning. Get back to business!»

It wasn’t immediately clear on Thursday how the president’s tweet would affect Gallagher’s Trident review board. Navy spokesperson Cmdr. Clayton Doss told ABC News that the service is aware of the tweet but referred questions to the White House. In the past when the president has tweeted an order directed at the military, it has required a formal written document from the White House to affect change.

Gallagher, while acquitted of killing a wounded Islamic State captive earlier this year, was sentenced to four months of time served and a reduction in rank for posing with a corpse during a 2017 deployment to Iraq. But last week, Trump intervened in the SEAL’s case, restoring his rank to E-7. The president also pardoned two other service members accused of or serving sentences for war crimes convictions. 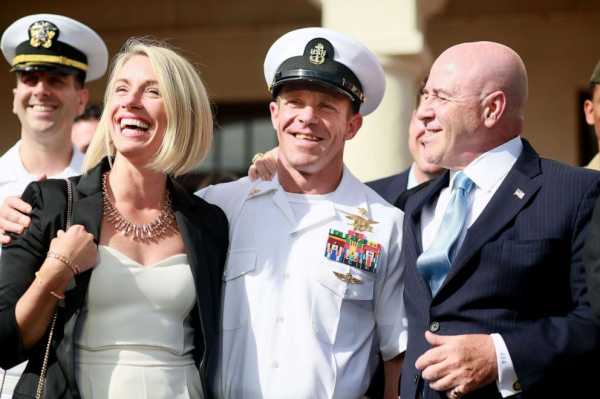 Timothy Parlatore, Gallagher’s attorney, called the Navy’s decision to convene the review board «a direct front to the president.» Parlatore said the review board was set to meet on Dec. 2 and criticized the fact that Gallagher was told he couldn’t bring counsel with him to the closed meeting.

«Chief Gallagher is extremely grateful and hoping that this will finally end the unlawful retaliation against him,» Parlatore said of the president’s tweet.

A spokesperson for Naval Special Warfare Command, Capt. Tamara Lawrence, said on Tuesday that the SEALs implemented Trump’s order to restore Gallagher’s paygrade. However, Trump’s intervention in Gallagher’s case did not exonerate his conviction or expunge it from his service record. Because of that, Gallagher’s conduct could still be reviewed to see if he deserves to remain a SEAL.

The Navy’s separate board review process will determine if Gallagher, along with three SEAL officers who served with him during the Iraq deployment, should maintain their status, the two officials said.

On Wednesday, the four SEALs received a letter signed by SEAL Commander Rear Adm. Collin Green advising them that a board is being convened to review their performance, the officials told ABC News. These boards are convened to review any number of behaviors by SEALs, including medical issues, alcohol or drug abuse and loss of confidence by command.

Green has the ability to pull Gallagher’s Trident without a review board because he is an enlisted SEAL. However, the SEAL commander chose to provide Gallagher with the board process, which is typically reserved for officers. Under the review board, three of Gallagher’s SEAL peers will review a packet of information about his case, as well as Gallagher’s rebuttal statement.

The board will then make a recommendation to Green, who can choose to endorse it before sending it to the Navy’s Personnel Command for action. The process could likely take one month, one official said.

(MORE: ‘We have a problem’: Navy SEAL commander calls for return to order and discipline) «Commander, Naval Special Warfare Command is responsible for the Naval Special Warfare Force,» Lawrence said. «He remains focused on delivering a capable, ready and lethal maritime special operations force in support of national security objectives, which includes assessing the suitability of any member of his force via administrative processes.»

«Chief of Naval Operations, Adm. Mike Gilday, supports his commanders in executing their roles, to include Rear Adm. Green,» Cmdr. Nate Christensen, a spokesperson for Gilday, said in a statement.

The officials said that Green had sought support from officers in his chain of command prior to proceeding with the board process.

Since 2011, 154 SEAL Tridents or Special Warfare Combatant-Craft Crewman pins have been revoked for various reasons.