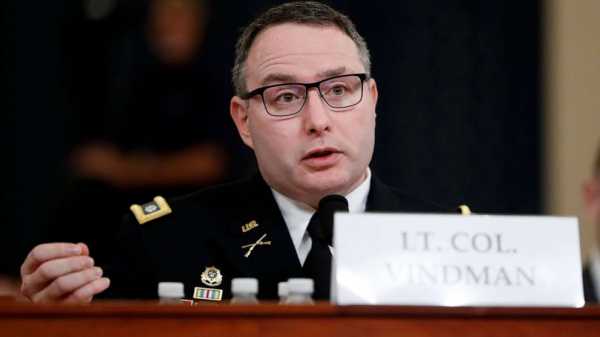 The Ukrainian official that offered U.S. Army Lt. Col. Alexander Vindman the position of defense minister downplayed the offer on Wednesday saying he was «joking,» the day after Vindman was questioned about the offer in his public testimony at the House impeachment hearings.

Oleksander Danyliuk, the former Ukrainian top national security official, has told ABC News that he had been joking when he suggested that Vindman potentially take the job as Ukraine’s defense minister, after Republicans pressed Vindman on the alleged offer.

«It was a joke and it was clear that it was a joke — to everyone,” Danyliuk said by phone Wednesday.

«That was just light talk, I was just overall saying that we need to hire a lot of foreigners to our government,” Danyliuk. “For me, you know it was clear, it wasn’t serious.”

Danilyuk was secretary of Zelensky’s National Security and Defense Council until he stepped down in September. He said he was confused why Vindman had said in his public testimony yesterday that Danyliuk had asked him three times, saying as far as he remembered it had just been a passing comment once.

«I’m a bit confused about this, but in any case I remember just overall that I joked once about this and I was clear that I was joking,” Danyliuk said Wednesday.

At Tuesday’s House impeachment hearing, the Republican counsel questioned Lt. Col. Alexander Vindman about a specific proposition by the Ukrainian government — an offer for Vindman to serve as its defense minister.

Vindman, the National Security Council’s Ukraine expert, said he was asked three times but dismissed the inquiries and added that he found the notion «rather comical.» 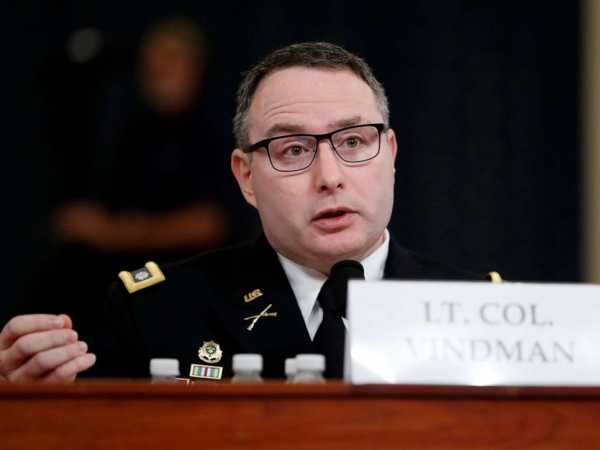 Testifying before lawmakers on the House Intelligence Committee, Vindman said each time Ukraine asked, he dismissed it and when he returned to the U.S. he notified his «chain of command and the appropriate counterintelligence folks.»

«I’m an American,» Vindman told lawmakers. «I came here when I was a toddler and I immediately dismissed these offers. Did not entertain them.»

The counsel pressed further, asking, «When he made this offer to you, initially, did you leave the door open? Was there a reason that he had to come back and ask a second and third time or was he just trying to convince you?»

MORE: What you need to know about the Trump impeachment hearings: A quid pro quo and Trump’s defense

Vindman replied, «Counsel, it’s — you know what? The whole notion is rather comical that I was being asked to consider whether I would want to be the minister of defense.»

«I did not leave the door open at all. But it is pretty funny for a lieutenant colonel in the United States army, which really is not that senior, to be offered that illustrious a position,» he said.

The incident, according to the testimony on Tuesday, took place when Vindman was in Ukraine for Volodymyr Zelenskiy’s inauguration. 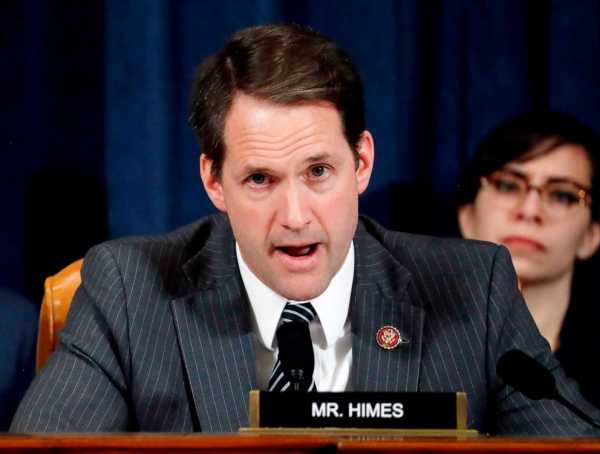 Rep. Jim Himes questions Jennifer Williams and Alexander Vindman as they testify before the House Intelligence Committee on Capitol Hill in Washington,D.C. on Nov. 19, 2019.

Rep. Jim Himes, D-Conn., circled back to the moment at the end of his own round of questions, condemning the counsel’s questions.

«The three minutes that were spent asking you about the offer made to make you the minister of defense, that may have been cloaked in a Brooks Brothers suit and in parliamentary language, that was designed exclusively to give the right-wing media an opening to question your loyalties,» Himes said.

«I want people to understand what that was all about. It’s the kind of attack — it’s the kind of thing you say when you’re defending the indefensible,» he said.

Both individuals were privy to the July 25 phone call between President Donald Trump and Zelenskiy.