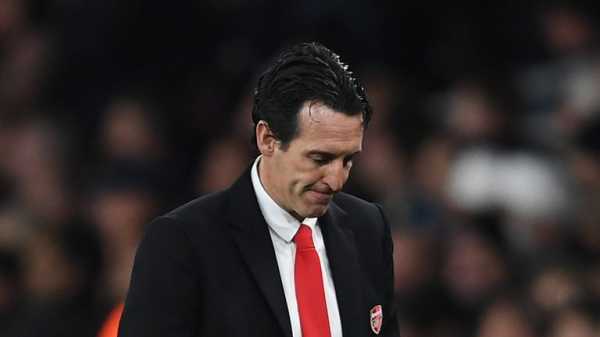 They say the November international break is a dangerous time for an under-fire Premier League manager — but what if results have not improved after a stay of execution?

The Sunday Supplement panel discussed the managerial landscape in the Premier League with several bosses coming under increasing pressure to arrest the slide as the season heads towards the hectic festive schedule. 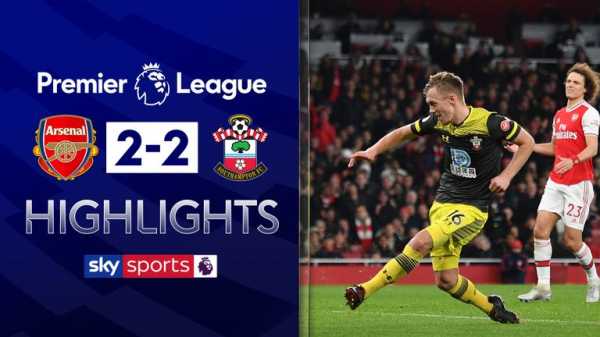 2:59 Highlights from the 2-2 draw between Arsenal and Southampton in the Premier League

Unai Emery watched his Arsenal side rescue a point at home to lowly Southampton on Saturday, but the 2-2 draw has left the Spaniard staring into the abyss.

The Daily Telegraph’s chief sports writer Paul Hayward said: «Things might swing the other way from this technocratic approach where it’s all about data and analysis where the guy turns up with an impressive power point presentation, like Unai Emery presumably did. 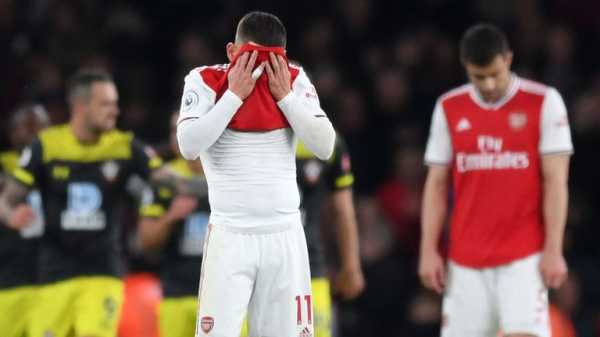 «There’s a fashion for that, finding a great analyst and scientist. Jose Mourinho is like that but has the other side to go with it: the personality, the man management skills and an intuitive sense of what coaching really is. «Sorry, the time for analysing has passed. He has to do something to make this team better.

«You need to have more than data and charts, you need to have what the top managers have which is an instinctive and intuitive way of managing people to get the best out of them.» 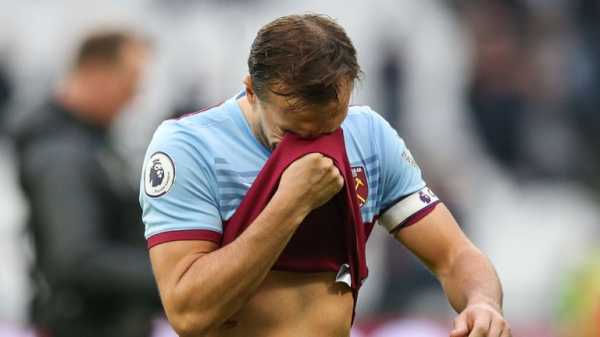 The picture is even more bleak for West Ham. Pellegrini admitted his side are under big pressure following their 3-2 home defeat to Tottenham, and says it is both his and the players’ fault. 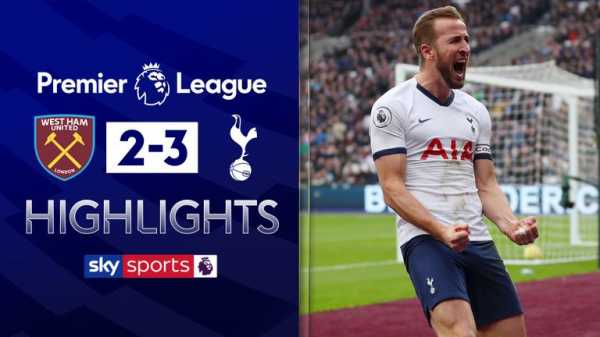 2:44 Highlights from Tottenham’s win at West Ham in the Premier League

The Hammers are winless in their last eight in all competitions, losing six, and are 16th following their latest defeat.

The Daily Mail’s chief sports writer Martin Samuel said: «West Ham’s drop in form is somewhat understandable. They have replaced the best ever goalkeeper I’ve seen at West Ham with the worst I’ve ever seen at West Ham. 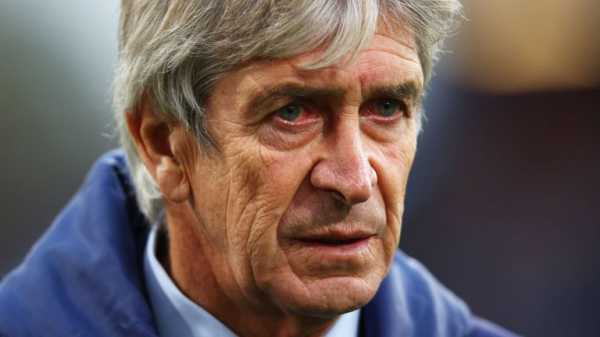 «If you’ve got a goalkeeper that punches the ball into his net, it’s hard to win matches. Roberto is good for one or two goals a game for the opposition. When he came into the team they were one place off the top four, they are now close to the bottom three. All that has changed is the goalkeeper. That’s the bottom line problem.

«Also, the defence has lost its way and Felipe Anderson doesn’t seem interested in physical contact — everything is on Declan Rice and Mark Noble to try and put out fires all over the pitch.

«It’s difficult to analyse as Pellegrini deservedly got the credit he deserved at Manchester City — the first South American manager to win the Premier League, got to a Champions League semi-final. But having said that West Ham got him from China.

«You can make an argument that anyone taking the money from China, you have to wonder where they are in their career. You’re probably not at the stage where you are champing at the bit. China is where you go for the money and that’s where they got him from. There is a sense of drift there. Pellegrini isn’t the sort of guy that can address it.» 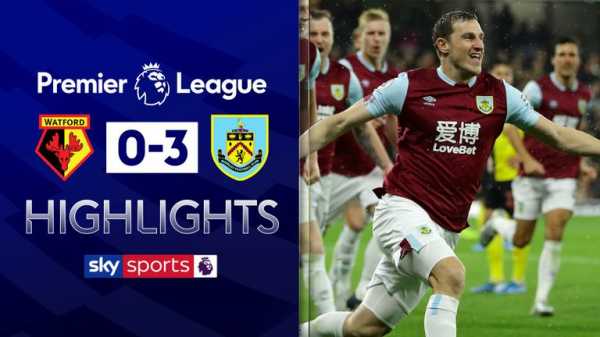 2:56 Highlights from Burnley’s 3-0 win against Watford in the Premier League

But while Emery and Pellegrini are the front-runners to become the next Premier League manager to lose his job, the situation is similarly precarious at Watford and Everton.

When asked for his prediction for the next managerial departure, chief football writer at The People, Steve Bates said: «Quique Sanchez Flores, given Watford’s record of sacking managers — it’s a revolving door there and they don’t hesitate to make a change.

«When you are losing 3-0 at home to Burnley, no disrespect, then alarm bells are ringing. They’ve won just one game all season. That’s not good enough. 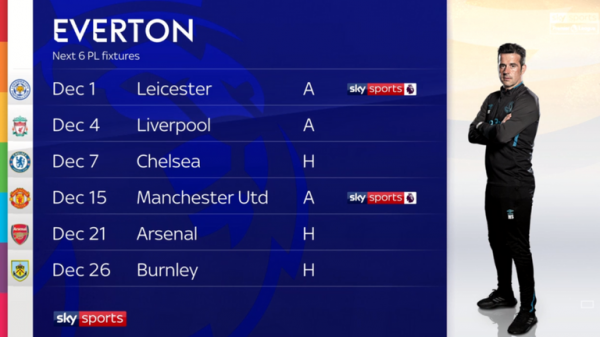 «Marco Silva seems to be on game-by-game pressure. He wins one, it’s off, he loses one, it’s back on. He was meant to be the saviour at Everton after Sam Allardyce, who did a great job but wasn’t the right fit for them going forward.

«They put their hat on him to lead them to the promise land and it’s not worked out. They are not making strides forward. He and Flores are the two under real pressure. 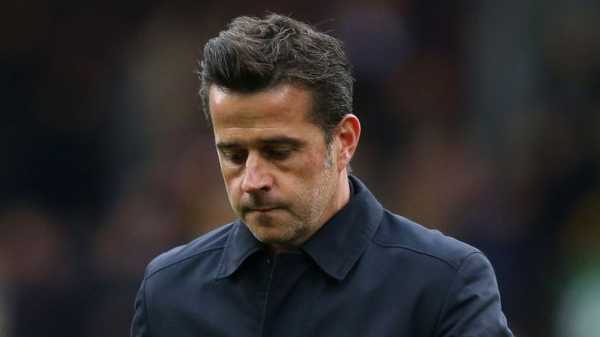 1:19 The Sunday Supplement question whether Marco Silva’s track record was enough to justify his appointment at Everton in the first place

«Things are unravelling for Pellegrini at West Ham and he’s spent a fair bit of money too. There doesn’t seem to be a huge desire for the Arsenal board to sack Unai Emery yet.»

Championship managers left on the outside 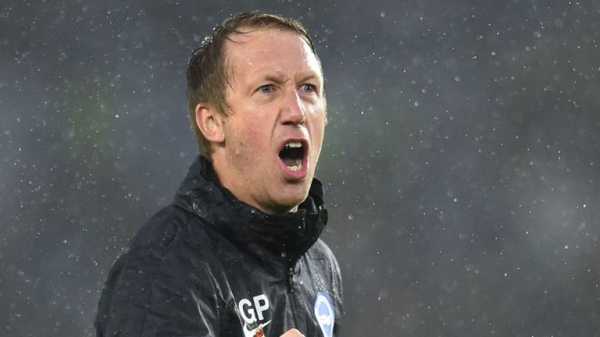 Brighton appointed Graham Potter as Chris Hughton’s successor at the Amex Stadium, but it is becoming an increasingly rare occurrence for top-flight owners to look lower down the footballing pyramid for a new voice.

Samuel added: «Why don’t we appoint from the Championship anymore? The second tier of English football used to be seen as if you impress there, you’d get a job in the first tier.

«That’s how Rafa Benitez worked his way up in Spain. Unless Chris Wilder got Sheffield United into the Premier League, Chris Wilder would have been a Championship manager for the rest of his life.

Hayward added: «When people were discussing the replacements for Mauricio Pochettino at Tottenham, I heard someone say they could appoint ‘an Eddie Howe type’ — poor old Eddie Howe is now a type. Why not just appoint Eddie Howe?

«What does that mean, is he not qualified to get a top job?»