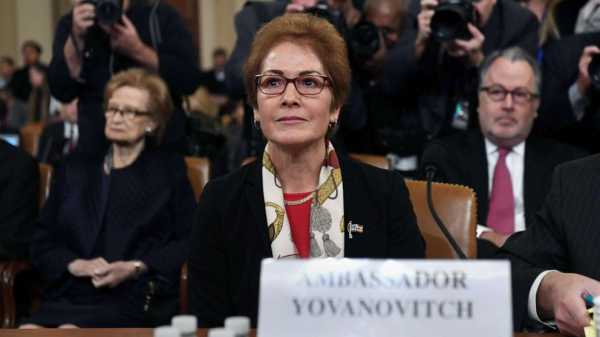 Marie «Masha» Yovanovitch, a longtime career diplomat, was serving as U.S. ambassador to Ukraine last spring when she was abruptly ordered home and told that she had lost the confidence of the president. President Donald Trump in a subsequent phone call to Ukraine’s president called her «bad news» and said «she’s going to go through some things.»

On Friday, she got the chance to tell her side of the story as part of the ongoing House impeachment proceedings. 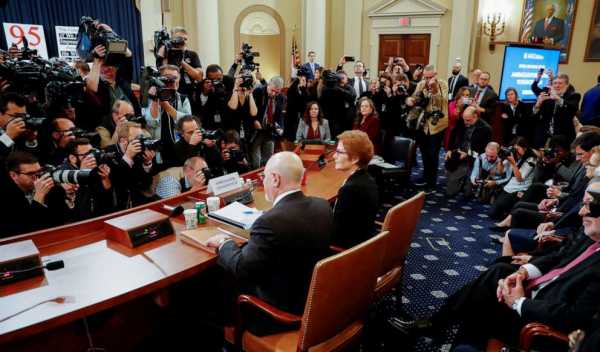 Yovanovitch repeatedly knocked down suggestions by Republicans that Ukrainian politicians were part of a coordinated, state-sponsored effort to undermine Trump.

While true that some prominent politicians in Ukraine had criticized the president, she described those critiques as “isolated incidents” that are common when it comes to public service.

“That does not mean that someone is or a government is undermining either a campaign or interfering in elections,” she said.

Yovanovitch also pointed to U.S. intelligence that found Russian operatives — at the behest of their government — engaged in a far more widespread, invasive and secretive campaign to sway voters in support of Trump.

Russian President Vladimir Putin, could have been trying to «throw off the scent» that Russia was behind election interference and create an «alternative narrative» that Ukraine was to blame, she said.

Yovanovitch added she would not have recommended an investigation into Hunter Biden had she remained Ukraine’s ambassador. She said Hunter Biden’s work with a Ukraine gas company does represent the appearance of a conflict of interest, but didn’t warrant a corruption probe.

“The Obama administration did not ask me to help the Clinton campaign or harm the Trump campaign,” she said. “Nor would I have taken such steps if they had.”

Republicans and Democrats thanked her for her service, as Trump knocked her on Twitter

A long-running theme in the hearing was Yovanovitch’s 33 years in public service. Republicans went to great lengths to acknowledge her work as a career diplomat.

But the hearing was underway for only an hour when Trump lobbed tweets aimed at her, claiming that «everywhere Marie Yovanovitch went turned bad.»

«Would you like to respond to the president’s attack that everywhere you went ‘turned bad’?» California Rep. Adam Schiff, chairman of the House Intelligence Committee, asked Yovanovitch.

«I don’t think I have such powers,» she said, adding that she believes her and her colleagues have made the places she’s been «demonstrably better.» 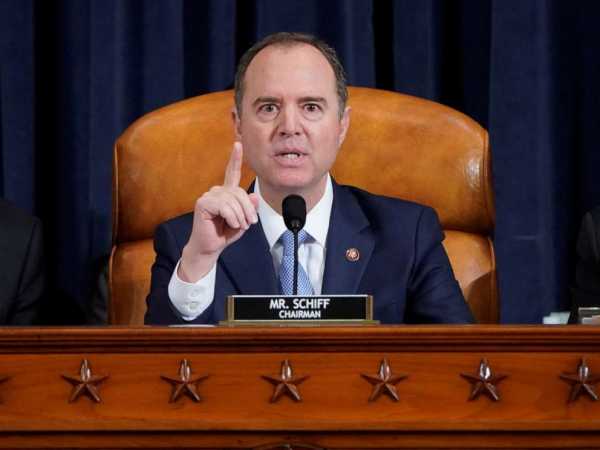 Schiff later told reporters he thought Trump’s tactic was «witness intimidation.» During the hearing, he asked Yovanovitch whether such tweets might discourage others from coming forward with allegations of wrongdoing.

«It’s designed to intimidate, is it not?» Schiff asked.

«I mean, I can’t speak to what the president is trying to do,» she said. «But I think the effect is to be intimidating.»

White House Press Secretary Stephanie Grisham said: “The tweet was not witness intimidation, it was simply the President’s opinion, which he is entitled to.”

No GOP lawmaker though appeared to follow the president’s lead in attacking her personally.

Yovanovitch says she had three contacts with Trump’s personal lawyer, Rudy Giuliani, and remains in the dark as to his motives.

One allegation in the impeachment inquiry is that Giuliani — acting on behalf of the president — sidelined American diplomats and official U.S. policy to pursue the widely debunked theory that corrupt Ukrainian politicians interfered in the 2016 presidential election to help the Democratic candidate, former Sec. of State Hillary Clinton.

Yovanovitch said she only had contact with Trump’s lawyer three times and not involving the allegations at hand.

«I do not understand Mr. Giuliani’s motives for attacking me, not can I offer an opinion on whether he believed the allegations he spread about me,» she said. «Clearly no one at the State Department did.»

Yovanovitch added, «What I can say is that Mr. Giuliani should have known those claims were suspect — coming as they reportedly did from individuals with questionable motives and with reason to believe that their political and financial ambitions would be stymied by our anti-corruption policy in Ukraine.» 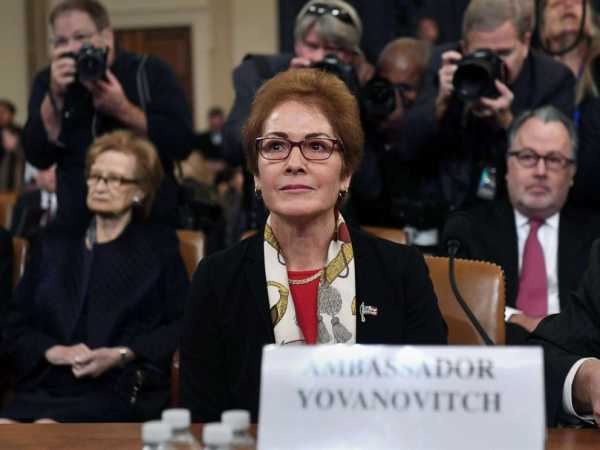 Former U.S. Ambassador to the Ukraine Marie Yovanovitch arrives to testify during the second public hearings as part of the impeachment inquiry into President Donald Trump, on Capitol Hill on Nov. 15, 2019 in Washington D.C.

She described the toll on her personally and professionally

Republicans repeatedly pointed out that it was well within Trump’s right as president to recall Yovanovitch for any reason.

Yovanovitch testified this was indeed the case. But at multiple points in the hearing, she described the difficulty of being essentially fired, without any reason given other than she had lost the confidence of the president. She also wondered why Trump and Giuliani went out of their way to try to discredit her personally.

“In my line of work, perhaps in your line of work as well, all we have is our reputation,” she told lawmakers. “And so this has been a very painful period.”

She later added: “Why it was necessary to smear my reputation falsely?”

In her opening statement, Yovanovitch described her job in patriotic and inspiring terms but laid out the risks involved. She recalled being thrown into dangerous situations without the protection of body armor or weapons. And in Ukraine, she described going to its border with Russia 10 times to wave the American flag to make clear that the U.S. opposed Moscow’s attempt to expand its power.

Most concerning though is that American diplomats are being put in dangerous situations without the full backing of the U.S. government, she maintained. She warned that under Trump the State Department was being «hollowed out from within.”

(MORE: Who is Marie Yovanovitch?

«Sometimes we get people really angry with us,» Yovanovich said of foreign officials. «It’s uncomfortable, and we are doing our jobs … And if they realize that they can just remove us, they’re going to do that.»

When asked if during her 33 years as a foreign service officer if she had ever heard of a president recalling an ambassador without cause and because of allegations the State Department knew to be false, she replied: «No.»