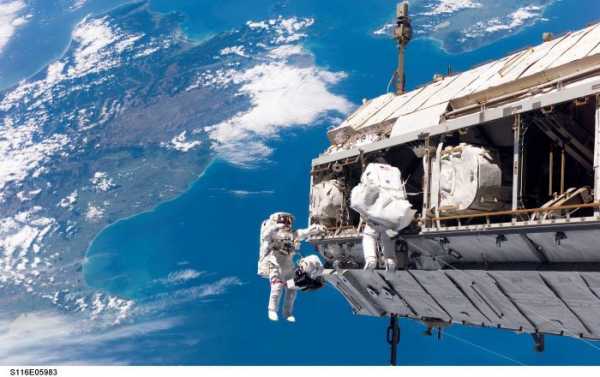 Scientists are still learning the potential effects that extended periods spent in space could have on the human body as mankind hopes to embark on long, ambitious journeys through the cosmos.

A grave new health threat has been identified that could throw a spanner in the works for scientists as they endeavour to make mankind’s long journeys through the cosmos a reality.

A recent NASA study of 11 astronauts who spent time on the International Space Station (ISS) says that six of them had developed stagnant or backwards blood flow in the internal jugular vein (IJV), a major blood vessel running down the neck from the brain within a period of just 50 days.

The astronauts underwent ultrasound assessments to measure their left IJV before launch, at about 50 days into their spaceflight, 150 days into spaceflight and again approximately 40 days after returning to Earth.

According to research published in the JAMA Network Open, one crew member developed thrombosis, or blockage in the internal jugular vein — the first time that this has been recorded as a result of spaceflight.

Medical experts used readings and images gathered on board the ISS to identify the potential issue with the IJV, while the astronaut who developed an occlusive thrombus was treated with anticoagulants for the remainder of the mission.

It’s not yet clear just what the consequences of this kind of thrombosis might be, but the implications could be severe and perhaps even fatal, believe experts.

The identities of the astronauts involved in the study have not been revealed due to privacy issues. 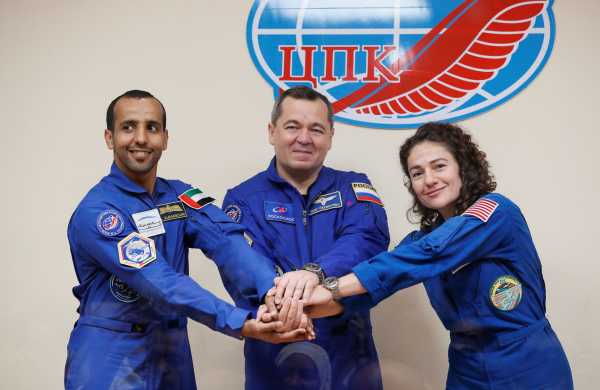 Crew members Jessica Meir of the U.S., Oleg Skripochka of Russia and Hazzaa Ali Almansoori of United Arab Emirates pose for a picture behind a glass wall during a final news conference ahead of their mission to the International Space Station (ISS) in Baikonur, Kazakhstan September 24, 2019

According to the team behind the new findings, this issue needs to be investigated before astronauts can be sent on long space trips, such as a Mars mission.

Michael Stenger, manager of the Cardiovascular and Vision Laboratory at NASA’s Johnson Space Center in Houston, and the study’s senior author, said:

While on Earth gravity takes care of pulling blood down from the head to the rest of the body, up in the microgravity environment of the ISS, it’s a different story.

More research is needed to work out how much of a problem this actually is, and how it could be mitigated in future spaceflights. 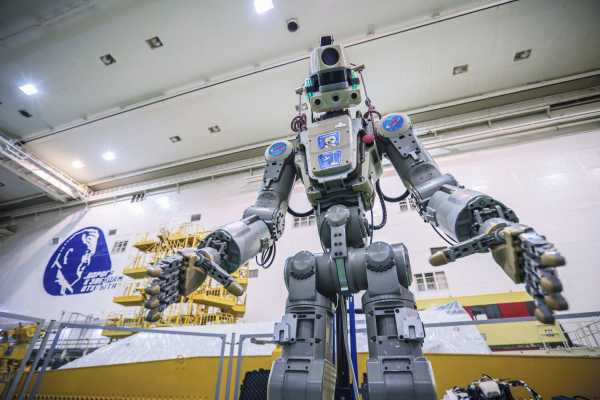 The high number of astronauts who developed some kind of blood flow issue is worrying, conceded the experts, who have already know that time in space can reduce bone density, change the make-up of gut bacteria, and put a squeeze on the human brain. 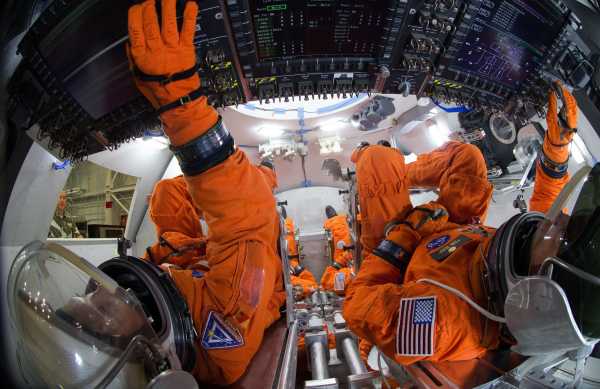 Spacesuit engineers demonstrate how four crew members would be arranged for launch inside the Orion spacecraft, using a mockup of the vehicle at Johnson Space Center. Astronauts will board Orion for a first crewed flight in 2021, and NASA hopes send humans to Mars in Orion in the 2030s