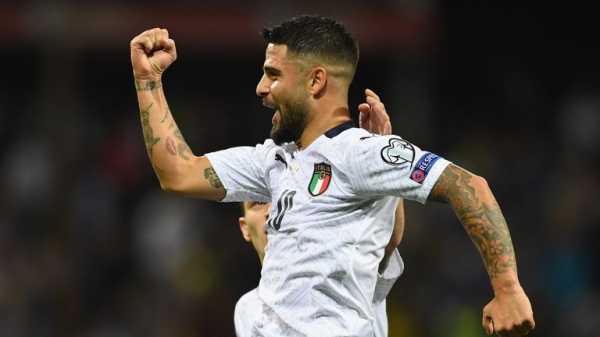 3:57 Highlights from Group J of the UEFA European Qualifying match between Bosnia & Herzegovina and Italy.

Elsewhere in Group J, goals from Francesco Acerbi, Lorenzo Insigne and Andrea Belotti saw Italy extend their perfect record in Euro 2020 qualifying to nine games after a 3-0 victory in Bosnia and Herzegovina.

With Finland’s success reducing the game to a dead rubber, it was played at walking pace for long spells but the gulf in class was apparent as defender Acerbi fired the visitors ahead with a fine individual effort midway through the first half.

Insigne doubled Italy’s lead with a bouncing shot on the turn eight minutes before the break, while goalkeeper Gianluigi Donnarumma denied Bosnia’s Ermin Bicakcic and Adnan Kovacevic with a pair of excellent saves at the other end.

Disgruntled home fans treated Belotti to a standing ovation after the striker made it 3-0 with a spectacular strike eight minutes after the restart, as he took a through ball in his stride and beat Ibrahim Sehic with a thunderbolt from 18 yards. 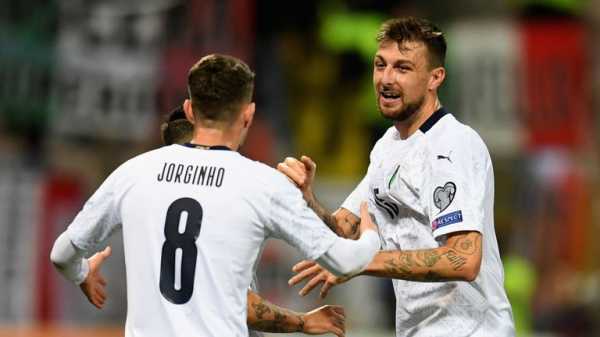 Bosnia dropped to fifth on 10 points and although Finland’s victory dashed any slim hopes they had of finishing in the top two, the Balkan country can still progress to next year’s tournament via the Nations League playoffs in March. 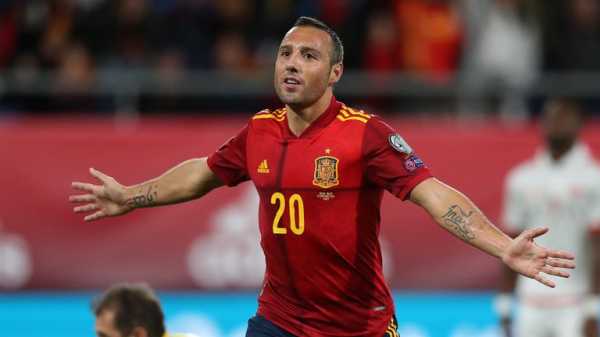 Former Arsenal midfielder Cazorla, who overcame an ankle injury that could have ended his career, scored his side’s second goal in Cadiz. It was the 34-year-old’s first strike for his country since scoring in a friendly against England on November 13, 2015.

Three-time European champions Spain had already clinched qualification for the summer’s finals but had drawn their last two games against Norway and Sweden.

But there were to be no slip-ups against Malta as Alvaro Morata joined Cazorla on the scoresheet in the first half before Pau Francisco Torres, Pablo Sarabia, Dani Olmo and Gerard Moreno all scored in a nine-minute second-half onslaught and Jesus Navas added a late seventh. 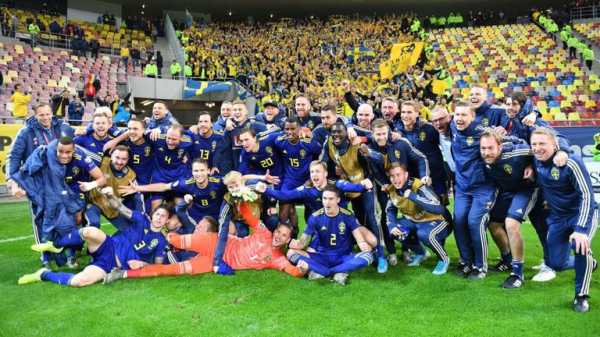 Sweden prevailed in their straight shootout with Romania to qualify for Euro 2020 with a 2-0 victory in Bucharest.

First-half goals from Marcus Berg and Robin Quaison secured the Swedes’ position as runners-up in Group F behind Spain, while Romania’s hopes of reaching next summer’s finals now rest in the play-offs. 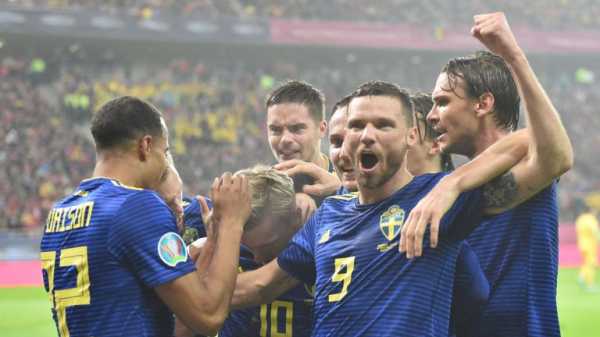 Norway had kept their slim hopes of automatic qualification for Euro 2020 alive with a 4-0 victory over the Faroe Islands in Group F, but Sweden’s victory in Romania ended their challenge.

Tore Reginiussen and Iver Fossum both scored in the opening eight minutes to put the home side in the driving seat and striker Alexander Sorloth added a quick-fire brace midway through the second half to secure the victory.

Norway needed Romania and Sweden to draw to have any chance of qualifying directly, but Sweden’s victory means their qualification hopes rest in next March’s Nations League play-offs. 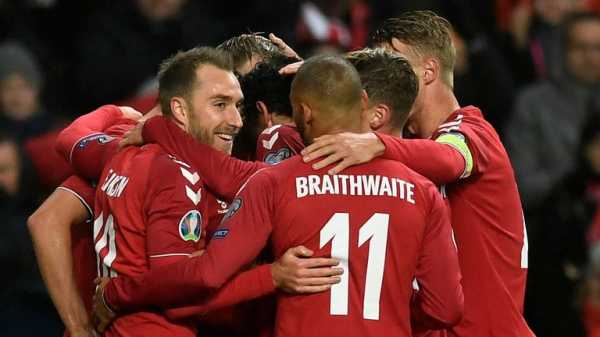 Republic of Ireland were knocked from first place to third in Euro 2020 qualifying group D as Denmark and Switzerland moved into the top two spots.

Denmark brushed aside Gibraltar 6-0 to assume first place on 15 points, three points ahead of the Republic who now face a straight shoot-out with the Danes for automatic qualification when they meet in Dublin on Monday, live on Sky Sports. 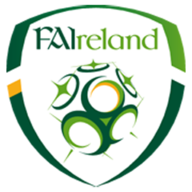 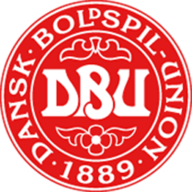 Denmark warmed up for that match with a comprehensive win over Gibraltar, Robert Skov and Christian Eriksen both scoring twice to go with goals from Christian Gytkjaer and Martin Braithwaite.

Swiss one win away from Euros 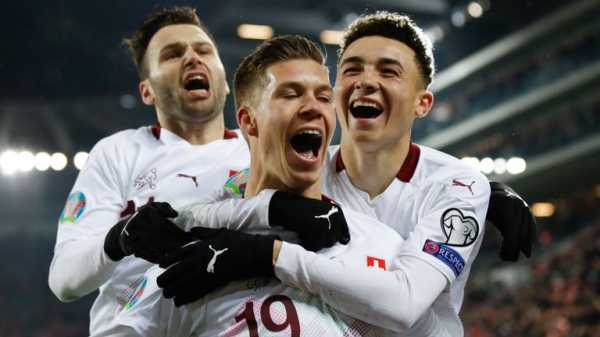 Substitute Cedric Itten scored six minutes into his Switzerland debut to give them a 1-0 win over Georgia that leaves them with one foot in Euro 2020.

The 22-year-old, who plays for local side St Gallen, headed in a Denis Zakaria cross in from of his home crowd with 13 minutes remaining as the Swiss overcame a stubborn Georgian outfit.

It means Switzerland will qualify for Euro 2020 with a victory at the bottom side in Group D, Gibraltar, in their final qualifier on Monday. Georgia, who cannot qualify through the group, are guaranteed a place in the Nations League play-offs which offer four more places at next summer’s finals.