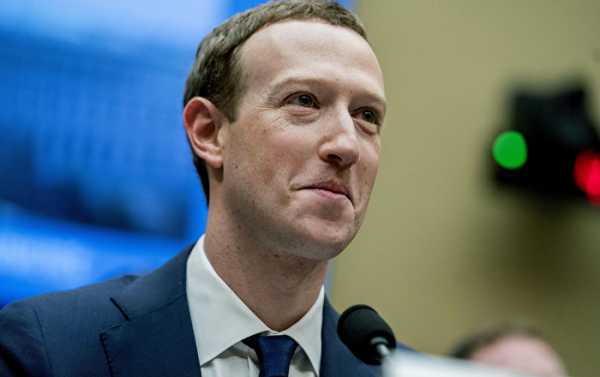 Facebook and its subsidiary platform Instagram are facing huge competition from China’s TikTok, even leading Instagram to launch a clone version of the Chinese app in Brazil called Reel – and it seems that Zuckerberg doesn’t intend to stop there.

Facebook CEO Mark Zuckerberg reportedly has a secret account on the TikTok app where users create and share short videos, most of them music-related, BuzzFeed reported. The company discovered what seems to be Zuckerberg’s personal account on the platform. Although the account is not verified, it links to Zuckerberg’s Instagram and it has the same handle – @finckd – as his Twitter account. There are no posts and a small number of followers compared to the entrepreneur’s other accounts on social media. He follows 61 people, including TikTok celebrities such as Loren Gray, basketball legend Shaquille O’Neal, and famous musicians like Bruno Mars, Gwen Stefani, and others.

Facebook and its other services are facing competition from Chinese TikTok, as the California-based company’s user base has declined by 15 million since 2017. The social media giant tried to challenge TikTok by releasing in 2018 its clone version of the app called Lasso, something it did with Snapchat when it introduced the Stories feature on Instagram. However, Lasso failed, with only 70,000 people downloading the app in the US since its launch, compared with almost 40 million downloads for TikTok. The Chinese app, which was launched in 2016, has been downloaded more than a billion times and was the most downloaded application on iOS in 2018.

According to BuzzFeed, in 2016 Facebook held negotiations with a Chinese company on the acquisition of Musical.ly, an app that works similarly to TikTok and was very popular among teens in the US, Canada, the UK, and Germany. BuzzFeed cited sources familiar with the talks that said the negotiations were “serious”; however, the sides failed to reach a compromise. Bloomberg reported that Facebook “walked away out of concern about the app’s young user base and Chinese ownership”. Musical.ly was then acquired by Chinese conglomerate Bytedance for 800 million dollars. The company then merged it with its app Douyin in what would later become TikTok.

The app has proved to be a great success, but as its popularity has grown, so has its problems. In April, the Indian government temporarily banned downloading the app over concerns that it was being used to spread child pornography and was leading to cultural degradation. TikTok was banned in Indonesia and Bangladesh, while the United States fined Bytedance 4.3 million dollars for collecting data on underage users.

In October, US senators on both sides of the aisle warned that TikTok may pose a threat to national security, saying that it could become a target for foreign influence campaigns. Democrat Chuck Schumer and Republican Tom Cotton asked the country’s intelligence agencies to assess the risk that the Chinese app may pose to the United States. TikTok was also accused of allegedly censoring content that could upset the Chinese government, a claim Bytedance denies.
Mark Zuckerberg also raised alarm over TikTok, criticising the app for censoring messages about the protests in Hong Kong.

A TikTok spokesperson said that “the more Mark Zuckerberg has come under scrutiny, the more TikTok has shown up in his speeches, interviews and op-eds”, referring to antitrust investigations against Facebook.

BuzzFeed cited a former high ranking employee, who wished to remain anonymous, as saying: «Facebook is so p*ssed that TikTok is the one thing they can’t beat that they’ve turned to geopolitical arguments and lawmakers in Washington to fight their fight».