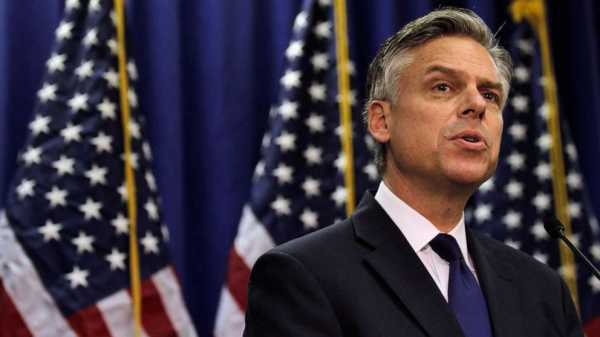 Jon Huntsman Jr., a former top U.S. diplomat in Russia under the Trump administration, announced he’s running again for the Republican nomination to be the governor of Utah, a position he previously held from 2005 until 2009.

«Utah must stay ahead of the curve, ahead of the dysfunction in Washington to protect our state’s rights and our way of life, and we must lead,» Huntsman announced In his campaign’s announcement video. «I believe that the most important thing we can do as people in the greatest state in America is to secure the future, and secure opportunities, life liberty and happiness for the next generation of Utahans.»

He added that the most pressing issue of «today and tomorrow and the foreseeable future» is growth. But while Utah is a «hot state» that people want to live in, Huntsman said the state isn’t just up against its neighboring states, but the entire world. 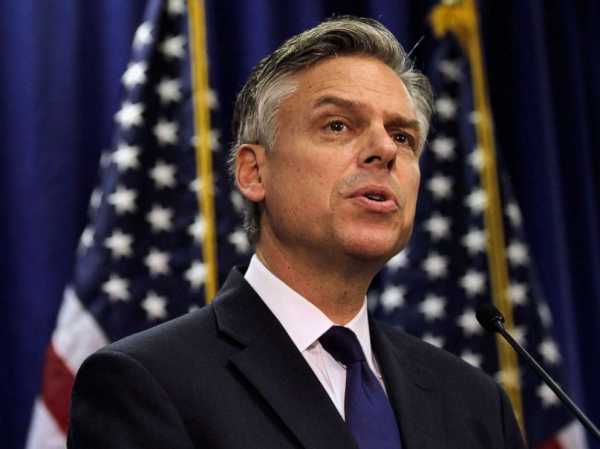 «We’re not always competing against Nevada and Arizona and Idaho and Colorado — we’re competing against nation states. It’s a global market place,» he said. «You can’t just wish globalization away. It’s here and we’re either prepared to step up and deal with it and to win or we’re going to fall behind and others are going to take our place. And that’s just unacceptable.»

After his announcement on Thursday, Huntsman spoke at an event with students at Southern Utah University, saying he’s «not a politician» — or a good one at that — but rather «a public servant, which is different.»

A moderate Republican, he was first elected governor of Utah in 2004 and reelected in 2008. However, shortly after starting his second term, in May 2009, Obama named Huntsman, who campaigned for his 2008 opponent, the late Arizona Sen. John McCain, the U.S. ambassador to China. At the time of his departure, Huntsman was still very popular in the state, having handily won his re-election by a margin of 58 percentage points.

He served as the top U.S. diplomat in China until he left his post in 2011 to pursue a run for the 2012 Republican presidential nomination. He withdrew from that race after the South Carolina primary and ultimately endorsed the eventual nominee and current Utah Sen. Mitt Romney.

In March 2017, Huntsman accepted Trump’s nomination to be Russian ambassador. He served in Moscow until October.

Huntsman’s letter of resignation was obtained by ABC News in early August, and his resignation from the Trump administration was effective Oct. 3. At the time, the Salt Lake Tribune reported that he was considering another run for governor. 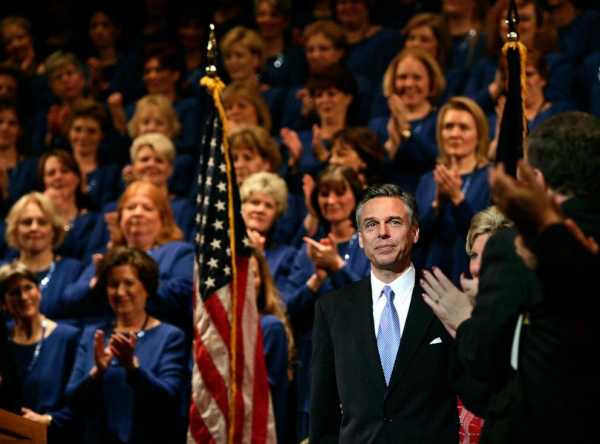 A Jan. 3, 2005, file photo shows Jon Huntsman Jr. being applauded after being sworn in as Utah’s new governor during the ceremony in Salt Lake City.

During his tenure in the Trump administration, Huntsman carefully navigated working for a president who sought to improve relations with Russia and its president, Vladimir Putin. At the same time, he helped pushed back against aggression from the U.S. adversary that interfered in the 2016 election in a «sweeping and systematic fashion,» as special counsel Robert Mueller described it in his report on the country’s 2016 election activities.

Huntsman resigned from the administration in August.

«Going forward, we must continue to hold Russia accountable when its behavior threatens us and our allies,» Huntsman said in his resignation letter.

«They’ve done it before the 2016 election and in my estimation, they’ll do it again because they have the capability [and] the wherewithal to do it,» said Huntsman, the father of Abby Huntsman, a co-host of ABC’s The View. «We have to be smart in this state and every other state about the means and more importantly, about what we can do in response, and I’m not sure we’re yet totally prepared for that.

Four others have already declared their candidacies for Utah’s Republican nomination, including current Lt. Gov. Spencer Cox, and more are considering getting into the race.

Following Huntsman’s announcement this morning, Cox sent out a press release with a list of 125 Utah mayors who have already endorsed his run.