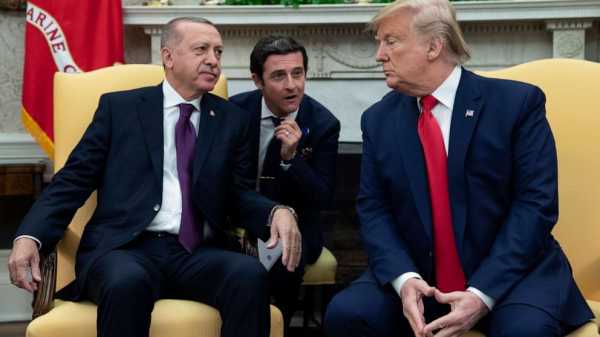 During a meeting in the Oval Office on Wednesday, Turkish President Recep Tayyip Erdogan pulled out an iPad to show a group of five Republican senators and President Trump an anti-Kurd video, according to several of the senators who complained about Erdogan’s tactic on Thursday.

The video, which was first reported by Axios, depicted members of the U.S.-backed People’s Protection Units and the Kurdistan Workers’ Party, which the State Department has designated as a terrorist group.

“I had never been in a foreign policy meeting where a head of state pulls out an iPad and has a video that was clearly professionally produced and was focused on the security and terror challenges they face,” GOP Sen. Ted Cruz of Texas told ABC News on Thursday.

“Turkey faces real challenges from terrorism and they’re right to be focused on that,” Cruz said. “What is wrong is to use that terrorism as an excuse to go after the Kurds more broadly.” 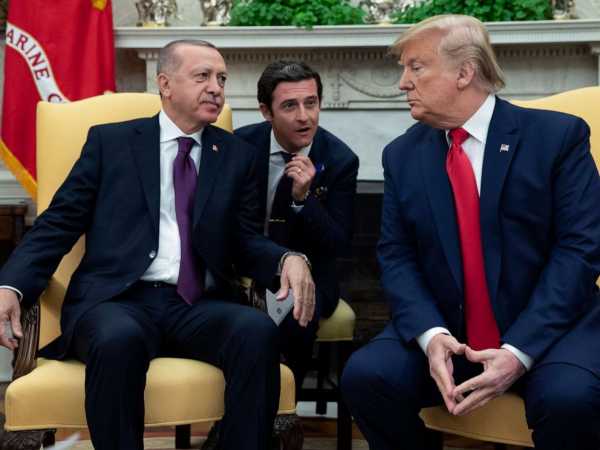 Cruz was joined by Republican senators Joni Ernst of Iowa, Rick Scott of Florida, Lindsey Graham of South Carolina, and Jim Risch of Idaho in the meeting, which the senators described as “a vigorous” and “candid” conversation.

“I’m not here to retry the past,” Graham said. “I acknowledge you got a legitimate national security concern about armed elements on your border.”

“But do you want me to get the Kurds to play a video about what your forces have done?” he said.

Graham described himself as being “very firm” throughout the meeting.

“We can acknowledge the legitimate national security concerns of Turkey. But you will not do it by a military invasion by Turkey of Syria. That’s not a safe zone. That’s a formula for disaster. It is up to Turkey now,” Graham said.

Meanwhile, Risch, who chairs the Senate Foreign Relations Committee, wasn’t as forceful in his language about the video shown by Erdogan.

“Propaganda is maybe strong a word that we wouldn’t use diplomatically,” Risch said Thursday.

All of the senators invited to the meeting have also been vocal critics of Turkey’s decision to purchase the Russian S-400 air defense missile system. The administration has said Turkey cannot participate in the U.S. F-35 fighter jet program if it continues to deploy the S-400, which Pentagon officials have said is a threat to NATO systems because it is Russian made.

Sanctions on the Turkey purchase are still pending.

“I said, ‘Listen, the sentiment in Congress is that the S-400 and the F-35 cannot operate together and we will not allow them to operate together. That sentiment is virtually unanimous,’” Cruz said of his conversation with Erdogan.

“I can tell you that after the discussion we had yesterday, he has a very, very clear picture that they cannot have both,” Risch said.

“I can tell you that I think it was very therapeutic to have him come over here and talk with us directly,” Risch said, adding that the discussion was “spirited.” He described Erdogan as a “somber” and “very tough” individual.

Trump, described as being a neutral observer in the meeting, had gathered this particular group of Republican senators for their ability to convey their concerns to Erdogan.

“I think this is an issue that was so important that he wanted us to be right up in front line and deliver the message that we had,” Risch said.