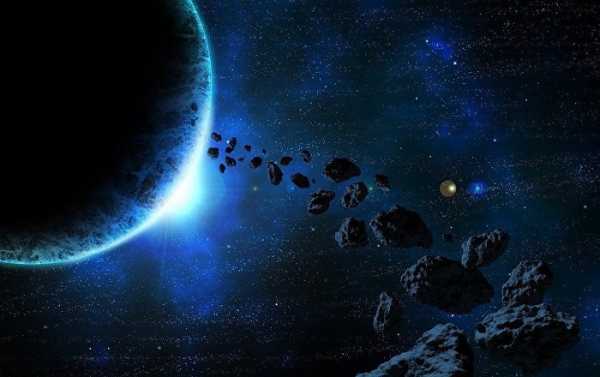 According to the Center for NEO Studies, as of September 2019 there are over 20,600 near-Earth objects, of which roughly 922 near-Earth asteroids have been listed on the risk table, with about 95 per cent far too small to qualify as a potentially hazardous object.

A giant asteroid measuring up to 2,034 feet in diameter is speeding past Earth today, 20 November, packing a speed of around 17,800 miles per hour.

The space rock—dubbed 481394 (2006 SF6)—was on schedule to make its close approach at 7:01 p.m. EDT, within around 2.7 million miles of our planet, or about 11 times the Earth-Moon distance, according to NASA’s Center for Near Earth Object Studies (CNEOS.)

The zooming space rock was first discovered on 17 September 2006 by the Catalina Sky Survey.

The astronomical project, managed by scientists at the Steward Observatory near Tucson, Arizona, was designed to look for asteroids and comets.

The space rock’s last close approach to Earth took place in February this year, while it will next zoom past us in November 2020.

Paul Chodas, manager of the CNEOS at NASA’s Jet Propulsion Laboratory, was quick to allay any fears regarding the likelihood of the cosmic visitor’s impact with our planet.

Asteroid 481394 (2006 SF6) is considered to be a near-Earth object (NEO), as its path around the sun takes it within 121 million miles of the star and 30 million miles of our planet’s orbit, and has no chance of striking the Earth in the next two centuries or so.

If an asteroid the size of 2006 SF6 were ever to impact the Earth the result would be “continental-scale devastation,” claims the scientist, while it would stop short of reaching a “global catastrophe/mass extinction level.”

Observations have determined about roughly 25,000 NEOs larger than 460 feet in diameter, with Chodas noting that about 35 per cent of the total figure are currently known to scientists.

NASA keeps a watchful eye on speedy space rocks to evaluate their potential for impact, relying on observations provided by the Center for NEO Studies (CNEOS).

Sentry monitors the most current asteroid catalogue for possibilities of future impact with Earth over the next 100+ years.

Whenever a potential impact is detected it will be analysed and the results immediately published by the Near Earth Object Program.