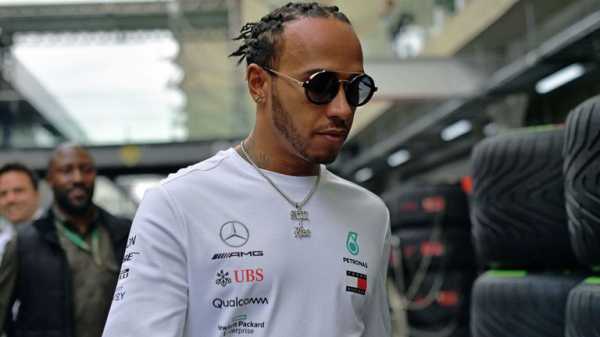 Lewis Hamilton hopes the basis of a new contract at Mercedes can be agreed «soon» — but says they have no need to rush things along — as F1’s new six-time world champion reiterated his desire to continue racing in the sport beyond 2020.

Hamilton is approaching the mid-point of the two-year extension he signed last year, which ties him to Mercedes until the end of next season.

While speculation routinely abounds about Ferrari, Hamilton has consistently expressed his loyalty to Mercedes, having been associated with the German manufacturer — first at McLaren and now at their own works team — since he was a teenager.

«I have obviously considered the next couple of years and naturally I know that I want to continue racing. I love what I’m doing and I see no reason for me to stop anytime soon,» said Hamilton, who clinched his latest title in Mexico a fortnight ago.

«But in terms of the ‘future future’, no, I have not planned absolutely everything. Continuing to work on that. Your ideas shift each year, opinions slightly shift each year.

«It’s crazy when you’re in a contract: it’s almost like ‘I only just did this contract and I’ve already got to start talking about potentially the next one’, which is frustrating because it’s another stressful moment where you have to get into the room and kind of get into the ring and have a friendly yet intense conversation about terms and all these kind of things. But I’m used to it and like to think I’m a relatively good negotiator!» 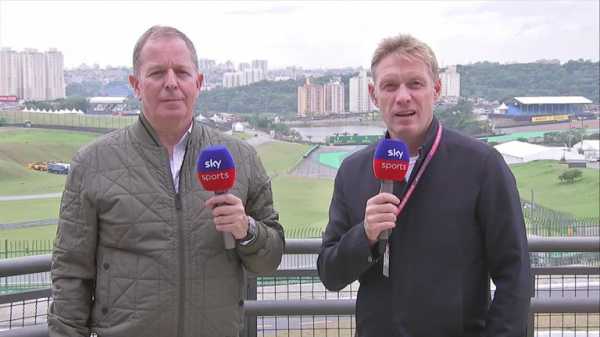 3:09 Simon Lazenby and Martin Brundle look ahead to the Brazilian GP from Interlagos

Hamilton added: «It won’t be really stressful to be honest, but it’s daunting when you think of it coming up because also you’re committing to a period of time of your life and it’s sometimes hard to imagine that far ahead.

«Of course, it’s nice to be wanted so hopefully soon we’ll get that sorted.»

Hamilton’s two previous contract renewals with Mercedes, signed in 2015 and 2018 respectively, were considered a formality even though they were not formally agreed and announced until midway through the final year of his old deals.

«As soon as we decide we’re going to continue on together, we’re kind of joined at the hip, so all that kind of small detail can take its time. There’s no real stress, our word is our bond and has been all these years,» said Hamilton, appearing in a relaxed mood ahead of this weekend’s Brazilian GP.

«Mercedes since I was 13 have always stood by their word and vice versa. So it’s not really that bad but you need to set some time aside to think about ‘okay, where are we, what’s the next goal and what are we planning?’, because ultimately it rolls over for the future and the following years. That in itself can be time consuming.»

How key is Wolff to Hamilton’s future?
One of the pillars of Mercedes’ record-breaking success has been the Brackley team’s continuity under team principal Toto Wolff, who joined the team in the same month as Hamilton in January 2013.

The Austrian’s eventual future beyond Mercedes has also been the subject of speculation and Hamilton said he will be keen to hear how Wolff sees the next phase of his own career developing.

«I always want people to constantly spread their wings and do what’s best for their careers, I don’t know what that is for him, only he will know,» said Hamilton. «But I also know that, as a figurehead for a business, you’ve got to have the right people and he is and has been the right person, and it has been the perfect match. 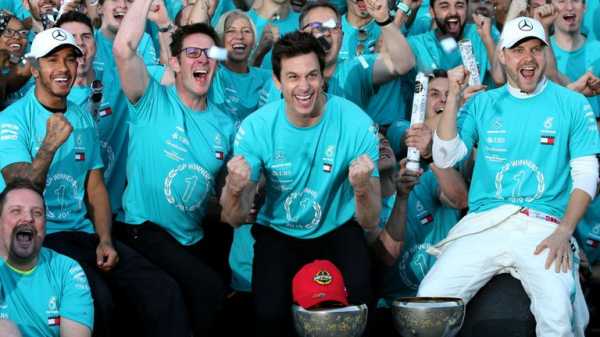 «So naturally I don’t want him to leave, particularly if I’m staying in the sport, but again ultimately that’s going to be his choice.

«If you look at some places what has been built will continue for a period of time but then a new person that comes in will start doing things their own way and, more often than not, it could go the wrong way. But, again, this team is not one person — it’s a huge group of people and they are not going to be leaving in general, so they’ll still be able to do the job they do.

«That is important for me so I’m waiting also to see where he is, where his head is at.»