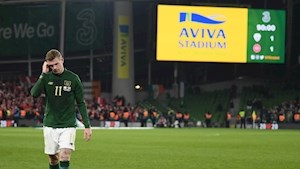 Luis Enrique is to return as Spain manager after an eight-month absence.

Enrique took charge of La Roja for the first time in July last year, but stepped aside for personal reasons in March before resigning in June to take care of nine-year-old daughter Xanita, who died of bone cancer at the end of August.

Spanish Football Federation (RFEF) president Luis Rubiales insisted at the time that “the doors of the federation and the national team will remain open to him”.

At a press conference on Tuesday, Rubiales said: “Today we can confirm that Luis Enrique will return to his position.”

While always politely insisting he would stand down should Enrique choose to return, it was reported that Moreno was unhappy at the way his departure had been handled, refusing to speak to the media after the game.

Rubiales, however, claims it was Moreno’s decision not to take a step back and again work as assistant.

“Robert Moreno told us he didn’t want to go on as soon as he found out we were evaluating Enrique’s return,” Rubiales added.

“We are very happy with Robert’s work, but the leader of this project is Luis Enrique. We’ve always said it.

“So on Monday we received a message from Robert telling us he wanted to agree to his departure. We would have liked to have done it differently, but it wasn’t our fault.”

Although the Spain players are naturally aware of Enrique’s methods from his previous time at the helm, his return marks the fifth different managerial spell in the past 17 months.

Enrique, who won eight of 10 matches during his initial tenure, suffering Nations League defeats to England and Croatia, is now tasked with guiding Spain into next summer’s European Championship finals, and onwards to Qatar.

“I’ve spoken to the captains and some players and explained everything to them. We have kept our promise.”

Rubiales said it was in Enrique’s hands as to who he would prefer as his assistant.

The favourite is former Celta Vigo and Girona boss Juan Carlos Unzue, who was sacked from the latter post four weeks ago after just 12 matches – a spell which included six defeats.