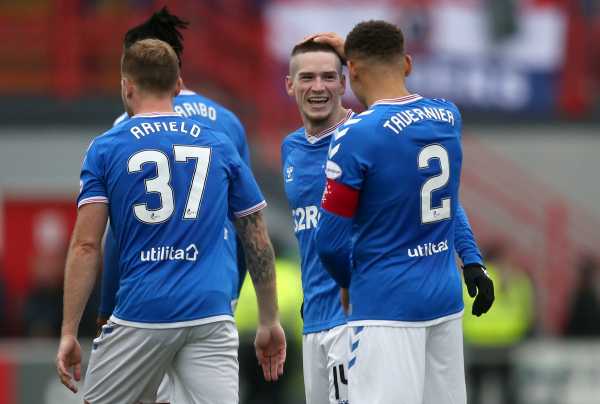 The video assistant referee (VAR) system has been heavily criticised since it was implemented in the Premier League this season, but referees’ chief Mike Riley insists it is one of the most exciting things that will happen in football during his lifetime.

This month, representatives of the 20 top-flight clubs gathered for a shareholders’ meeting with Riley in attendance and he has also met and spoken with managers in the division.

Discussions during both gatherings centred on lengthy delays, a lack of clarity over precisely what is being looked at and the use of pitchside monitors.The VAR screen shows a ‘No Penalty’ decision at Anfield (Peter Byrne/PA)

Riley, the managing director of referees’ body Professional Game Match Officials Limited, was consistent in his message that the PGMOL and Premier League were committed to improving the consistency of decisions, speeding up processes and increasing communication to fans.

“If you have the opportunity to work in something that has the potential to benefit the game to such an extent, it’s a great thing to be part of,” Riley said on Wednesday during a media briefing at Stockley Park.

“Go back three years, when we started doing the live trial game, and the view of not just myself but all the people involved is we are involved in one of the most exciting things that will happen in football in our lifetime.

“And actually the way you come out with a really good thing that benefits Premier League football throughout, is in that process you engage with everyone.”

Former professional referee Riley again reiterated that VAR can improve, adding: “We still have a long way to go.

“We can get better consistency in decision-making from VAR, we can improve the timing so we have minimum interference and if we achieve those – which we will over time – then what we will end up with is better quality decision-making, better than over 90 per cent, and actually in a way that minimises the impact on the game.”

A big criticism of the increased use of technology is the time it takes to review incidents, but the referees’ chief pointed out the key sticking point is when more than one offside incident has to be reviewed.

Riley is sure in years to come technology in football will be viewed like it is in cricket and rugby union.

He added: “Quite a lot of conversations post-Rugby World Cup were about how well the technology worked, but we have to recognise rugby union has been doing it for nine years.

“We are going through that learning curve now and we will go through it faster and more efficiently based on what we’ve learned from other people, but it is one we have to go through.”Match referee Michael Oliver waits for the VAR decision after Chelsea’s Callum Hudson-Odoi goes down in the penalty area in Burnley (Anthony Devlin/PA)

A challenging system for managers has been mentioned, but Riley pointed out that the International Football Association Board has been against this from the outset.

The 54-year-old did admit there have been four incidents where VAR has made an error in overturning the original decision by a referee.

But Riley added: “I remember talking to Howard (Webb) when he had started working at the MLS and he had been working with it for a while.

“He said, ‘the worst outcome is where the refereeing team on the field of play make the right decision and VAR intervenes to make the wrong decision’ but it will happen because it happens everywhere.

“There will be times when we don’t intervene when everyone thinks we should, but still that will be a better place to be than intervening when everyone says, ‘no we definitely shouldn’t’.”