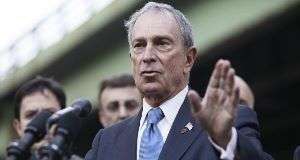 The Russian Athletics Federation (RusAF) has been banned from competition since 2015 and the suspension will now continue indefinitely as the Athletics Integrity Unit (AIU) made its latest recommendations to the council.

On Thursday “several senior federation officials” from RusAF were charged with and provisionally suspended for tampering and complicity.

In its findings, the AIU taskforce called for the immediate suspension of the reinstatement process until the latest charges had been answered.

World Athletics then confirmed on Friday evening that it had taken the step to halt Russia’s return to competition.

“There is an ongoing process and we have to respect that process,” taskforce chairman Rune Andersen said in the statement.

“There are charges laid by the AIU which we need to respect, and the AIU needs to receive feedback from RusAF by 12 December.

“When we have the answers from the AIU on what has been going on and what the process will be, then we will convene and look at the whole structure and we will come up with recommendations to the council.”

World Athletics president Lord Coe added: “It is really important that we continue with the process we began in November 2015. The recommendation that was given to us today, and unanimously accepted by the council, was in the spirit of that process.

“We will take this through to wherever we need to take it to protect the athletes and the sport.”