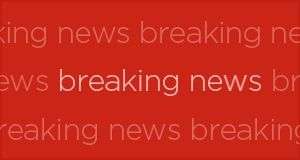 Rafael Nadal celebrated ending the year as world number one with victory over Stefanos Tsitsipas at the ATP Finals.

Roger Federer’s win over Novak Djokovic the night before ensured Nadal will become the oldest man to finish the season top of the tree.

It is the fifth time Nadal has ended the year ranked first, tying with Federer, Djokovic and Jimmy Connors.Rafael Nadal celebrates his win (John Walton/PA)

However, if he is to go on and win his first ATP Finals title, the 33-year-old Spaniard needs a favour from Daniil Medvedev later on Friday.

If Medvedev beats defending champion Alexander Zverev, Nadal will meet Federer in a blockbuster semi-final. If Medvedev loses, Nadal is out.

Whatever happens, he will leave London with some silverware after being presented with the year-end world number one trophy.

Nadal said: “I’m super happy, after all the things I went through in my career in terms of injuries, to have this trophy in my hands at the age of 33-and-a-half.

“It’s something really, really emotional for me, a lot of work. Without all my team and family here, this would be impossible, so thank you very, very much.”

Nadal had somehow recovered from 5-1 and match point down to beat Medvedev on Wednesday, and he needed to come from behind again to overhaul Greek youngster Tsitsipas, who put up a tremendous fight for someone who had already booked his place in the semi-finals.

Both players dropped just seven points on serve as the first set moved inexorably towards a tie-break, and it was Tsitsipas who took it with an ace.

After an hour and 18 minutes Nadal brought up the first break points of the match, but Tsitsipas repelled both, and another in his next service game.

However, at 4-4 Nadal eked out a fourth break point and this time made it stick, Tsitsipas spraying a forehand wide and surrendering the set.

Tsitsipas’ unforced error count was on the increase as Nadal kept up the pressure. He created five break points in the deciding set, while Tsitsipas did not force one all match.

The breakthrough came at 5-5, Tsitsipas unable to control a volley from another punishing Nadal forehand, and after two hours and 52 minutes the 19-time grand slam winner wrapped up a 6-7 (4) 6-4 7-5 victory.