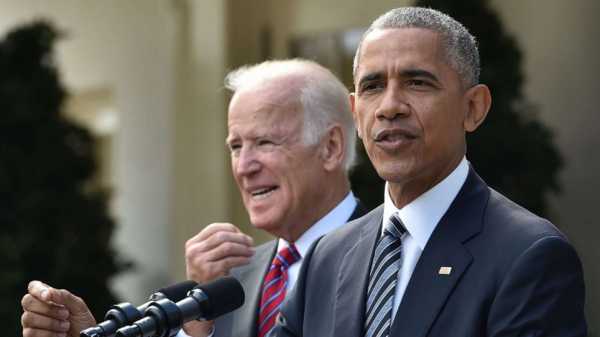 Former President Barack Obama is no longer sitting on the sidelines of the 2020 Democratic primary, wading into the political sphere with both a warning against «purity tests» and a reassurance to quell anxieties about the size of the field in front of a room of wealthy Democratic donors.

Add Barack Obama as an interest to stay up to date on the latest Barack Obama news, video, and analysis from ABC News.

«We are going to need everybody. We will not win just by increasing the turnout of the people who already agree with us completely on everything,» Obama told a crowd packed inside a rustic living room in the California hills of rising Democratic megadonor Karla Jurvetson, who gave more than $12 million during the 2018 election cycle, «which is why I’m always suspicious of purity tests during elections, because you know what, the country is complicated.»

With a Democratic primary field that still counts 17 candidates less than three months before the first votes in Iowa, Obama reminded the folks in the room, «We had a massive field in 2008.»

«People don’t remember that. But we had senators, governors and congressmen. We had a big, crowded field,» he said. «Man, we had so many debates I felt like I was debating every day,» he said.

The former president also sought to frame the policy rifts between the large field of Democratic candidates as «tactical disagreements,» appearing to step into the fold as a voice of reason to temper the party’s concerns over the strength of the candidates and keep the focus on defeating his successor. 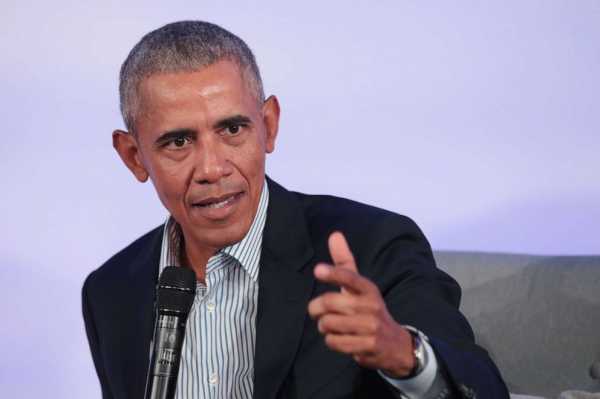 Former President Barack Obama speaks to guests at the Obama Foundation Summit on the campus of the Illinois Institute of Technology on Oct. 29, 2019 in Chicago.

«There will be differences, but I want us to make sure that we keep in mind that relative to the ultimate goal, which is to defeat a president and a party that has, I think, taken a sharp turn away from a lot of the core traditions and values and institutional commitments that built this country,» he said. «Compared to that goal, the differences we’re having right now are relatively minor.»

«Everybody needs to chill out about the candidates,» he added, «but gin up about the prospect of rallying behind whoever emerges from this process.»

Last week, Obama made a rare foray into Democratic politics, appearing to deter the push to the left in the primary — without mentioning any candidates by name — which he cautioned could potentially alienate moderate voters.

He sought to clarify exactly what he meant last Friday when he said, in part, «The average American doesn’t think we have to completely tear down the system and remake it,» according to The New York Times.

«I said something earlier that one aspect of it got amplified, and one aspect of it did not get as much notice,» he began, before adding, «I think it’s important for us to remind ourselves of where voters are in a general election, which is different from the Democratic primary.»

He then clarified, «The average voter, even ones who aren’t stalwart Democrats, are more independents, low-information voters, they don’t feel that things are working well. But they’re also nervous about changes that might take away what little they have and so there’s always a kind of battle in politics between hope and fear.»

As some of the White House hopefuls often tout their vision for a future as more than just a return to normalcy, Obama, too, encouraged the class of Democratic presidential contenders to be bolder than his administration.

«I want people to more think in terms of, ‘We all have the same goals, how are we going to be strategic and tactical about building on the progress that we’ve made, being bold about the next set of challenges that we face, but not losing sight of the fact that we got to bring your country along with us,'» he said.

(MORE: Trump hits back at Obama rebuke of divisive language in wake of mass shootings)

He also noted the difficulties of running as a minority candidate with such a diverse field in 2020, but asserted confidence in their ability to deliver an inclusive message that can overcome the «resistance.»

«We have a number of women candidates, and we have one gay candidate, and those candidates will have barriers if they win the nomination or they win the general election, just like I did,» he said. «And so, are there going to be people who are in the back of their mind thinking ‘I don’t know’ — just like there were people who said, ‘I don’t know about Barack Hussein Obama.’ But you know what? You can overcome that resistance if the way you’re framing these issues and messages indicate, ‘Look, I’m part of an American tradition of opening up opportunity … and treating everyone fairly.’» In this June 11, 2014, file photo, President Barack Obama is greeted by then-Massachusetts Gov. Deval Patrick, upon his arrival at Worcester Regional Airport in Worcester, Mass.

Throughout the nearly hour-long Q&A session with his former labor secretary-turned-Democratic National Committee Chair Tom Perez, Obama threaded a message of unity to ensure the eventual nominee has the backing of the full party.

(MORE: 2020 candidates give more attention to climate change than in past elections)

At the end of the primary, he said, «There’s going to be one person, and if that is not your perfect candidate and there are certain aspects of what they say that you don’t agree with, and you don’t find them completely inspiring the way you’d like — I don’t care. The stakes are so high that you cannot afford to be ambivalent in this race.»

The fundraiser with the one-time leader of the Democratic Party — his first for the DNC for this cycle — raised cash for the committee’s Unity Fund, which is geared toward the general election. The event drew a crowd of about 100 people, including Golden State Warriors guard Steph Curry, and his wife, Ayesha, who introduced Amy Rao, a Silicon Valley-based Democratic bundler. Tickets ran as high as $355,000, which also promises a VIP reception at next year’s convention, according to an invite obtained by ABC News.

In this file photo taken on Nov. 9, 2016, President Barack Obama together with Vice President Joe Biden addresses the nation publicly for the first time since the election of Donald Trump as his successor, at the White House in Washington, D.C.

But it comes as the DNC continues to lag behind its Republican counterpart in fundraising. The latest Federal Election Commission filings show that the DNC raised just a little more than one-third of what the Republican National Committee raised during the month of October, continuing the two parties’ fundraising gap that has been going on for months.

As the general election inches closer, the DNC ended the month with just $8.7 million cash on hand and $7 million in debts and obligations, compared to the $61.4 million the RNC has stocked up in its war chest, FEC filings show. But the Republican Party rakes in cash through joint fundraising committees with President Donald Trump, giving the committee an apparent fundraising advantage over Democrats.

In a still unsettled primary contest, the DNC has joined forces with some of the presidential candidates, including front-runners former Vice President Joe Biden; South Bend, Indiana, Mayor Pete Buttigieg; and even Sen. Elizabeth Warren, who has sworn off high-dollar fundraising for her presidential campaign, among others. Former presidential candidate Hillary Clinton also helped raise money for the committee just last month.

(MORE: Democrats hone in on electability and unity at debate: ANALYSIS)

While all proceeds from Democratic presidential candidates’ fundraising with the DNC goes to the party committee, the committee’s fundraising woes stretch back many years, and could ultimately be a challenge for the party against Trump’s war chest.

Obama acknowledged the disadvantage Thursday, saying Democrats won’t match the Trump-backed GOP «dollar for dollar.» But he implored some of the party’s biggest donors in Silicon Valley to go deeper into their pockets to commit more resources to Democrats this cycle.