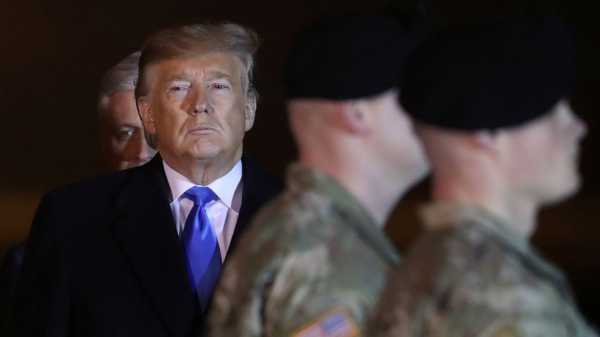 The president saluted the flag-draped cases carrying the service members’ remains as they passed by at Dover Air Force Base; he also met with the pilots’ family members, according to the White House.

The ceremony marked Trump’s third visit to Dover to honor the returning remains of service members, also known as a «dignified transfer» and what Trump has called the «most unpleasant thing I do.» 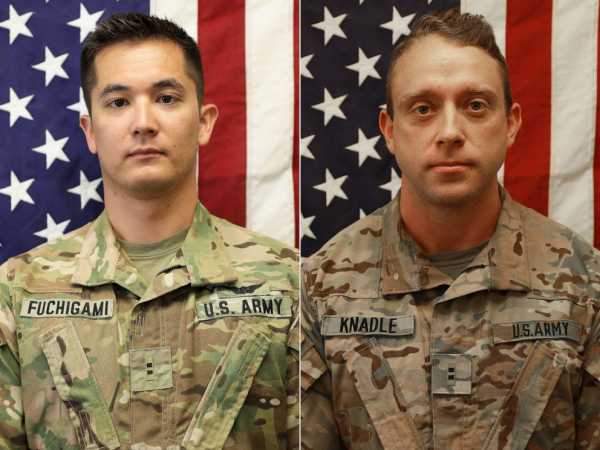 Those traveling with the president included first lady Melania Trump, Chairman of the Joint Chiefs of Staff Gen. Mark Milley, national security adviser Robert O’Brien, acting White House Chief of Staff Mick Mulvaney and actor Jon Voight, according to reporters traveling with the president; Trump had presented an award to Voight at the White House earlier in the day. An earlier report indicated White House press secretary Stephanie Grisham would travel to Dover, but she did not go.

(MORE: 2 US service members killed in helicopter crash in Afghanistan)

Trump previously attended ceremonies in February 2017 and in January 2019.

«I go to Dover when I can, but it’s — it’s so devastating for the parents that — you know,» Trump said at White House event last month, as he explained why he was pulling some troops out of Syria. «It’s so devastating when they bring that boy or young woman out of the back of those big, powerful planes in a coffin, and the parents are there.» 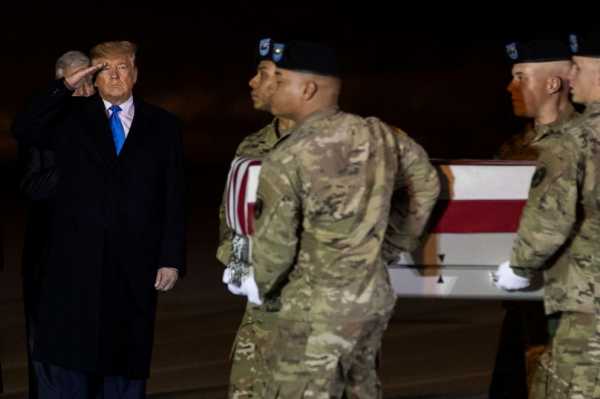 Knadle and Fuchigami died «when their helicopter crashed while providing security for troops on the ground,» according to a Pentagon statement. The incident is under investigation.

The two deaths bring the number of combat deaths in Afghanistan this year to 19, making 2019 the deadliest year for U.S. forces there in five years.

There are still 13,000 U.S. troops in Afghanistan, most of them involved in a mission to train, advise and assist Afghan security forces in their fight against the Taliban and the ISIS affiliate in Afghanistan.

(MORE: 18-year-old US soldier to serve in Afghanistan 18 years after conflict began)

Both Knadle and Fuchigami had just arrived in Afghanistan, beginning their deployment in October 2019. Knadle joined the Army in April 2013, and following his initial training was assigned to the 1-227th in April 2015 as an Apache pilot.

Fuchigami joined the Army in May 2017, and following his initial training, he was assigned to the 1-227th in October 2018 and served as an Apache pilot.

How Trump and Republicans are obstructing the impeachment process