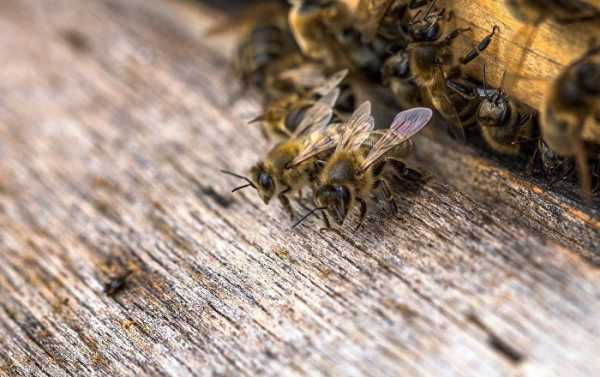 The analysis conducted by Professor David Goulson, one of Britain’s leading ecologists says that 50 percent of insects have perished since 1970 as a result of habitat loss and the heavy use of pesticides. Goulson notes that this number could be even higher.

A new scientific report warns that if we don’t stop extinction and decline in the population of insects it would pose catastrophic consequences to all forms of life on Earth. Three quarters of crop types grown by humans are pollinated by insects, we wouldn’t be able to feed ourselves if they disappear.

The research for the Wildlife Trusts, which has a particular focus on the United Kingdom, says 41 percent of insect species are threatened with extinction. Twenty-three bee and wasp species have died out in the United Kingdom since 1850, the report said, while the number of butterflies that specialise in particular habitats have declined by 77 percent. The research сites another scientific review conducted by an Australian entomologist, who stressed humans are witnessing the largest extinction event since the late Permian.

“This unnoticed apocalypse should set alarms ringing. We have put at risk some of the fundamental building blocks of life, said Gary Mantle”, said chief executive of the Wiltshire Wildlife Trust.

Causes of Decline and Extinction

Habitat loss caused by land clearance, increased use of pesticides, and climate change are behind the extinction of insect species and the decline in their population. Professor Goulson says 98 percent of wildflower meadows and 50 percent of ancient woodlands have disappeared in Britain since 1950, while the use of pesticides has doubled in the last 25 years. Even a tiny dose of chemicals can have a nearly lethal effect on insect behaviour. With regard to climate change, the report shows that the ranges of some insects have started to shift in response to the changes and there is evidence that some pollinating insects appear at a different time than their host plants.

Impact on all Life Forms

The research notes that much of the world’s attention has been focused on other animals although insects “are far more important for the functioning of ecosystems” with their decline and extinction posing catastrophic consequences to all forms of life. They act as pollinators, food for other species, nutrient cycling, and are responsible for pest control and decomposition. Between 1967 and 2016, the population of the spotted flycatcher fell by 93 percent in Britain.

The report stressed that it is not too late for the international community to address this issue as insect populations can rapidly recover if we introduce significant changes by reducing the use of pesticides, greening cities, and creating an insect friendly habitat with a special focus on farmland. “No matter how many gardens we make wildlife friendly, if 70% of the countryside remains largely hostile to life, then we are not going to turn around insect decline”, Professor Goulson said.

The report noted that every individual can contribute to the rescue process by growing flowers and planting trees, not using pesticides in the garden and by simply not mowing lawns, allowing flowers to grow.