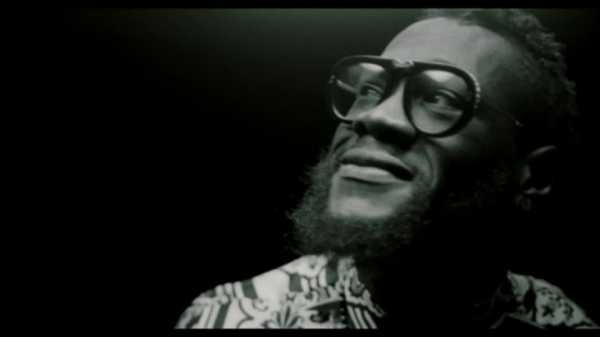 Perhaps the seeds for a damaging heavyweight upset in New York City were sewn when Luis Ortiz clocked Deontay Wilder and, for several heart-in-mouth minutes, the giant champion teetered and was out of control.

That was 15 months before Anthony Joshua was brought down by Andy Ruiz Jr in the same city — Wilder, although badly damaged by Ortiz, recovered to win and tonight will fight him for a second time from 2am live on Sky Sports Action. It is a calculated risk of a WBC heavyweight championship rematch, and one that could backfire.

Since beating Ortiz last year, Wilder has had a dramatic draw with Tyson Fury then knocked Dominic Breazeale into a different time zone. Nobody, however, has hurt him like Ortiz did.

«I was buzzed, highly buzzed, but I had my consciousness,» he admitted. 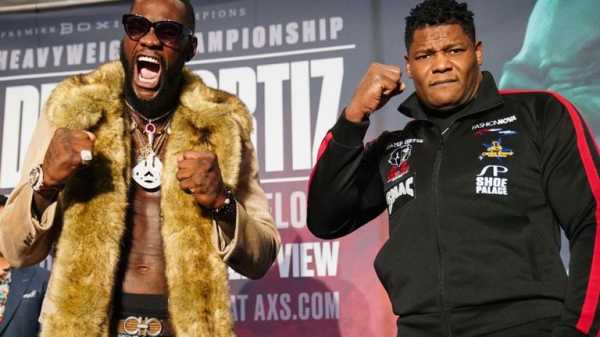 That fight ended in a 10th-round knockout in Wilder’s favour when he gained a second-wind just as Ortiz had thrown everything he was able to throw but it was a close-shave. This time around, they both enter with a healthy fear of each other’s punches.

«I’m not just going to rush. I’ll take my time,» Wilder exclusively told Sky Sports. «When you fight a guy like Ortiz, you can’t just do anything [that you want to do]. Why don’t you think anybody else wants to fight him? They say he’s old — if he’s old, go and whup his old ass then? That’s not the case. They know his skill level.

«He won’t rush me because he knows I have power.

«High risk, low reward? You have to prove yourself. I walk it like I talk it.

«He has more experience than I do, but my will and demeanour will overpower whatever he wants to do.»

Wilder’s camp are still miffed that he hasn’t received due credit for beating Ortiz. They are annoyed that he is regarded largely as merely a power-puncher, antagonised by online jokes about his untamed, swinging punches.

«Deontay’s boxing ability is underrated,» trainer Jay Deas told Sky Sports. «Remember, sometimes there is a bigger objective and if that costs you one or two rounds, it’s no big deal. You may be trying to get your foot in a certain position, or get the opponent in a certain position, so you can land your big shot. In doing so, maybe you don’t win the round but you get closer to your real objective of landing your big shot. 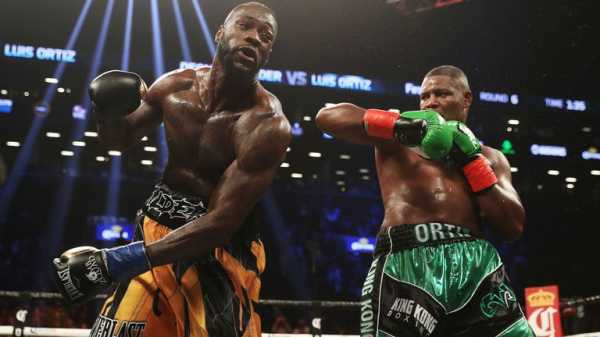 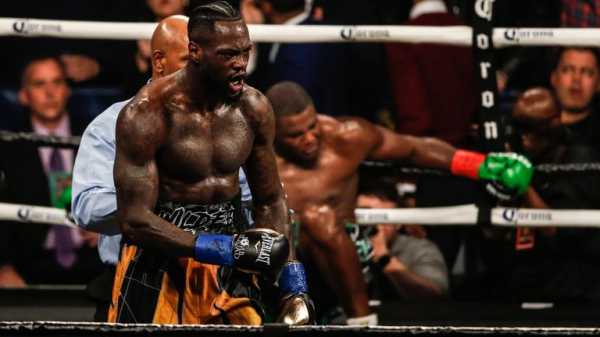 «The Gerald Washington fight is a prime example — people had us a couple of rounds behind, but that’s OK because it took time to get Gerald into a certain position, which was our primary objective.

«Look at the second Bermane Stiverne fight — the one-two that Deontay landed was as textbook as you can get. He can do the textbook stuff but also lands awkward, unorthodox shots — he can do both.»

Alabama’s Wilder, undefeated in 42 and making his 10th title defence, answered critics with aplomb when he chose to face Ortiz the first time.

For Ortiz, aged 40 and challenging for a world title for the second time, it is boom-or-bust tonight.

«He defected from Cuba, he sailed all the way here, he could have been eaten by sharks or captured,» Wilder said. «He’s had a long journey to get here. Sometimes in life, people need a second opportunity and I’ve given him that.

«[Our first fight] was his ultimate moment. He did what he could do but I’m a true champion. What guy do you know who fights with broken hands, a broken arm, third-degree burns?»

A bond over their respective disabled daughters is an endearing subplot to tonight’s fight in Las Vegas — and so is the scouting mission of Ben Davison, Fury’s trainer, at ringside. 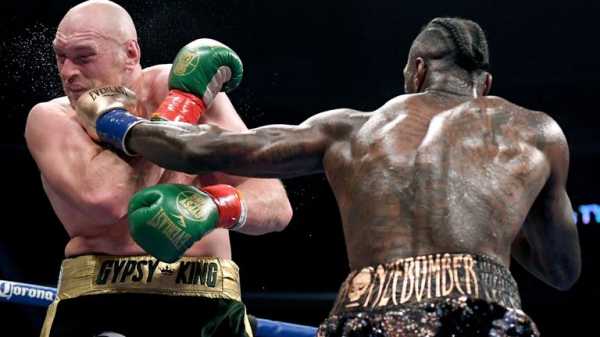 Wilder beamed back: «He’ll see what he always sees from Deontay Wilder, nothin’ but greatness and a devastating knockout.»

Ortiz came within a whisker of an upset last time and, since then, we’ve seen a far bigger shock in a heavyweight title fight. But Wilder has become a master of maximising his ferocious skill-set and, a fortnight before Joshua faces Ruiz Jr again, he can throw down the gauntlet tonight.

After seeing Fury get badly cut against Otto Wallin, and only a referee’s decision to stop the fight because of that cut away from losing, people were questioning whether Wilder fighting Ortiz was worth the risk. As Fury’s fight, and AJ vs Ruiz Jr, had proved, anything can happen in boxing so why jeopardise Wilder vs Fury II by having Wilder fight Ortiz first? 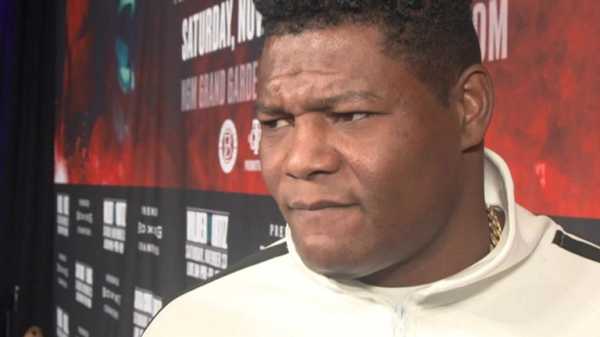 Their first fight was an absolute belter and it very nearly did all go wrong for Wilder. Wilder put Ortiz down in round five but then Ortiz caught Wilder at the end of the seventh and the champion was almost out on his feet; he badly needed the bell and staggered back to his corner. It didn’t seem like the minute between rounds would be enough for him to recover but he survived.

Ortiz just didn’t seem to have the gears to really put it on Wilder again and it was Wilder who got the win, dropping and stopping the Cuban in the 10th. It was just tremendous stuff and we can only hope the rematch is something like as good.

Wilder vs Ortiz is on Sunday morning at 2am, live on Sky Sports, after Callum Smith vs John Ryder on Saturday night.