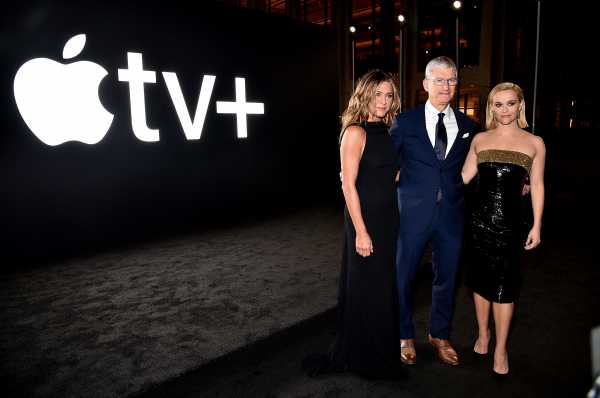 Netflix has ruled the streaming video world for years. Now Apple, Disney, and other big companies are trying to change that: They’d like to claim some of the time and money you give to Netflix — which has nearly 160 million subscribers worldwide — and they’re going to spend billions trying to make it happen.

Which is why you’re hearing a lot right now about Apple’s new streaming service, which launches Friday, and Disney’s, which launches a couple of weeks after that. And you’ve probably heard about WarnerMedia’s new take on HBO, which will come online in May but got a big debut this week.

It’s also why you may be confused about all of this. What is all of this stuff? How much do I pay for it? And do I want to watch any of it, anyway?

We hear you, dear reader and fellow binger. And we are here to help. Let’s start explaining the Streaming Wars and why you should care about them.

Big picture first: The good news is that an astonishing amount of new entertainment is coming your way, delivered conveniently over the internet and funded by billions of dollars in spending from some of the biggest companies in the world.

The bad news: Some of the stuff you used to find easily in a few places, like on Netflix, is moving to other services, which will require more work, and eventually more money, to watch.

The other good news, for now: While some of this stuff will cost money, a lot of it will be free — or, at least, free for many people — because the giant companies that are spending billions on this stuff want to sign up new users as fast as they can as they try to catch up with Netflix. They can worry about charging you money (or more money) later. And if that doesn’t work, they’ll try showing you ads.

That last point was driven home this week by AT&T’s WarnerMedia, the company formerly known as Time Warner: In May, WarnerMedia will launch HBO Max, a super-sized version of HBO, which will feature everything that’s already on HBO plus lots of old shows like Friends and new shows made just for the service. Eventually, WarnerMedia wants to charge more for that service than it does for HBO, which generally costs $15 a month. But for now, WarnerMedia will charge only $15 a month for HBO Max.

That price is part of WarnerMedia’s plan to convert current HBO subscribers into HBO Max customers — which should not be a hard sell, considering it’s offering all the new programming on HBO Max at no extra cost, for now. In the words of WarnerMedia CEO John Stankey, the deal is an “IQ test” — meaning you’re a dummy if you don’t sign up for it. Perhaps his employees will use a slightly softer pitch when starting up their marketing campaign.

Now let’s go through the new players chasing after Netflix:

What is it? For now, it’s a modest selection of big-budget TV shows, including The Morning Show, a fictionalized version of real-life infighting at NBC News that stars Jennifer Aniston, Reese Witherspoon, and Steve Carell; and See, a sort-of-Game-of-Thrones-looking adventure story starring Jason Momoa.

What does it really cost? Apple is going to give away year-long subscriptions to the service to anyone who buys certain Apple hardware, most notably new iPhones. Which means many, many millions of people will have Apple TV+ subscriptions over the next year.

Do I want to watch it? The first batch of reviews for Apple’s new shows have not been enthusiastic. But Apple will continue to roll out new shows every month. And, again, you will probably get it for free.

Why is Apple doing this? Because Apple’s hardware sales are slowing, it is looking to generate more revenue from the sale of services, like Apple Music and App store purchases. $5 a month isn’t a lot, but Apple has a lot of iPhone customers, which means that business could grow fairly large fairly quickly. And Apple wants to use Apple TV+ to attract users to its TV app, where it will sell subscriptions to other services, like HBO and Starz, and then take a cut from those transactions.

What is it? A very, very large selection of Disney’s movies and TV shows, including many of its Marvel, Star Wars, and Pixar titles, as well older movies and new programs made exclusively for the service, like the Mandalorian, a big-budget Star Wars series.

What does it really cost? Verizon has a deal with Disney which will give a year of Disney+ free to some of its customers, like those who get “unlimited” wireless data plans. Disney has also been offering discounts to customers who sign up for multi-year subscriptions, and it is offering a discount to customers who already pay for its ESPN+ sports streamer or for Hulu, the TV streaming service Disney recently acquired.

Do I want to watch it? If you are a kid or have a kid, probably. Also if you like Marvel movies, Star Wars movies, and Pixar movies.

Why is Disney doing this? Disney spent years renting its stuff to Netflix, and Netflix used those shows and movies to build a giant service. Now Disney is taking much of that stuff back from Netflix — and forgoing a lot of licensing money — to build a would-be Netflix rival — or, at least, a service that people will pay for in addition to Netflix.

What is it? The HBO service you already know, plus a grab bag of stuff Warner controls but that you may not realize belongs to Warner. That means sitcoms like Friends and Big Bang Theory, and documentaries from CNN, and animation from its Cartoon Network. Warner is also spending big money to buy other people’s stuff, like Viacom’s South Park, and it is making its own programming for the service, like a show based on its DC Comics’ Green Lantern character.

What does it really cost? AT&T says it will automatically offer HBO Max for free to the 10 million HBO customers who subscribed to the service through AT&T, plus anyone who signed up for the service directly via its HBO Now site; it will also offer it for free to some other customers who get a bundle of its wireless, broadband, and video services.

AT&T also wants to get HBO subscribers who have subscribed via other distributors, like Comcast or Apple, to transfer over automatically as well. But it will have to negotiate with each distributor for that to happen. You could also go ahead and do the work yourself by canceling your existing HBO subscription and signing up at the HBO Max site.

Do I want to watch it? Warner doesn’t have the same instant brand appeal that Disney has. But Friends and Big Bang Theory are popular shows, and lots of other stuff in the HBO Max bundle will appeal to different audiences, like DC comics fans. And, again, Warner is hoping that it will be able to convert tens of millions of HBO subscribers simply by telling them that they can get the new service and all its additional content for no extra cost. (For now!)

Why is WarnerMedia doing this? AT&T paid more than $85 billion for Time Warner, and it believes it can make one of the world’s biggest entertainment companies even bigger by distributing much of its stuff over the internet directly to consumers — just like Netflix is doing and like Disney wants to do.

What does it cost? Comcast will give the streaming service away to its 21 million pay TV subscribers. And it wants to give it away to pay TV subscribers on other platforms. It will also sell it directly to customers who don’t have pay TV, though it hasn’t yet announced that price.

What does it really cost? Expect Comcast to find a way to come in at that $5 to $7 range now that Disney and Apple have set their prices so low, but also expect a lot of giveaways, too.

Do I want to watch it? If you are used to watching NBC shows on Hulu (which NBC currently owns a piece of but won’t in a few years) or Netflix (which NBC has been selling its shows to for years), you probably will, since those shows will be migrating over to Peacock over time. And there are some zealous Battlestar Galactica fans.

Why is Comcast doing this? In part, because it had to: NBC used to use Hulu as its primary streaming distribution outlet for its TV shows, but that is going away as Disney takes control over the service. NBCUniversal thinks there will be a large audience interested in a “free” service (if that audience gets pay TV) and won’t mind seeing ads. And the company thinks it can sell ads for the stuff it shows at much higher prices than other free, ad-supported options like YouTube or Facebook.

But wait! That’s not all. As the new guys flood into your TV and phone screens, the old guys — that is, Netflix and Amazon, which has also been spending billions on streaming over the last few years — are retooling too, trying to find new ways to make more shows that appeal to even bigger audiences.

While they’re not giving their stuff away for free — Netflix subscriptions start at $9 a month in the US; Amazon makes its video available to subscribers to its Prime service, which sells for $119 a year — they won’t be able to raise prices anytime soon, because of the competition. This doesn’t seem sustainable in the long term, and we’re probably going to look back at this era as an amazing #content bubble. Enjoy it while it lasts.