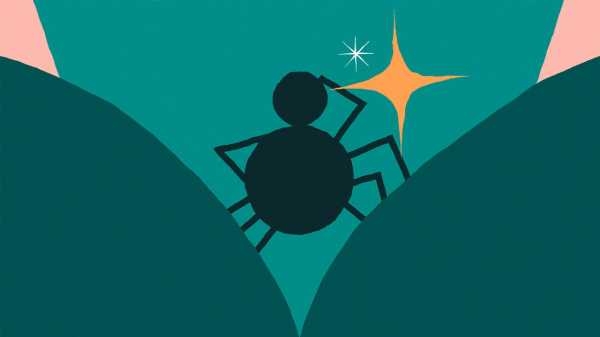 The arc of David Attenborough’s career tracks the public’s changing understanding of the natural world.

In the nineteen-thirties, in Leicester, England, a future knight of the realm named David Attenborough developed an obsession with finding fossils. He would ride his bicycle to old iron quarries and knock on rocks with a little hammer—some would fall apart and reveal an ammonite shell, perfectly preserved, unseen for a hundred and fifty million years. “That mine were the first human eyes to fall on it? Well, that’s thrilling!” he told The New Yorker, in an interview. Sir Attenborough, who is now ninety-three and going strong, never lost his deep well of wonder, his drive to find the unseen, or his electric sense that the world out there contains magic. Luckily for the rest of us, he wanted to share this joy, and had the style, command, wit, and voice—the voice!—to do so incomparably. “I don’t make these programs out of some kind of proselytizing view that people ought to be interested in them,” he has said. “I do it because I’m interested in them and it gives me huge pleasure.”

When Attenborough joined the BBC, in 1952, he had only ever seen one television program, and yet he quickly helped create a popular series called “Zoo Quest,” for which he travelled to remote parts of the world to film animals in their natural environments and to bring some of them back to the London Zoo. (His work on this program was the last time he captured wild animals.) It’s a format that has become familiar—Attenborough was the first to do it. His crew shot what is believed to be the first footage of the Komodo dragon, in Indonesia. He then became an office man and commissioned, as controller of the BBC, programs including “Civilisation,” “The Ascent of Man,” and even “Monty Python’s Flying Circus.” But he wanted to be back in the field, using the science-focussed, educational format that those history programs pioneered. In the late nineteen-seventies, he began “Life on Earth,” a landmark documentary series that brought previously unseen and unknown animals and plants to hundreds of millions of living rooms. That led to many more series (such as the first and second “Blue Planet”), awards, and titles too numerous to list.

In 2015, a group of scientists identified sixty new species of dragonflies. Klaas-Douwe B. Dijkstra, the lead researcher, named one, an iridescent-blue pintail, for Attenborough (Acisoma attenboroughi), to honor him on his ninetieth birthday. Dijkstra said, “I’m happy to report that your dragonfly is actually very common. Every farmer can find it in her paddy, every fisherman can see it in his pond, every schoolchild can find it in the yard. It simply is another one of those species that is unique, but no one noticed that it was.” It was the perfect honor. People do not care about what they do not know, and Attenborough, perhaps more than anyone else alive, has helped teach people to see not only what he calls the “infinite variety” of life on Earth, in all its fragility and magnificence—he talks, in the video above, about how even spiders have distinctive personalities—but also the infinite number of problems that evolution continues to solve.

The arc of Attenborough’s career tracks the public’s changing understanding of the natural world: from something that was ours to exploit and which we could not possibly harm to something that people have irreversibly endangered, bringing about an era of mass extinction and catastrophic global heating. But he has also shown us, again and again, how extraordinarily creative and resilient life is. Our species has the capacity to marvel in this bounty, which means we have the responsibility to do something to protect it.