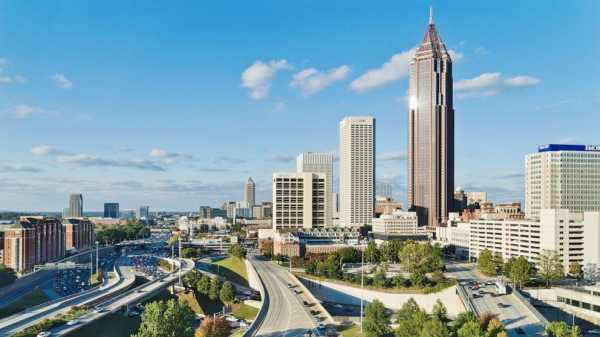 Atlanta, host of the fifth Democratic debate, is a rapidly growing example of what is becoming a trend among the South: the “great reverse migration.”

In the midst of this change, statewide Democrats saw unprecedented success in the 2018 midterms, flipping fourteen state legislative seats in the House and two in the Senate.

Part of that success, experts say, can be credited to the growth of the black voting-age population in Atlanta and the surrounding suburbs.

Data compiled by Stateline, an initiative of The Pew Charitable Trusts, of 2018 census population estimates, shows that seven of the 10 counties with the fastest-growing black population are near Atlanta. In the last decade, the region has seen a 14 percent increase in black voting-age residents, compared with a three percent rise for white residents, according to research compiled by William Frey, a demographer at the Brookings Institution, from the Current Population Survey.

Rep. El-Mahdi Holly, a black Democrat who flipped a seat from red to blue by 13 points in Henry County in the Atlanta suburbs, is evidence of this change. His district is largely working-class, but demographic shifts skewed the district’s politics further left.

The once-rural county has been subject to the suburban sprawl of Atlanta: In 1980, the county was 81 percent white and by 2015, that number dropped to to 47.3 percent, while minority communities skyrocketed to 49.4 percent, according to the Atlanta Regional Commission.

Holly says a factor in his election was his investment in deeply understanding his constituency and the diverse issues they face.

“If you really want voter engagement, oftentimes you have to listen to them and understand what their daily routines are,” Holly said.

Republicans maintained their control over the state legislature in 2018, but trends show that Democratic voters could continue to feather out of larger cities in the state.

As a result of the trend of black Americans moving to the South, and in concentrated areas, the number of majority-black cities and suburbs are on the rise, as well. In 1970, 460 cities were majority-black, and in 2017, that number skyrocketed to 1,262, according to a report by Brookings Institution’s David Harshbarger and Andre Perry.

“Black suburbanization was another driving force in the development of black-majority cities,” according to the report. “This mass relocation from core cities to inner- and outer-ring suburbs allowed for access to less segregated communities than the (often older industrial) principal city nearby.”

According to Holly, the growth of the black population in Henry County is especially concentrated.

“I’ve been a resident of Henry County going on 17 years now. And so I’ve seen the transition even from my local neighborhood,” Holly said. “We have seen the black voting-age population quintuple in size in the last probably little more than 10 years.»

He credits the county’s rise to the cheaper cost of living outside of the city and ability to commute, coupled with an investment in workforce development.

Henry County’s percentage of black residents of all ages grew from 39% to 48% from 2010 to 2018, according to Stateline’s analysis, the largest increase in the country behind its neighboring Rockdale County, which grew from 48% to 59%. Douglas, Newton, Gwinnett, Clayton and Fayette counties also made the top 10.

Maryann Erigha, an associate professor in sociology and African American studies at the University of Georgia, said that growth, coupled with increased voter engagement, has the potential to alter the political landscape of the state in 2020 and years to come.

“It just seems as though the black constituency is going to increase if this trend continues,” Erigha said. “A lot of black voters are voting Democratic. So we see that there’s a potential for a lot of shifts in terms of seats across the country and across the state to turn from Republican to Democrat.”

In 2016, Georgia began automatically registering voters in driver’s licenses offices. Since then, about 365,000 new voters have registered a year, according to the Secretary of State’s office. Georgia’s voter rolls are now at a record-high 7.4 million.

Many of the newly-registered voters are minorities or under 30, both groups which tend to vote Democratic, according to a Pew Research Center poll of Georgia voters. 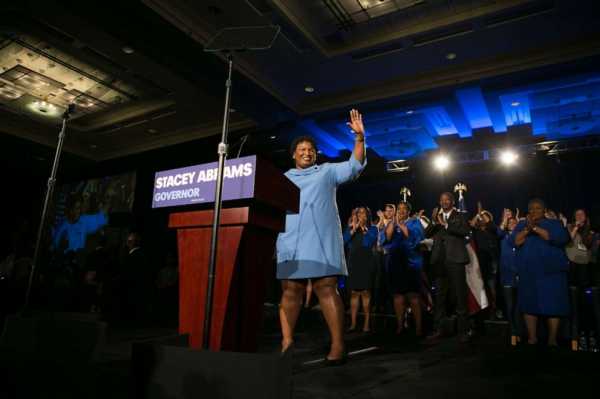 With both Senate seats on the ballot in 2020, Georgia has the potential to shape into ultra-competitive races, not unlike the race for the state’s governorship between Stacey Abrams and former Secretary of State Brian Kemp in 2018.