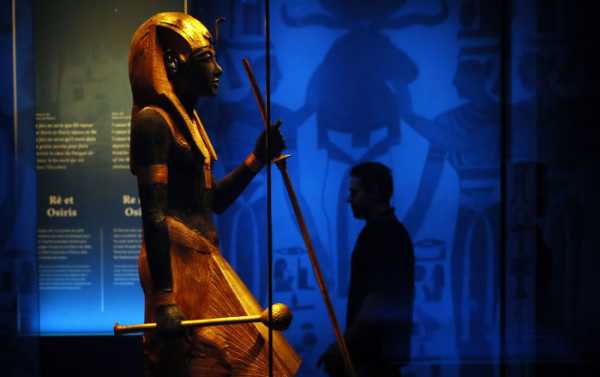 In 1922, Howard Carter revealed the treasures of Tutankhamun, the so-called “boy king” who became the omnipotent ruler of Ancient Egypt at nine but mysteriously died several years later. Part of his greatest discovery even followed him to his grave.

Egyptologist Zahi Hawass has revealed that renowned archeologist Howard Carter loved one of the religious artifacts from Tutankhamun’s tomb so much that he even requested to have the prayer which is inscribed on it displayed on his tomb.

The message that travelled from the tomb of the ancient pharaoh to the British archeologist’s gravestone reads: «May your spirit live, may you spend millions of years, you who love Thebes, sitting with your face to the north wind, your eyes beholding happiness.”

The cup, which is known as the Lotus Chalice, became one of the first artifacts which the British archeologists discovered in Tutankhamun’s tomb, as it reportedly rested on the ground behind the way-in of the corridor to the antechamber.

The enigmatic pharaoh’s final abode, located in Egypt’s mysterious Valley of the Kings on the west bank of the Nile, opposite Luxor, was excavated by Carter, on behalf of Lord Carnarvon, in 1922.

The tomb was a veritable treasure trove that scientists and archaeologists laboured on for over eight years, as they removed the artifacts, wary of the fragile state of the tomb, with Carter ensuring that the findings were meticulously recorded. Since then, some of the artifacts remain shrouded in mystery, as little is known about them even today.

One of the greatest enigmas scientists and history enthusiasts have been perplexed by is the mystery of Tutankhamun’s death. However, Hawass has set expectations high that it can be solved soon, noting that DNA technology will assist in this effort.

According to him, DNA tests and CT scans have already shown that the Egyptian pharaoh was not murdered, as some have believed since 1968, when X-rays found bone fragments in his skull. The new tests are said to have pointed to another injury that the 19-year-old “baby king” suffered right before his death.