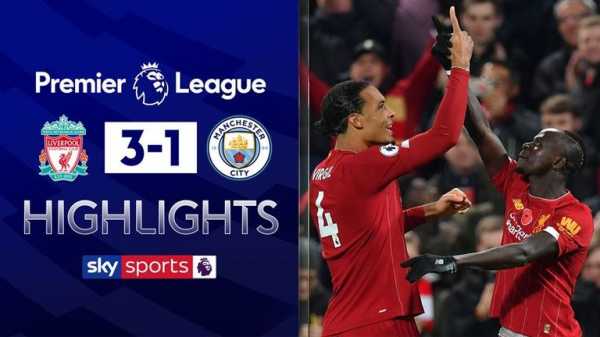 3:00 FREE TO WATCH: Highlights from Liverpool’s thrilling victory over Manchester City at Anfield

«If you would have told me that you can have 34 points [at this stage of the season], wow! It’s pretty much impossible but we did it.»

Klopp is now hoping his players return from international duty fit after forward Mohamed Salah and defender Andrew Robertson withdrew from their respective matches with Egypt and Scotland due to ankle injuries.

Salah is understood to have aggravated a problem he initially sustained against Leicester last month, which kept him out of the game against Manchester United — the only league match in which the Merseysiders have dropped points — and already could be a doubt for the trip to Crystal Palace when the Premier League resumes. 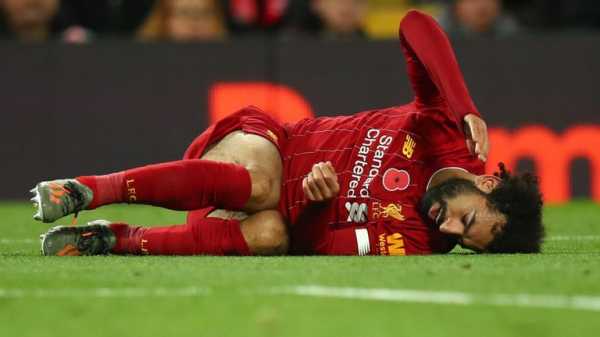 Robertson has not trained properly for a fortnight but is hopeful a two-week break will allow him some much-needed recovery time.

It leaves Klopp sweating over the condition of the rest of his squad.

«Now the boys go for the last international break of the year. They have to come back healthy. You saw it how intense it was [against City],» he added.

«Hopefully they all come back healthy and then we go to Crystal Palace. 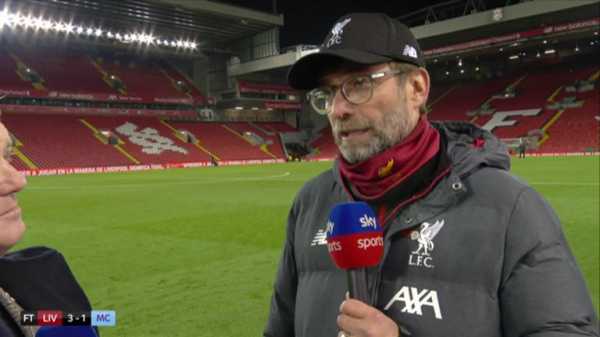 5:28 Jurgen Klopp was pleased with Liverpool’s intensity in the win over title rivals Manchester City

«I think the last games are somewhere on the planet on Tuesday in the week that we play on Saturday against Crystal Palace.

«So they will fly back on the Wednesday, Thursday have a recovery session and Friday, Saturday, ‘hello, Crystal Palace’.

«That’s the situation so nothing happens so far but it’s still the best situation we could have asked for so let’s hope we can carry on.»